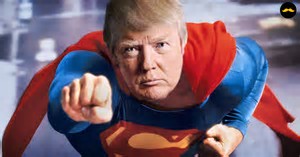 Bouncing back-the US econ is continuing to grow and improve. With what is called a record 153,168,000 being that record #.

The Labor Department's Bureau of Labor Statistics also said the number of employed Americans -- which set records in February, March and April -- set another record in June, at 153,168,000 employed.

The labor force participation is even getting slightly better, and that is indeed good news.

I haven't had any confidence in the jobs numbers put out by the Govt for as long as I can remember.

I see no reason to believe them now.

Work force participation is a huge problem. And you are right 67% is not great.

I haven't looked, don't know if there is a study or not, but I wonder what all these people are doing for $$$$?

Yep, these aren't real numbers they are fake numbers, like they were when Obama was POTUS.

Trump claimed unemployment was 25%. He's decreased it that much in just 6 months?

Of course they are crap. It's what they give us, so may as well thread them.

I was listening to CNBC and they said this is average jobs numbers, no increase in wages, and average 34 hour work week. Nibbles for the masses.

We are being led by the nose so we smile and go buy a couch.

We need the econ to increase to support the fractional reserve lending. That depends on people taking on huge and never ending debt. In the eyes of a the central bank, and angel dies every time a person pays off their home and car.

The fake news about the economy is growing, check.

Prices , interest rates and rent are going down and savings are going up... no check.

posted on Jul, 7 2017 @ 09:05 AM
link
See what happens in August, I would have a large portion of my portfolio in something secure.

posted on Jul, 7 2017 @ 09:07 AM
link
Now, if they would go back forty years to the way they figure unemployment figures, we will only be at maybe twelve percent unemployment. There is a big problem with jobs nowadays though. If you had a decent job years ago it included benefits like health insurance, vacation and holidays, pension, and a living wage. Cripes, you could even survive on minimum wage back in the seventies if you were single. There were many jobs with benefits back then. Now it is hard to find jobs like that and if you can, they want copay on insurance and high deductibles.

originally posted by: tothetenthpower
Yep, these aren't real numbers they are fake numbers, like they were when Obama was POTUS.


True. I wouldn't fault a President for the facts though ... just the lies. Whatever agency is developing and publishing these lies is no longer a part of government that's necessary.

The truth. The truth though, can be found in this article (written before 0bama became President): Ironically Named Source

A large % of productivity gains are going to the top, leaving stagnant wages. It started in the mid 1970's and has not stopped.

The average worker hasn't had a cost of living raise in over 35 years.

posted on Jul, 7 2017 @ 06:40 PM
link
I might believe the government when it gives us information that it will benefit from, but then again, maybe not.

Although it is undeniable that not all 326 million Americans are capable of employment, it is technically factual that almost 48 percent of Americans are employed and 52 percent are not employed.

I know it is more reasonable to compare numbers from the population that they consider the able bodied "work force", however that doesn't make those outside of the work force population simply disappear.

Something to consider about the able bodied "work force" demographic is that most people who are outside of that are not unemployable, be they infants, the elderly, the mentally or physically challenged, or whoever. Every human being can be exploited by an employer, even legit employers, if you find the right business niche to work in.

edit on 7-7-2017 by MichiganSwampBuck because: for clarity