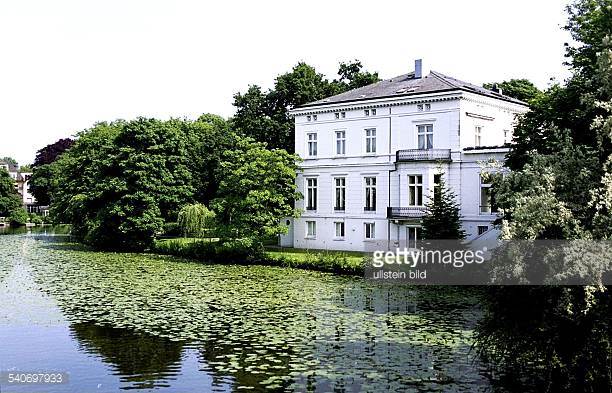 Lol, is that a swamp.


Well, it isn't the Four Seasons like he was anticipating. I have to wonder what he will make up and try to tell other attendees about his accommodations?

"They're spectacular rooms, the best! They make the Four Seasons look like Three Seasons! I've heard from people -- and a lot of people are saying this -- that German hotels are not really that nice anyway. So this guest house was 100% planned by my fantastic staff. Totally planned all along!"

originally posted by: introvert
a reply to: Blaine91555

I can agree. Not much of a big deal, but I do wonder why the WH did not plan ahead for a trip like this.

I've never heard of a president have an issue like this.


I'd imagine it was either a staff screw up or a setup to embarrass him. Likely the later.

POTUS does not set these things up in the first place. A huge advance team goes out in front of him and deals with those things for him.

It could also be that the location of the meeting is in a place not equipped to handle the needs of world leaders.
edit on 7/6/2017 by Blaine91555 because: (no reason given)

I bet he will have more luck draining the swamp there.
edit on 6-7-2017 by rickymouse because: (no reason given)

Really a "setup" by insiders on his staff? It's pretty well documented that he's got a lot of holes in his staff, and the positions he does have filled are with woefully inexperienced people.

It's far more likely that this is a staff screw up than some kind of nefarious and petty setup. Seriously now.

Given the choice between that or a hotel, I'd personally take that every time.

Not much of a story here, so I suppose people think they need to invent one around it.

I'm not a Trump fan, but it's truly sad that some are reduced to this as a way to express their hate. The words "petty" and "childish" come to mind.

And Obama's TAN SUIT wasn't even more petty and childish?

What about Chipolte-gate? Or Mustard-gate? Those ALL happened in Obama's first year TOO!

originally posted by: Blaine91555
a reply to: Kettu

It isn't a "huge deal" at all, but I do think it does shed some insight into the competency of his staff. It also doesn't exactly project the USA being "put together" and on the ball to our allies.

I'm sorry but this is just silly. Just as silly as the things you mention.

Like I said, I'm not a Trump fan, but I think this kind of nonsense is well nonsense. It does not matter who the POTUS is at the time these nutty attacks happen, it's always petty, partisan crap coming from both sides.

I still believe these types of global meetings must require close to a full year of advance planning and reservations.

No doubt some heads may roll, if this is even accurate. Who knows?

If the local community does not have the available accommodations to house the people they are hosting, perhaps the location should not have been chosen to begin with. Seems like a foul up on that end also to me.

I agree. This is certainly no small thing to set up and the organizers there should have been more on the ball also. The community hosting this does bear some responsibility for making sure their guests are accommodated.

My thoughts exactly. That is one nice place.


originally posted by: thesaneone
I love threads like this, it just shows how petty the left is.

Some of us definitely remember.

I remember reading that Osama Bin Laden is not alive, but actually had plastic surgery and was "choosen," to become POTUS and usher in an era that will allow The Anti-Christ to be born. Who we know as Barrack Obama, is actually Osama Bin Laden.

And, of course, it came from ATS. I can link the thread if pressed to do so.

I also remember hearing that Hillary fainted, had a massive heart attack, and was unsuccessfully revived. "The elite," then removed her consciousness and implanted it into a "Hillary body double," (the main proof being an image of Hillary wearing sunglasses that was clearly a body double/imposter) to continue her campaign.

I've seen multiple threads on ATS about Obama being the Anti-Christ.

I've seen multiple threads on ATS about Trump being the Anti-Christ.

And most importantly, you all blame "the other side," constantly "praise your side," never attempt to find a middle-ground, and thrive off of tit-for-tat commentary that is respective of an eleventh graders political arguments.

I've often referred to Trump supporters as cultists. I apologize. Republicans and Democrats BOTH are cultists.


That's a pretty big lake for a goldfish! But. You never know if they'd have to host other guests there as well, Antifa activists in offensive swimsuits or something like that...

posted on Jul, 7 2017 @ 07:57 AM
link
Trump or any POTUS for that matter has an Ambassador stationed in that Country to make sure that the State Department has secured an adequate accommodation for a visiting POTUS ...