Lets hope they get on Top of This. I.S Moles.

posted on Jul, 3 2017 @ 12:17 PM
link
Just read an interesting piece about Daesh still being around recaptured parts of Mosul and maybe beyond ? 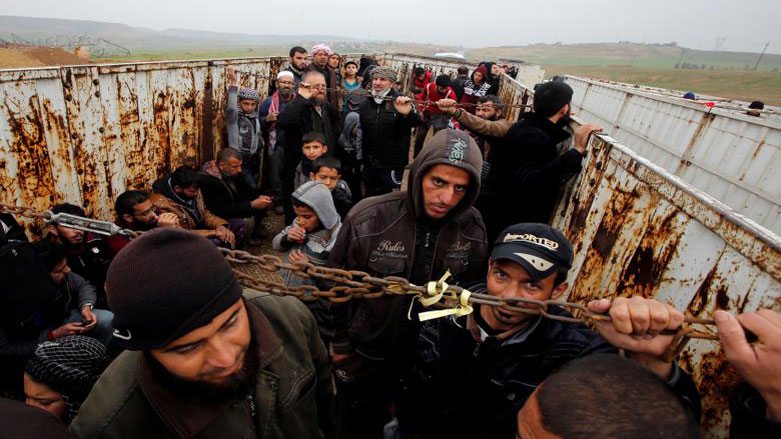 MOSUL, Iraq (Kurdistan24) – Residents in Mosul have warned of “wolves in sheep’s clothing” as Islamic State (IS) militants are still living among civilians in parts of the city which have already been liberated by Iraqi forces. “There are at least 30 [IS] terrorists in my neighborhood. We know them very well,” Mohammed Sinan told NBC News. Sinan lives in the al-Andulus area in eastern Mosul which was recaptured in January. Sinan also said he feels the threat of IS on a daily basis. “These terrorists are like a ticking time bomb; they are ready to either explode or to carry out many terror attacks against people," the 43-year-old said. According to Sinan, locals are afraid to report the fighters to the authorities. “I am afraid to go to security authorities [either the police or Iraqi troops] to give them information about a terrorist because he might be released,” Sinan said. “He might know I was the one who went to the security authorities and then I might be killed.” Zuher Al-Juburi, a government-appointed city councilor in Mosul, revealed to NBC News there were hundreds of IS members living throughout the city. “The only thing they did is shave their beards and change their clothes,” he said. Al-Juburi, who is also the spokesman for Nineveh Hashd, a Sunni branch of the government-supported Hashd al-Shaabi, also known as the Popular Mobilization Force (PMF), claimed some of the extremists remain active in the city. “It is wrong to say that these are sleeping ISIS cells because they are active and launch terror attacks from time to time,” Al-Juburi said. He cautioned that not all of the remaining IS members still living in Mosul are fighters. He suggested some simply advocate the group's ideology and support it with money.

“There are at least 30 [IS] terrorists in my neighborhood. We know them very well,” Mohammed Sinan told NBC News. Sinan lives in the al-Andulus area in eastern Mosul which was recaptured in January

I certainly wish these people well but it is time for them to stand up for themselves. This man is quoted as saying they know who they are and they know them well. Then they should fight for their lives just as we have been trying. The whole middle east id messed up not only from our own actions and lack of action but because these people do not help themselves.

They must take back what is theirs so they can raise their families and enjoy life again instead of allowing these people to ruin everything. It makes no sense to me, if they really want to survive then they must fight for it. We are losing basically because they do not want to help themselves and if we don't then we become the bad guys and to some if we do act we are the bad guys. They must do themselves.

posted on Jul, 4 2017 @ 11:36 AM
link
Had to mmmm when I looked at my twitter feed the same picture above was used to say the UK will accept more refugees.
I hope the vetting will be very very thorough maybe even a lie detector should be used..

ERBIL, Kurdistan Region (Kurdistan24) – Home Secretary, Amber Rudd, announced on Monday that the UK will expand its Syrian refugee resettlement program, where other nationalities, including Kurds, will now also have their request for asylum be considered. The change to the program, under which 20,000 vulnerable individuals are to be relocated to Britain by 2020, will mean that Iraqi, Palestinian, and Kurdish minorities who sought refuge in Syria before the 2011 start of the civil war but had to flee anew due to the escalating conflict can now apply for refugee status. The United Nations High Commissioner for Refugees (UNHCR) had advised ministers in the UK that the scheme would benefit from being extended to encompass the most vulnerable refugees from across the region, not just Syrians.