page: 1
28
log in
join
share:
mirageman
+5 more
posted on Jul, 2 2017 @ 04:18 PM
link
Although the recent files released by the UK MoD are not currently available for download a number of people with access to them have released various snippets. One previously unknown case has recently been made public by Dr. David Clarke on his blog. 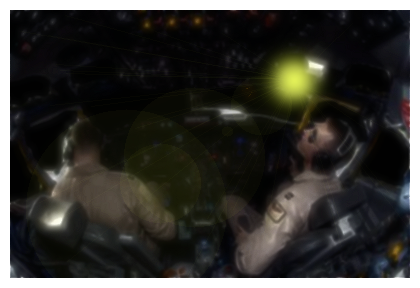 It involves a United States Air Force RC-135 Rivet spy plane being buzzed by a large object over the East Mediterranean on October 19th 1982.The whole crew witnessed the strange object while monitoring Soviet military action in the area.

Within the file are details of how the British base at RAF Troodos (on Mt. Olympus in Cyprus) picked up radio transmissions from the aircraft flying at 35,000 feet. The crew reported picking up the unknown on radar with “ a multitude of flashing lights 20 at a time’. The navigator issued an appeal for assistance as it then made a circle around the RC-135.

The RAF reports said the ‘object’ was first spotted:


The US Navy dispatched two F-14 Tomcats on an intercept course along with an RAF F-4 Phantom which was on exercise south of Cyprus. As the three fighters approached the UFO vanished in the direction of the North African coast. Neither the US F-14 or RAF F-4 pilot spotted the UFO visually. But RAF personnel at the Troodos radar station picked up the transmission around 4pm local time and continued to monitor the situation until around 5:30pm.


The 280 Signals Unit based at RAF Troodos picked up nothing visually or on radar. Nor did any other British observation posts. However immediately after this encounter the authorities in Britain launched a full and secret inquiry. The full report was completed in November of 1982 and findings sent on to the US DoD.

Copies of the report were made and sent to Assistant Chief Scientist (RAF), DD Ops (GE) RAF, DI55 and DSTI. Film and radar paints from RAF Troodos were scrutinized by intelligence officers but the file does not say what the results of the investigation were.

A senior RAF officer is quoted as saying

‘We have a strong suspicion that the “UFO” was a mirage effect from lights on the coast of Israel or Lebanon’.


The UK MoD UFO files were all supposedly released in a final fanfare around 2013 with the UFO desk closed in 2009.

Strangely these 'new' files remained under the radar until John Burroughs (witness of the Rendlesham Forest UFO incident) found reference to them elsewhere. Their release was delayed for 3 years. Even now they are not in digital format for download, like previous releases, and reports are that they have heavier redactions as well.

So here we have another previously unknown UFO case now in the public domain. Although we don’t know what the ‘official conclusion’ was.

Make of it all what you will.

Here is a full list of the files recently released by the UK MoD:

We would think that the folks that dwell on the "Aircraft Projects" or "Military Projects" would be all over this substantial case. They go bananas over anything that seem outside of the perceived repertoire of aircraft. But when the reported craft has no display of traditional wings or aircraft flight characteristics, they won't touch it. Is it self-conceived blinders that they wear when something none-sacred appears or simply following orders from HQ?

(The fact that some chair jockey later wrote off the sightings as virtually nothing is really not an answer for the case but an expected one from HQ.)
edit on 2-7-2017 by Aliensun because: (no reason given)

I agree to an extent, but why give insight on something not known? Traditional(white/grey) aircraft are their avenue. Exotic aircraft is not. Therefore what is there to add?

It would be great to hear the US pilots experience from them directly.

We have a strong suspicion that the “UFO” was a mirage effect from lights on the coast of Israel or Lebanon’.

Obviously a another case of counter-Jewdar.

originally posted by: game over man
Great thread, but what is Beano 73? The spy-plane is called RC-135?


originally posted by: game over man
Great thread, but what is Beano 73? The spy-plane is called RC-135?

Yes indeed. That was the call sign of the RC-135. It's provided in the link to the original source in the OP.


a reply to: game over man

.....It would be great to hear the US pilots experience from them directly.

Maybe now it's been made public someone will come forward. Apparently the whole crew were witnesses to whatever this UFO was.

More intriguingly is that there must be another MoD or DoD report that gives the results of the investigation. Maybe no one has found it yet as the documents are only available on request from the UK National Archives building in Kew. Or maybe there really is some 'good stuff' that always remains secret?


edit on 3/7/17 by mirageman because: additional reply Who knows what was flying in the early 1980's.
The alien equivalent of Air Canada 143 landing in the wrong place?

Many of those pictures have long been explained and there is nothing that strikes me as being from the events described in the OP.

If I missed it then please feel free to point out the time frame we should be looking at.

You are right, i had not rewatched the video at the time of posting, and as stated i thought there was related material. Seems my memory was playing games with me.

Then there is this take on the story which includes an image. Very interesting encounter!!
edit on 04am31am5091 by data5091 because: (no reason given)

OK thanks for at least coming back to me and clarifying that.

I believe a little 'editor's licence' was used there data. However I think you will find this quite amusing. Even if no one else does. 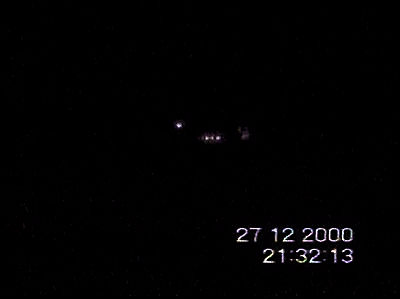 The date stamp on the video doesn't appear to tie in with the date of the original incident in OP (October 19th 1982) nor the later comments about the Boston Stump UFO (October 5th 1996) also quoted in the article you linked. There is video of that particular incident available.

So what happened on Dec 27th 2000 and where is the footage from?

Well the frame is taken from the UK MoD's UFO file DEFE 24-2021 (one of 3) from footage taken over Rendlesham Forest 20 years after the original incident.

If you want to read a little more see : here

Why that picture was used in the article though? I have no idea.

good eyes, Mirageman. I didn't even notice at the date time stamp.

Film and radar paints from RAF Troodos were scrutinized by intelligence officers but the file does not say what the results of the investigation were.

I guess we can add one more to the missing evidence thread.

Just seems really odd the results arent part of the file, what reasonable explanation could there be other than the results were classified? Wouldnt the whole report then be classified?