posted on Jun, 18 2017 @ 11:01 AM
link
Trump's Tweet the other day "apparently" had him saying he himself is under investigation for obstruction of justice.

So thought many "People".

"People" just don't get it when it comes to what Trump is doing with Twitter.

I think all he did was "Mock" what the rumors were.

He uses this to Trigger as many "People" as possible.

One of Trump's lawyers clarified on a TV show.


An attorney for President Donald Trump was adamant on Sunday that the president is not under investigation, despite the president’s tweets this week referring to one as a "witch hunt."

“Let me be clear here,” said Jay Sekulow, a member of the president’s legal team, on NBC's “Meet The Press.” “The president is not and has not been under investigation for obstruction."

On Friday morning, President Trump sent a tweet that seemed to confirm that he was under scrutiny, writing, “I am being investigated for firing the FBI Director by the man who told me to fire the FBI Director! Witch Hunt.”

originally posted by: underwerks
Trump's lawyer is the lawyer version of his doctor.

Good to know a random resident ATS poster knows what's going through Trumps head when he tweets and how us mere peons don't "get it."


originally posted by: underwerks
Trump's lawyer is the lawyer version of his doctor. 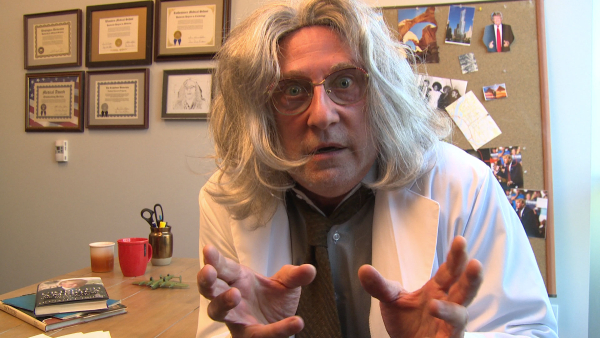 
He uses this to Trigger as many "People" as possible.

he's the president of the united states for god's sake, not a school kid playing childish games!!!

No apparently, no seemingly, no ostensibly about it — Trump said:

No. That's called lying. When you lie to people, it's not a failure on their part to take in what you said and reverse the meaning so that what you said becomes true. This has got to be the most absurd defense I've heard for Trump's inability to say things that are true and accurate.

posted on Jun, 18 2017 @ 11:20 AM
link
hello I can tell you first hand that NOBODY likes somebody that can't assimilate to the rest of the United States. He's a rebellious president and quite honestly I like it. He "triggers" people whom can't handle a difference of opinion from there those people lose their ever lovin minds over the smallest things. They start making up crazy things then it starts turning into a gross game of playground telephone. I can tell you this he has brought to life the ugly truth of exactly how divided we are, and he's done a lot more to get people out of the house than Michelle Obama ever did with her fight against childhood obesity with universal cardboard mdf chicken for all.

When Obama "apparently" said you could keep your doctor, he was just being "sarcastic." Shame on you and the right-wing media for not understanding that he was just triggering you with "big city lingo."

Bush 43 and WMDs in Iraq? Sarcasm. Trolled everyone. Fake news fell for it completely!

Clinton saying he didn't have sexual relations with Lewinsky? He's a real sarcasm master that one! You fell for that? LMAO @ YOU! Triggered!

Bush 41 and "read my lips, no new taxes!" Oh that 'ol so-and-so! Didn't the world realize it was "opposite day?" Stupid haters!

If President Trump is not under investigation, the Washington Post needs to be held accountable for being wrong yet again.

we are living in bizarro world when we are having these conversations about the president.

i want the president to use language people understand and say what he means. not play games.
crazy me

oh, ya, just like I would like to know if that guy down the street that I suspect of peddling drugs is being investigated....
in neither case are the investigators gonna either deny or confirm anything!!!

the president's word is suppose to carry a little weight, so when he tweets that he is being investigated....
of course people took it as a confirmation!!! I mean, what president in his right mind would treat that unless it was true and at the point where denying it any longer was a useless venture??? oh, ya, trump would.....

posted on Jun, 18 2017 @ 11:39 AM
link
plus the white house as stated that his tweets can be considered official statements of the administration.

originally posted by: marg6043
a reply to: xuenchen

posted on Jun, 18 2017 @ 11:49 AM
link
I enjoy trumps triggering sarcasm....it keeps me entertained. just like somebody else said
Clinton didn't have relations with that Lewinsky chick....btw sarcasm but were suppose to hold that as the truth O.o ummmm yeah ok whatever.

by all means keep on triggering, heaven knows we don't have enough people on the edge of insanity...
we need more!!!

posted on Jun, 18 2017 @ 11:53 AM
link
His tweets haven't been ran through and edited by the machinery of one of the world's biggest public relations firms, and it drives those who are so inured to it absolutely mad. It's no wonder then that transparency, though a virtue of a free society, must first go against the opacity withdrawals of those who are still addicted to public relations.