A longtime Democratic operative from Union County has responded to the Wednesday shooting of a congressman by calling for a “hunt” of Republicans. Read More: ‘Hunt’ Republicans, says Union County Democrat in response to shooting | nj1015.com...

“We are in a war with selfish, foolish & narcissistic rich people. Why is it a shock when things turn violent?” Devine posted on social media, ending the message with the hashtag: #HuntRepublicanCongressmen Read More: ‘Hunt’ Republicans, says Union County Democrat in response to shooting | nj1015.com...

I don't even know what to say besides, wow. How low can they go?

About the only thing this guy hunts is Burger king and Mcdonalds. 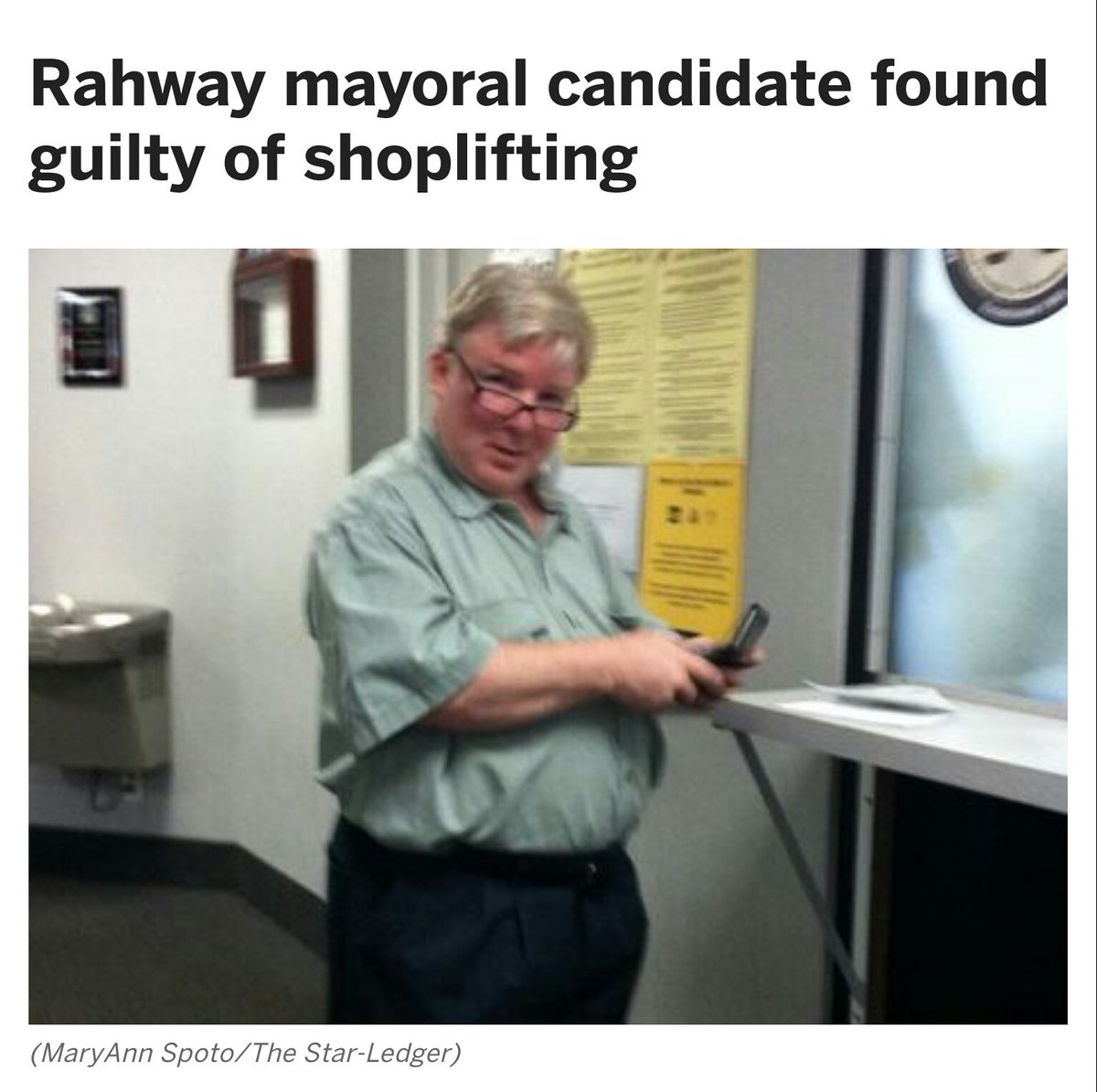 He does have that kiddy didler apearance doesn't he?

Whatever fosters division and furthers the goals of the deep state. Meet the new boss, same as the old boss...

Some folks are born made to wave the flag,
Ooh, they're red, white and blue.
And when the band plays "Hail to the chief",
Ooh, they point the cannon at you, Lord,

Some folks are born silver spoon in hand,
Lord, don't they help themselves, oh.
But when the taxman comes to the door,
Lord, the house looks like a rummage sale, yes,

Some folks inherit star spangled eyes,
Ooh, they send you down to war, Lord,
And when you ask them, "How much should we give?"
Ooh, they only answer More! more! more! yoh,

My bad, thanks for pointing that out. I did look in the mudpit but there's so many threads in there I must have missed it. My apologies to DBCowboy.

They allow 2 threads most times as long as they are in different forums.

Why do we pretend like ANYTHING one idiot says is news???

On either side, from any social or political angle , it is an over generalization and logical fallacy that would get you laughed out of your local high school debate class...

If it is not an elected official or head of some big political group, it means absolutely nothing...

Somewhat agree on this, but...these elected officials represent and are the voice of their peeps. They are the best of the best, and are the leaders. You have got to have the standard run of the mill clue that if that was a republican, the tolerant left would call for kooky Kathy and her blade live on all MSM networks as the pitchforks reflected the torchlights, try to prove that wrong.......

If you break this down as far as being Liberal or conservative you will probably see that conservatives also tend to hold jobs that supply necessary services to society.

Most people who make a living doing things we can get by without are Democrats as are many low income people who gain financially by democrats giving them more free or reduced cost things.

My father was a farmer, he worked hard to get ahead, most businessmen who actually create jobs for the local communities as a necessary service tend to be more republicans or conservatives.

But it is hard to generalize these things, there are always people who are not greedy on both sides. I see that doctors actually prescribe unnecessary tests to support coworkers a lot, it is not greed that does that.

Greedy people pepper our society, in both parties. I see some of the richest Democrats selling people things they do not need or overpriced services more than Republicans do.

I am in the middle, I choose to support a political candidate on their history and tend to vote more for Democrats for candidates, I only voted for Trump because I totally distrusted Hillary and I figured since Bernie got scammed by her, I wanted to make sure Hillary did not get in. A vote for anyone else was a vote for Hillary.

I screwed up a little though, I personally know someone who ran for president and I should have voted for her. I did not know she was running, she took her old name after she got divorced. One more vote for her would have been nice, she had good ideas, but I do not think she could have handled it in Washington DC. She is way too nice of a person. But I kind of wish I had voted for her.

Still isnt ok, it just adds to the long list of these so called "tolerant, peace loving, anti gun liberal hypocrites" list of bad apples in this country. Actions speak louder then words, to hunt people in your own country because of their faith, political belief, ethnicity, or just having a different opinion is ate up.
If a republican was calling for the hunt of democrats would be equally wrong. Acquire some logic, reasoning, being rational, compassion, integrity, and humility. Those are great qualities few human beings possess these days.

Bullsnip. Politicians are SUPPOSED to represent their constituency but everything that comes out of their mouths is not. This is just another crackpot loser that wormed his way into politics and is talking out his ass. People that gravitate to politics are very often the 'mommy look at me' type. You can't extrapolate their verbal nonsense to a larger group. It's intellectually dishonest.

Why are you whining to me about it?

Its within the T&C's, you have issues with it alert a MOD.

Just seems as though the events of late have brought out the best of the left supported by the left, and highlighted by the left MSM, and given the left "pass".. If it was a republican you would be screaming like a girl in a stained prom dress... We have loonies everywhere, that's agreed, but there is a clear imbalance...pun intended....Intellectual dishonest my ass......
edit on 17-6-2017 by teslahowitzer because: (no reason given)

posted on Jun, 17 2017 @ 10:44 AM
link
Just to be clear, I don't think this guy is an elected official is he? He's a campaign operative, so he's officially affiliated with the Democratic party, but it's not quite to the level of an elected Democrat. Either way, it's not the same as just some random left wing nut. This is why I posted it. There's random sludge on both sides of the aisle, this guy actually represents the Democrat party.

Longtime democratic operative was all I needed, you?

Very, very, few if any at all. In some areas it will get you canonized and elected. The typical tolerant left in full bloom and brought to you by the fair MSM.....

originally posted by: ElGoobero
question is, will fellow democrats condemn this?

Not the ones that feel like this i bet.
NSFW: Language.