Investigating Trump for being a foreign agent is straight down discrimination.

The answer is simple.. All the previous President's were "chosen ones"..

Trump is the burr in the globalists' saddle...

posted on Jun, 10 2017 @ 09:19 AM
link
It's because the far left has become mentally ill. People here have done better work gathering information and connecting dots on conspiracy theories than the entire liberal left media. They just slap an anonymous source on there and scribble down some nonsense. They lost an election to Donald Trump, an election they where told and believed was destined to be the biggest one sided beat down ever. It was also going to be the end to the conservative party where they could create one giant California. Their entire fan fiction fell apart around 10PM election night and they've shifted all that energy to this resist nonsense, because it's easier to believe some boogeyman than the fact nobody really likes them outside the bubble of major coastal cities.
edit on 10-6-2017 by TSefu because: (no reason given)

And kept alive in the main stream as a deflection from the fact Obama was not going to change anything...

reflecting how much they control social media, it never amounted to anything, just like all the 'scandal' ever does.

But Providing for endless distraction away from endless war abroad.

This is reality . The President needs too have thick skin . He needs to act like a grownup . He needs to show some actual leadership . He's not a poor wittle victim who's fleece is white as snow .
He is self serving period . There is no , nor ever will be , any benevolence coming out of washington . No one is going to save you .
You have to save yourself . You have to set yourself free .

Politicians suck taxpayer dollars investigating whether other public servants have shafted the taxpayer or laws, they also make laws shafting the taxpayer.

The hoard (taxpayers) have twitter and Facebark to decide, via kangaroo-court, who the actual guilty MFers are.

No-one is punished, everyone is more confused then the circus begins again when Trump tweets or wants to intimidate someone in private (which may or may not have been recorded).


What trump supporters fail to realize is, the 2016 was hacked by Russia, and if the trump team knew about it and went along with it, including trump, that is borderline treason. Lets not forget, trump saying "let em hack us, maybe they can hack Hillarys emails too". Look man, the FBI knows it happened, as soon as the investigation is over, its findings will be public (all that can be anyway). Russia is not our friend people! This hack is very serious. Also they used, High Tech, sophisticated methods. I do not know exactly how, but the FBI does. I would think that people would be upset, that Russia attacked our democracy.

My God if Obama said something like that during an election you people would have been blowing ATS up with that. Just like you did his Birth Certificate!! Yeah, you! You sat there for months and months on ATS beating Obama up for his birth certificate. trump even during his election said he was illegal. Guess what? He is LEGAL.

Just keep in mind, while Russian associates hacked DCCC, and allegedly tried to intrude the GOP..

The LEAK of the Podesta emails were the most damaging to the DNC and party...

Why is the Swamp & MSM always failing to make that distinction, when waving Russia around like the boogeyman?

Yes, US needs to be concerned with infosec on a higher level, but stop making this out to be the only nation in the world who is conducting cyber war on the US...

That's simply not the case..

posted on Jun, 10 2017 @ 09:54 AM
link
a reply to: allsee4eye
are they investigating trump for being a russian agent??
seems like just yesterday, comey was saying that he wasn't not that long ago.
he has some that were/is on his administration and campaign that might have been investigated, but not him.

a question for you...
were any members of any other president's administration's transition team involved with trying to create a backchannel to a sanctioned russian back through the russian embassy blocking it from our own intelligence groups?

I kind of doubt it, which should answer your questions?

This is what actually happened 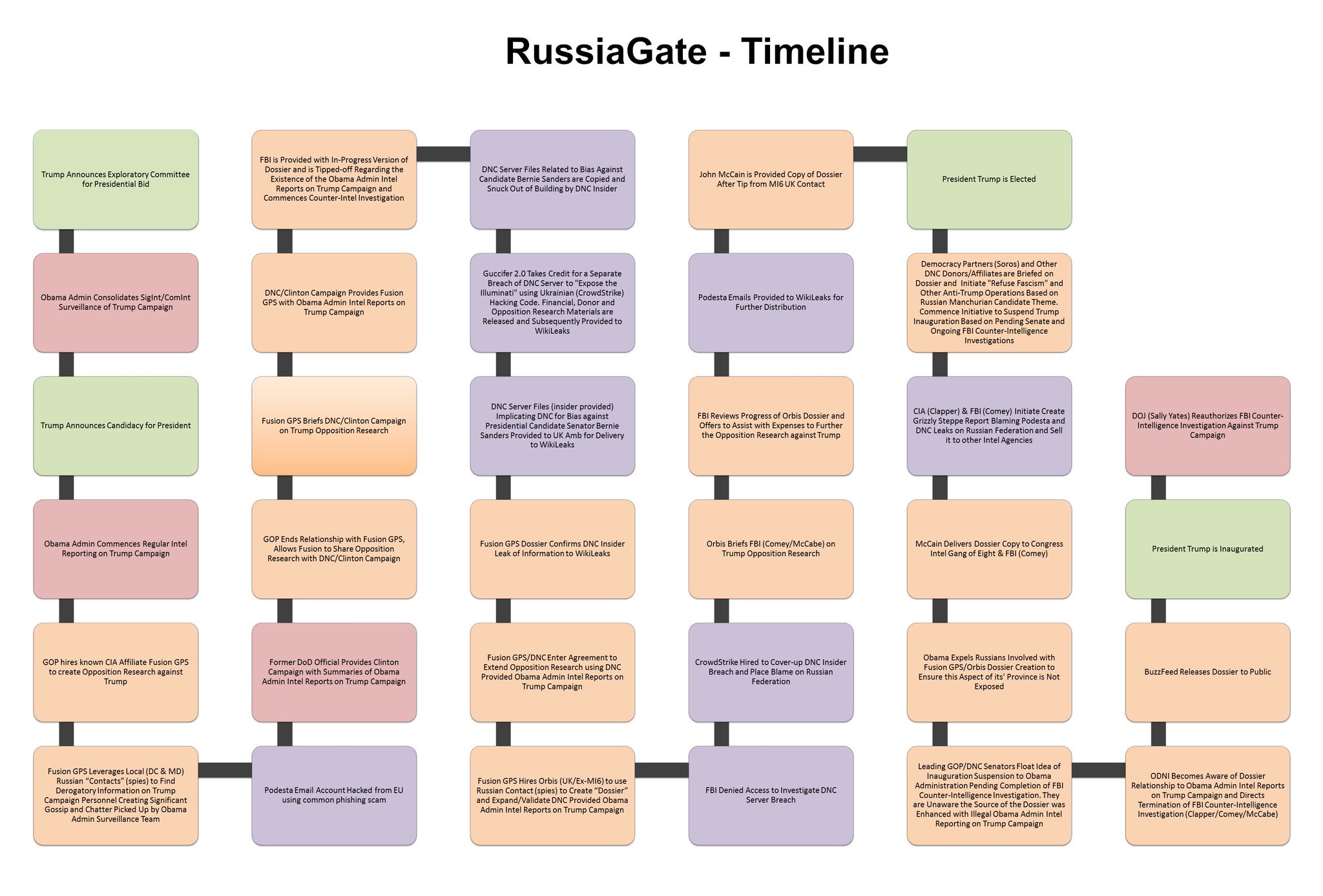 When your own intel agencies are working against your efforts to expose and remove members of the deepest bowels of the swamp, and who by the way are in lockstep with trying to create a conflict with Russia..

Wouldn't you want an alternative channel, especially if you are trying to avoid a possible World War?

I'm hax0ring all your stuffs.

Actually most of the investigators were hired by Obama.

They engaged in controlled opposition to make people automatically believe there is no issue.

They successfully kept the real issue out of the courts.

Are you ok? do you need some tissues because you seem a little salty.

Face the facts-in my 32 years on this planet i've never seen a political party that hasn't come under scrutiny for one reason or another, and it will continue to happen until the sun goes supernova, all we can expect from our leaders is common sense, a level head and a good business acumen-Trump has none of these qualities and before you ask about Trumps business matters he has made some questionable business decisions, google 'Trumps failed businesses' and see for yourself.

Is that the Trump who declared he had cast iron proof Obama wasn't born in Hawaii? Yes, of course it is. He made himself look stupid over that. Why are you so hot and bothered if there is nothing to find?

Wow, for such an allegedly hard assed businessman, he has an incredibly thin skin..... a little like his acolytes on ATS.

were any members of any other president's administration's transition team involved with trying to create a backchannel to a sanctioned russian back through the russian embassy blocking it from our own intelligence groups?

You mean apart from his son in law?

originally posted by: kurthall
Look man, the FBI knows it happened, as soon as the investigation is over, its findings will be public (all that can be anyway).

Look man after the information came out that the NSA can infiltrate a system under a false IP to make it look like anyone(EVEN the RUSSIANS) all bets were off.


Russia is not our friend people!


More than China, Saudi Arabia, and half of the damn EU!
Who just pretend to be our friends. But only tolerate us because of our consumption of oil, military equipment, foreign aid, and of course sheer amount of military force.
Russia appears to stand against the globalist agenda to create one world government and currency. I stand against the same mechanism and people. I could of course be wrong. But rather than re-ignite the cold war lets try and figure out exactly what is going on first before taking the LIBERAL approach and instantly going to full trigger mode.