In a meeting Tuesday with Republican leaders, Trump reportedly suggested putting solar panels on the proposed US-Mexico border wall, and letting the generated electricity from the panels cover some of the costs. 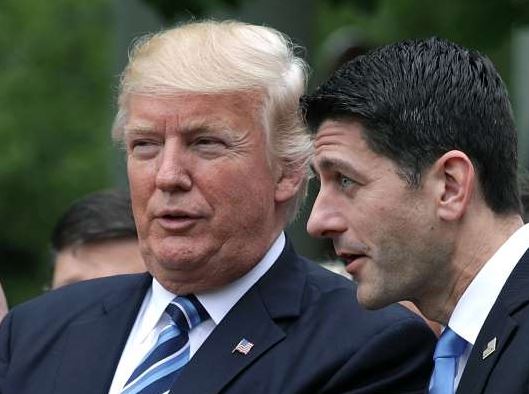 This next quote was the show stealer for me;

Trump reportedly told the Republican lawmakers they were free to talk about the wall as long as they credited him with the solar panels idea, however it was unclear whether the proposal was under serious consideration.

And for all of you who are going to come out swinging for Trump on this one, that's all well and good, but you can't deny the comedy of it.

Don't you support the use of green energy and the solar industry? I must have missed the punchline.

posted on Jun, 6 2017 @ 11:17 PM
link
Bad idea unless heavily surveillance was maintained for they would all be stolen in short order.

Don't you support the use of green energy and the solar industry?

However, putting solar panels along a 3000km linear structure is utterly retarded.

originally posted by: ignorant_ape
hmm - the panels would in 99% of the wall have to be on the mexican side - this may create problems with vandalism and maintinance

Very well put.... the southern side....in Aus, all our panels are on the northern side.

I love it when smarties beat me to it

Other than that I wasn't for the wall in the first place.

But if it "must" go up, then at least they are thinking of ways to be green, I guess? Even if their ideas aren't exactly efficient or reasonable- talking about it, it's a start I suppose.

Can ya feel the dripping sarcasm?

originally posted by: 727Sky
Bad idea unless heavily surveillance was maintained for they would all be stolen in short order.