Millions volunteered. Millions were drafted. All did their bit. No, "yeah, but" is necessary.

Forgive me if my post comes-off as diminishing the sacrifices and bravery of those men and women.

posted on Jun, 6 2017 @ 05:26 PM
link
My grandfather was a desert rat from North Africa up through Italy ,used to love asking him about the war when I was a little nipper when he had a glass of scotch in his hand

I'm amazed they actually did any fighting with their rum ration they had!

Brought back SS knife, Luger and SS cap as his trophy

Then he has my respect too. Twice!

Nothing to forgive. I jumped back a bit too hard.

Seems like lots of people are forgetting, though, and that scares me.

My uncle was living on a farm when the Japanese bombed Pearl Harbor. He rushed to volunteer only to be stopped by his father, who owned the farm and wouldn't let him go. I guess he slapped a deferment on him, i can't recall. He felt ashamed as he watched all his friends leave to go fight. He tried talking his dad into letting him go, but he wouldn't budge. Eventually, he managed to escape the farm and join up, but the war ended before he got out of basic. He ended up in the Army Air Force and became an engineer for General Dynamics and Lockheed Martin. He always felt he should have been there on DDay.

originally posted by: seagull
a reply to: introvert

Nothing to forgive. I jumped back a bit too hard.


No. You are correct.

We must put these things in proper perspective.

You have an abundantly loving heart and I hope it grows with every day.

originally posted by: introvert
a reply to: silo13

These were very brave men and women that fought to help defeat a vile regime.

But let's not forget that millions of those brave folk were drafted.

We also owe a debt of gratitude to communist Russia. They took the fight to the Nazis on the Eastern Front.

Without that collaboration, things may have been quite different.


Lets also remember that Russia started the war as an ally of germany, Russia only changed sides after hitler attacked Russia.
IF hitler didn`t attack Russia,russia would have remained an ally of the Natzi`s for the duration of the war.

They broke the mold of that generation.

Could you imagine a draft today for the same mission? Those men were the epitome of tough.


No sane commander would even plan a "D-Day" type operation now if he had todays entitlement generation as draftees.

The world war 2 generation truly were the greatest generation.

RIP to all those lost souls.

I can only hope the mistakes of the past are not relived, however with all the folks beating the drums of war we may again see scenes like in the op sooner than later. 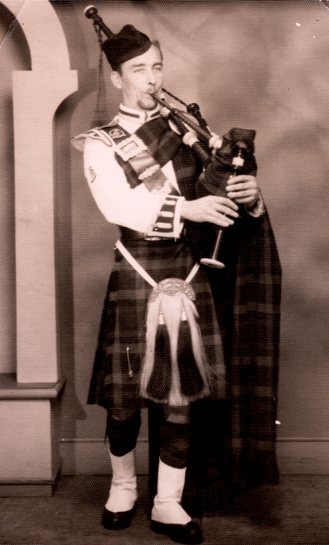 A man in a kilt is nothing more than pure balls.

Wait - I should say - a man in a kilt is everything - including pure sack, spirit, courage and GET 'ER DONE!

RIP to all those lost souls.

I can only hope the mistakes of the past are not relived, however with all the folks beating the drums of war we may again see scenes like in the op sooner than later.

I don`t think it was a mistake to invade Europe and get rid of hitler and the natzis.

They're not lost. As long as one person is alive to remember what they stood up for, whether volunteer or draftee, or resistance fighter, they'll never be lost.

Gone perhaps, save in the memories of those of us who were raised by, protected by, and loved by, them. I venture to guess that for most of them, that would have been, and is, enough.

He was getting old and paunchy and his hair was falling fast,
and he sat around the Legion, telling stories of the past.
Of a war that he had fought in and the deeds that he had done.
In his exploits with his buddies; they were heroes, everyone.
And 'tho sometimes to his neighbors, his tales became a joke,
all his buddies listened, for they knew whereof he spoke.
But we'll hear his tales no longer, for ol' Bob has passed away,
and the world's a little poorer, for a soldier died today.
He won't be mourned by many, just his children and his wife.
For he lived an ordinary, very quiet sort of life.
He held a job and raised a family, quietly going on his way;
and the world won't note his passing; 'tho a Soldier died today.
When politicians leave this earth, their bodies lie in state.
While thousands note their passing, and proclaim that they were great.
Papers tell of their life stories, from the time that they were young,
but the passing of a soldier, goes unnoticed, and unsung.
Is the greatest contribution, to the welfare of our land,
some jerk who breaks his promise, and cons his fellow man?
Or the ordinary fellow, who in times of war and strife,
goes off to serve his Country and offers up his life?
The politician's stipend and the style in which he lives,
are sometimes disproportionate, to the service he gives.
While the ordinary soldier, who offered up his all,
is paid off with a medal and perhaps a pension, small.
It's so easy to forget them, for it is so long ago,
that our Bob's and Jim's and Johnny's, went to battle, but we know.
It was not the politicians, with their compromise and ploys,
who won for us the freedom, that our Country now enjoys.
Should you find yourself in danger, with your enemies at hand,
would you really want some cop-out, with his ever waffling stand?
Or would you want a Soldier, who has sworn to defend,
his home, his kin, and Country, and would fight until the end?
He was just a common Soldier and his ranks are growing thin.
But his presence should remind us, we may need his like again.
For when countries are in conflict, then we find the Soldier's part,
is to clean up all the troubles, that the politicians start.
If we cannot do him honor, while he's here to hear the praise,
then at least let's give him homage, at the ending of his days.
Perhaps just a simple headline, in the paper that might say:
"OUR COUNTRY IS IN MOURNING,
FOR A SOLDIER DIED TODAY."