The Wartime Spies Who Used Knitting as an Espionage Tool 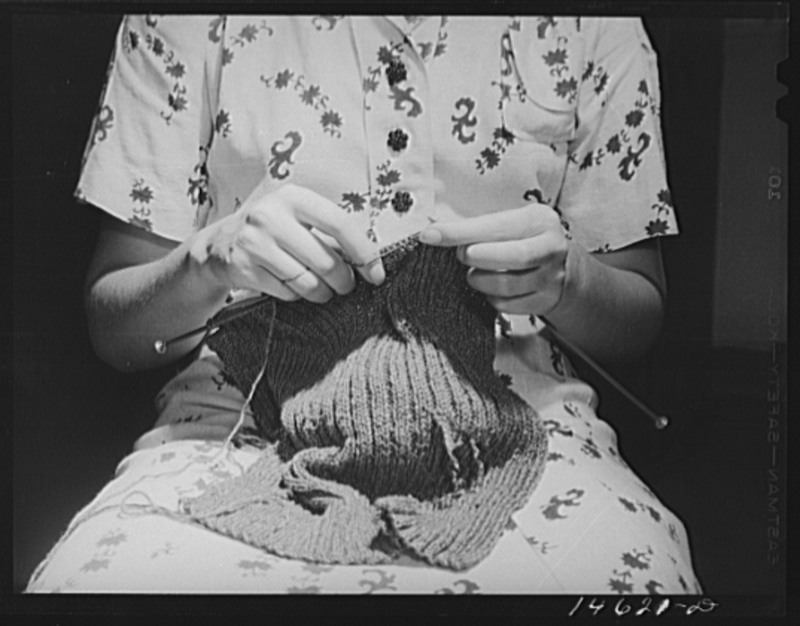 Whether women knitted codes into fabric or used stereotypes of knitting women as a cover, there’s a history between knitting and espionage. “Spies have been known to work code messages into knitting, embroidery, hooked rugs, etc,” according to the 1942 book A Guide to Codes and Signals. During wartime, where there were knitters, there were often spies; a pair of eyes, watching between the click of two needles.

Just goes to show you can figure out how to do most anything if you try.

A knitting pattern, to non-knitters, may look undecipherable, and not unlike a secret code to begin with. This could cause paranoia around what knitting patterns might mean. Lucy Adlington, in her book Stitches in Time, writes about one article that appeared in UK Pearson’s Magazine in October 1918, which reported that Germans were knitting whole sweaters to send messages

Edit to add: In the article they speak of unraveling the sweaters/scarves and finding little marks on the yarn, or small holes. When you put the yarn across a ruler with the ABC's printed on it - an inch apart - it reveals the message. So even people who didn't stitch would easily know the message within.

Courage and brains and talent.

posted on Jun, 6 2017 @ 01:19 PM
link
My wife knits and she can tell me the translation of the knitting pattern, she writes in that language to get patterns off the net. It could easily be used to transmit data, but I doubt if a guy could read that language. It makes absolutely no sense to me and I do not want to learn it either.

posted on Jun, 6 2017 @ 01:22 PM
link
I can believe this. I often create my crochet/knitting patterns based on birthdates or changing letters into numbers, in order to customize my creations for the individual. It makes it interesting and unique whether it is the repeating stitch code or color code.

posted on Jun, 6 2017 @ 01:23 PM
link
I knit and crochet....but can appreciate how the patterns can easily be used as code....only last week I threw my hook across the room in frustration at understanding a pattern.

Throw a code in there and my head would implode I Think.

posted on Jun, 6 2017 @ 01:25 PM
link
a reply to: silo13
Read also "Tale of Two Cities".
I think it was the character Madame Defarge who had the names of friends and suspects worked into her knitting.

I adore Dicken's. I don't remember that part in TO2C - I'll have to check it out - it's been a while since I read it and I always find something new in his work every time I read.

First thing that came to my mind, too!

originally posted by: silo13
a reply to: rickymouse


Yeah, guys would not be able to read stitch patterns as a code. We aren't that observant.

A cool little place to visit for more
On Madame Defarge.