posted on Jun, 5 2017 @ 02:20 PM
link
On June 5th, 1969 RC-135E 61-4137, known as Rivet Amber, departed Shemya for Eilson on a non-operational mission as Irene 92, with 19 people on board. At 0936 local, approximately 40 minutes after departing Shemya, controllers at Elmendorf received a message that Irene 92 was experiencing an unknown vibration, but the aircraft was under control. At 0937, Elmendorf asked for confirmation that they were not declaring an emergency, and received a non-verbal response of a radio click, followed by heavy breathing and grunting. This was followed by two more radio clicks, the second of which included the sentence, "crew go to oxygen". The radio clicks continued until 1022 local, but the last positive communications they had were the call about the vibration.

Rivet Amber, previously known as Lisa Ann, was a unique aircraft. It was an RC-135E, and carried the most powerful airborne radar ever. The electrical load and heat were so extreme that an additional engine mounted generator was mounted between the #2 engine and fuselage, and a radiator was installed between #3 and the fuselage.

The radar was a 7 megawatt phased array system developed by Hughes. The radar weighed over 35,000 pounds, and was capable of tracking a soccer ball sized object at 300 miles. It was so powerful that it was said that Soviet fighters w would stay well clear of Rivet Amber when intercepting her, out of respect for the radar.

In 1969, Rivet Amber and Rivet Ball were flying out of Alaska together. In January, Rivet Ball was landing in poor weather, when they hydroplaned off the runway, destroying the aircraft.

On 5 June, after they were unable to contact Rivet Amber, a massive search was launched. Aircraft from the bases in the area flew for two weeks, carrying anyone that could see lightning, searching for any sign of the aircraft. At the end of two weeks, no sign of the aircraft was ever found. No wreckage, no oil slick, nothing. The search was finally called off, and to this day no one knows what happened on that day.

Good post.I'll read your links.I doubt anything mysterious happened.Aircraft crash all the time. Accidents happen, and it's not unusual to vanish, particularly in the ocean. Again, interesting post.

The most likely cause was a failure of the vertical fin. It was thought to have suffered some kind of damage prior to the accident flight. There was also a significant modification to the forward body that could have weakened the fuselage.

There was definitely some kind of structural issue, as evidenced by the initial vibration call, followed by the order to go on oxygen. A failure of the vertical fin would have caused a significant vibration before it finally failed.

Sounds like it. I remember you! From years ago! Maybe you will remember me!

For those unfamiliar with the size of Alaska. Shemya is out on the western Aleutian Islands. It is 1,200 miles southwest of Anchorage where Elmendorf (now, Joint Base Elmendorf-Richardson, or, just JBER) is located and Eilson is a further 400 miles north and just east of Fairbanks. The Bering Sea is huge out there. Many ships have gone down.

A 35,000 pound Boeing does not surprise me! Usually, there will be a slick or debris but not always. Earlier this year a crab boat went missing with a 6 man crew. No trace was ever found. ADN story - Search for The Destination. There is a insert map there of the Bering Sea which does not even have Shemya in it! It would be further left along the island chan.

Thanks Zaphod58 for this! There is not even a Wikipedia entry!

Rivet Amber has always fascinated me. They've lost multiple RC-135s in Alaska over the years, but they've always found at least part of the wreckage, except here.

I don't think svg files are viewable so here's a link to Wikipedia AK compared to US.

Basically, Nevada, Utah, Colorado, northern Arizona and possible northern New Mexico! That is a huge grid! The crab boat was within 2 miles of St. George and nothing was spotted.

I like your best guess theory. Structural failure could cause all kinds of problems. Then surface weather (Shemya, wet and windy). I think that was when I first heard of 'rouge waves' was a tale from a crabber. A forty footer (their guess) hit them bow on while under power (luckily!). 10 foot seas is a normal day!

You never definitively know without wreckage.

Sometime between June 1 and June 3, while returning from a mission near the Kamchatka Peninsula, she encountered severe turbulence. They performed a structural inspection, as best they could, and found extensive skin damage to the aft fuselage around the vertical fin, including near the HF tail mount.

Maintenence wanted to fly a team into Shemya, but were overridden, and the decision was made to fly her to Eilson for further inspections and necessary maintenance. The repositioning flight was the June 5 flight.

1969, so no super high-tech around, right? And now we have historical data to review, all computer searchable (Boeing does, I'm sure).

What did they do back then? Besides visual. I'm sure there were several things like x-ray and ultrasound but anything else? Way out on Shemya choices would be limited.

Rivet Amber continued flight 46 minutes after the reception of the first distress signal.

If the crew was out (no oxygen), well that opens the search radius quite a lot!

posted on Jun, 5 2017 @ 04:50 PM
link
It's not surprising they could not find where the plane went down or any evidence of it. Even if they had the exact location, nobody would have likely survived for more than a few minutes in the water. What happened sounds like a question that will never be answered. 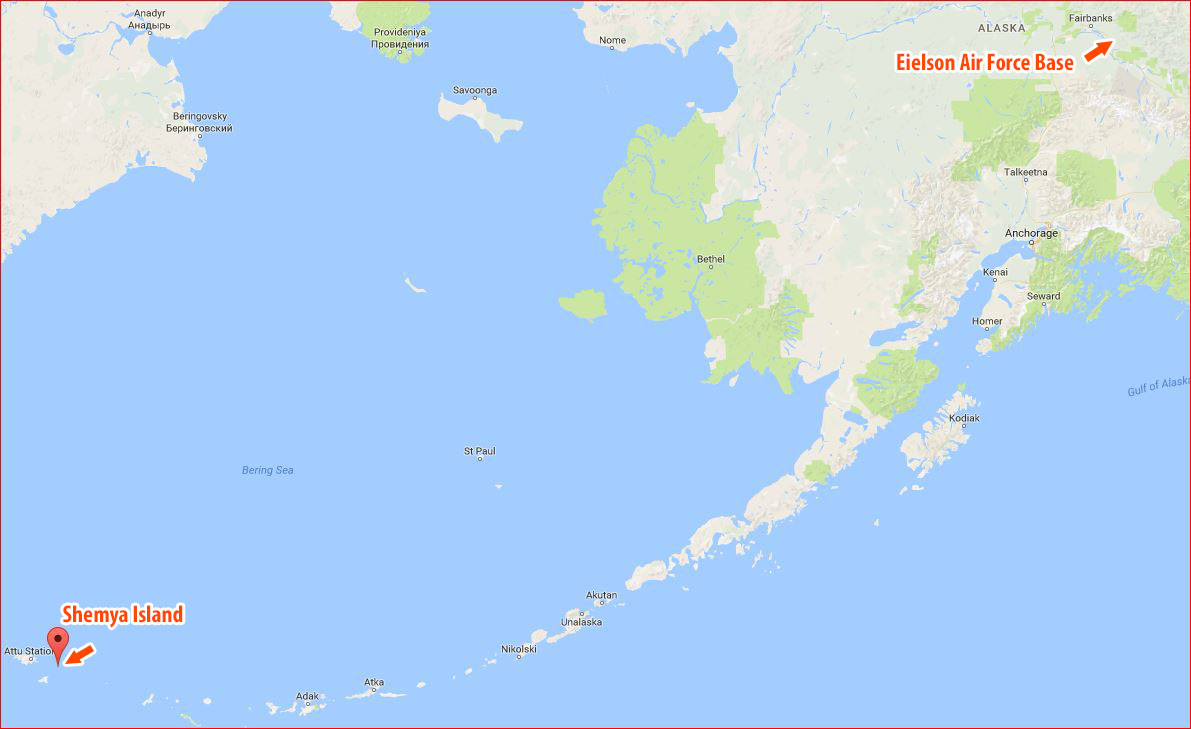 Visual, either by removing the fin and tearing it down, or ultrasound were the two big ways at the time.

At least some of the vertical fin remained for them to fly that long. And the pilots were most likely conscious, as evidenced by the multiple HF transmissions. With the vertical fin mostly gone, they would have had very limited directional control of the aircraft, and depending on what other damage, was done, may have been doing all they could just to keep control.

I suppose it is like any profession. To an untrained person, what is being done does not look complicated. But all the hours of training and inspecting make you see things wayyyy differently than a casual observer. I should have been thinking along those lines before asking and would have answered my own question (at least partially).

What a struggle. I like the words said by Pete Hurd in Footnote #2 on spyflight.

We had to do an inspection of the wings of both our C-135Bs. A guy came out from the Depot to do it, because it required an ultrasound inspection. He had an oscilloscope and probe, and would go around each rivet. If there was a crack, it would show up as a spike on the scope. He was able to go around each rivet without looking. He'd look up, set the probe at the start point for that rivet, and watch the scope as he circled it.

He let us try, and we couldn't even get halfway around without hitting where the rivet indented the skin when it was put in place, which registered on the screen as a crack. We had to either watch the scope or watch where the probe was.

In addition to the huge area, there's no way to know what the aircraft did after the initial failure. Had they already turned back to Shemya? Did they go into a spiral? Dive and recover? There are about a dozen different things the aircraft could have done that would radically alter the search area.

posted on Jun, 5 2017 @ 07:00 PM
link
Is a "radio click" like a normal response if the pilot is to busy flying the aircraft to actually speak to a third party?

The pilot is hitting the button to activate the radio, but doesn't say anything, or immediately releases the button. On the C-135 family, there's a switch on the control column, right under where your hand rests. You move it one way for intercom, the other for radio. If you're fighting for control of the aircraft, it would be very easy to trigger it by accident.

posted on Jun, 5 2017 @ 08:04 PM
link
Star and flag for an interesting mystery, and a welcome break from the political nonsense at the moment.

I always enjoy your aircraft threads Zaphod, thanks for posting them.

I'd imagine planes and boats that are on the bottom of that area are likely torn to bits pretty quickly. Parts of that may be in someones collection of beach finds somewhere.

Aircraft from the bases in the area flew for two weeks, carrying anyone that could see lightning, searching for any sign of the aircraft.

I wonder, what was the purpose of carrying passengers who were specifically capable of seeing lightning during these search and rescue operations?