'He held her and watched her die in his arms': London attack victim from Castlegar, B.C. 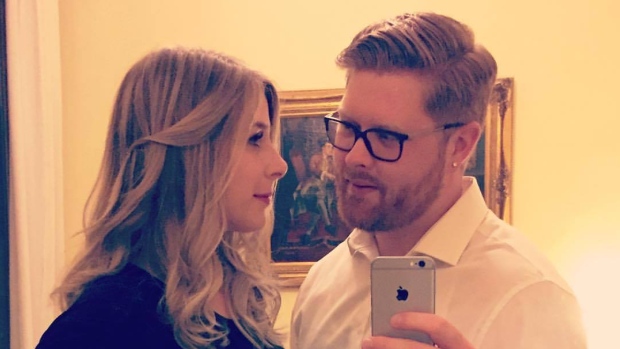 The following was supposed to be a part of my comment I just submitted a moment ago in a thread in this same forum, but I didn't want Christine Archibald and Tyler Ferguson's story to get lost in the shuffle because it highlights what is really at stake when it come to "The War On Terrorism".

It highlights what we as a society are actually fighting for and what every person with empathy and compassion fights for: the right to preserve the true currency of life.The refusal to allow others 'to be broken into a million pieces' due to the loss of loved ones caused from these acts of terror again in the future.

One victim of the London attack was a fellow Canadian. Her name is Christine Archibald. She was the same age as myself, 30 years old — which made me contemplate her tragic death and my own life path even more. She is from British Columbia, Canada and worked as a counsellor for the homeless and those suffering addiction. She dedicated her life to helping those in need. She died in her fiance's arms while on vacation together.

According to a statement from the Archibald family, the young woman had a huge heart. She studied social work in Calgary and had been working at Alpha House, a homeless shelter in Calgary, before her move to Europe.

"She had room in her heart for everyone and believed strongly that every person was to be valued and respected," the statement said. "She would have had no understanding of the callous cruelty that caused her death. Please honour her by making your community a better place.

"Volunteer your time and labour or donate to a homeless shelter. Tell them Chrissy sent you."

The hashtag #Chrissysentme is trending in Canada today. I usually (like most people) do my work in silence and don't announce it, but I will be at the Good Sheperd Centre in the coming week and will be telling them: "Chrissy sent me".

Her life path and the Archibald family's demonstration of grace and dignity in the aftermath of such travesty has inspired me. I hope that it inspires you as well in some way, shape or form to make the world a better place—just like Chrissy did.

Somebody tweeted this beautiful thought:

"In darkness we have a choice: to make the world a better place or let hate win. Chrissy Archibald's family chose the former."

The War on Terrorism will end when:

1. Twisted ideologies that exist on all sides—the West and Middle East—which fuel geopolitical and terrorist agendas dissolve. Those with a conscious mind and empathetic heart in our governments AND military will need to step up to the plate.

2. In the meantime, as citizens of the world, our role is to not give into bigotry and hate, because such irrational and prejudiced behaviour are one of the terrorist goals: Sow hate, intolerance and division within the hearts and minds of society.

3. Counter selfish evil acts of others with selfless good deeds. And when you do so: tell them 'Chrissy sent you'. Thank you for taking the time and energy to read.


Note to MODS: please move if in wrong forum.

posted on Jun, 5 2017 @ 11:53 AM
link
It is sad beyond what I can express with my words. I am very sorry that one of your fellow Canadians was murdered by these disgusting cowards while she was in my country.

Thank you for your kind words, my friend. I'm also sorry that your country has seen so much unnecessary killing and maiming of your own citizens in the last year alone. Our PM speaks for us CDN's concerning this tragic event:

England and it's people remain beautiful, unified and strong despite it all.

Thank you for reading. I encourage you to do a selfless act on behalf of all who have died from terrorism (if you haven't already).

I love this beautiful message

Desperately sad and, frankly, I can't begin to imagine the pain of her fiancé having her die in his arms like that.

She was a better person than most of us I guess, which heightens the unjust nature of what happened to her in my mind.