Creepy guys. 😨 You should read this.😨

After getting off work I had a few hours to kill before a blind date. So I planned to stop by the gym workout for awhile then go home and get ready.

My friend talked me into going out with this girl. He told me she is a friend of a friend and she was new in town. (Sound familiar?)
Well I'm not seeing anyone so I figured why not, it may be fun. I don't know much about her just that her name is Tanya and I was to meet her at a restaurant at 8:00. There are a few more details but nothing relevant to my little tale.

When I entered the gym locker room it was oddly quiet. There didn't seem to be many people but I really can't say for sure because I don't visit very often especially on a Friday afternoon. As I changed my clothes I noticed a couple of guys at the other end of the room who seemed to be watching me. They were both wearing dark suits just standing and talking but frequently looking in my direction. At the time I didn't give it much thought but now it stands out in my memory. I just went about my business changed my clothes and entered the gym.

After my work out I headed back to the locker room to shower and change. As I reached for the door one of the guys in the suit opened it and grabbed me by the arm. He yanked me into the locker room and quickly closed the door.

I was shocked as he slammed me against the wall causing me to smack the the back of my head against the brick.

WTF! I thought.
"Who are you? What is your name?" He almost shouted at me.
"What.......?" Was my genius response.
"Do not F with me what do you know about Tanya? Who do you know on the above top secret website?" He growled.

I was pissed off and scared. Great this is an ex boyfriend, or worse a husband, who thinks I am dating his girlfriend or wife who I never even met. The second question didn't even register.

Right about then I saw the second guy approaching but nobody else was in sight, I was readying myself for a beating.
The second guy whispered something to the first guy and he immediately released his hold. Not sure what was said and I don't care. They both turned and exited by a door across the room. Nothing was said by them to me and I was too stunned to say anything to them.

After a few seconds I headed to my locker to get my stuff and get the hell out of there, I decided I would shower at home. Needless to say I had no intention of keeping my date.

At my locker I found my clothes and belongings scattered all over the floor. I had put my laptop in my locker because I thought it would be safer there than in my car. It was sitting on the bench in front of my locker and it was opened. That is when I thought about what he asked me about ATS this is what I found on my computer screen.

Obviously, he was not a golfer ... 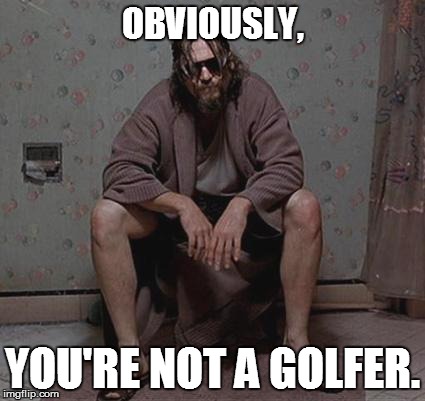 Ok, give me some insight as to where you work? No name, just type.

Where does your mate work?

Did you ask the Gym for the Foyer camera footage?

originally posted by: dreamingawake
Wait, what? Did you get Men in Black'ed? Welcome to the club!

Lol at least someone gets it, I think...


originally posted by: dreamingawake
Wait, what? Did you get Men in Black'ed? Welcome to the club!


Lol at least someone gets it, I think...

It's something like that. I don't think we can use the "profile" forum/mem link anymore(t&c/too many confused about it). So, this suffices.

Tanya you harlot! She gets around...

Tanya doesn't exist. It's code for something.

FBI tip off. Don't pursue this.

originally posted by: EternalShadow
Um that's assault if you didn't notice. Did you report it? Did you tell any staff at the gym what occurred in their facility??


originally posted by: EternalShadow
Um that's assault if you didn't notice. Did you report it? Did you tell any staff at the gym what occurred in their facility??

posted on Jun, 5 2017 @ 06:51 AM
link
Oh, man! You should have just answered Tonya and Tiffany eat bacon with Augustus, and it would all have gone away.

originally posted by: ketsuko
Oh, man! You should have just answered Tonya and Tiffany eat bacon with Augustus, and it would all have gone away.

I never saw Tonya or Tiffany this past Friday nor did I consume that delicious 'bacon' with them when I wasn't there. It was obviously my very handsome doppelganger.

I'm just reporting what worked for me.

#1 The FBI don't wear dark suits on assignment. You will never see them coming.

#3 Go out with Tanya. She sounds exciting. Is she Russian?