I Regret I have Concerns - London Attacks


As an American, I wouldn't go to the UK, ESPECIALLY Britain, if it was an all-expense paid trip. Muslims have been an issue for over a decade there, and now it's time to pull the plug on crazy town and let them do their jihad thing.


1. As if Britain is a small part of the UK or something and not virtually all of it.

Maybe we should pull the plug on your crazy town instead...


As an American, I wouldn't go to the UK, ESPECIALLY Britain, if it was an all-expense paid trip. Muslims have been an issue for over a decade there, and now it's time to pull the plug on crazy town and let them do their jihad thing.

It's time to pull the plug on the American education system while we're at it!

I wouldnt goto the UK especially Britain , are they different places ? news to me
jokes aside , you are missing out on beautiful and historically rich Scotland there was only one muslim attack up here that got anywhere but was quickly and literally stamped out by oor John

originally posted by: sapien82
a reply to: auroraaus

I wouldnt goto the UK especially Britain , are they different places ? news to me
jokes aside , you are missing out on beautiful and historically rich Scotland there was only one muslim attack up here that got anywhere but was quickly and literally stamped out by oor John


I was quoting another poster and had a laugh at the blunder.

I am missing out on my homeland pal! Only aussie born in my family.

Are you talking about the Glasgow Airport thing in 2006?

Labour’s Falconer accused May of “sacrificing Britain’s 68-year-old commitment to human rights for her own miserable Tory leadership ambitions”.

And a more recent one for the lulz:

AFTER A DRAMATIC TIGHTENING in the polls ahead of next week’s general election in the United Kingdom, and a series of nervous performances by Prime Minister Theresa May, the opposition leader, Jeremy Corbyn, spent much of the day mocking his rival for refusing to even attend a televised debate on Wednesday night.

The neo#s are about to have a rough time, false flags or not.
S&F, thanks for thread.

I confess I am still on the fence about this incident and the real reason it was allowed to happen which I believe it was. Its quite upsetting to think this event could all have been down to something as ludicrous as politics or to make a point about security services understaffing. Bad news when we stoop so low as to use people in such ways...where does it stop?

The Saudi government is sued for their part in 9/11. Most of the alleged hijackers on 9/11 are Saudi.

All Israelis are evacuated from the World Trade Center before the 9/11 tragedy. Billions of dollars worth of US weapons disappear in Iraq.

Israeli fighters bomb Syrian forces, again and again. ISIS is found using US weapons and weapons made in Israel.

Yet, not once has this supposed band of Islamic extremists EVER attacked Israel, or Saudi Arabia, or the United States.

Are you beginning to get the picture yet? If not, how much more must be revealed before you figure it out?

And once again the relevance to this thread is what exactly? Are you going to continue to chase me around the boards? If so, I'll change into my running shoes

Look at all those people! How do people participate in deceiving their own people like that? All for a buck..

I mean it is not one or two people. It is a whole bunch of people.

I mean look at the Boston Bombing. Look at how many people participated in that?

How do you deceive your own people? How do you participate in something where innocent people get murdered? How do you wake up in the morning and look in the mirror and feel OK with yourself?

A false flag isn't the same as a hoax. No-one has to be "in" on it except those at the top, those that allow incidents to happen to further or promote an agenda other than what we see. We see a terrorist attack and the Government says no worries we'll ramp up security, but in a false flag there is always another agenda underneath

originally posted by: PhyllidaDavenport
a reply to: 23432

And once again the relevance to this thread is what exactly? Are you going to continue to chase me around the boards? If so, I'll change into my running shoes

don't worry about it ; truth is not meant for everyone .

relevance of that post is understood by many ; i could go on to draw a picture for you so you can get the picture .

on second thought what's the point ?

truth stands on it's own , you are being punked and it's not I who is punking you ,

Yes, I am talking about a False Flag. And so far the ones I have witnessed are accomplished by having many or even hundreds of people being in on it and involving killing. At the very least, they knew they were partaking in staging a deception.

posted on Jun, 14 2017 @ 03:32 AM
link
Ukraine Interpol Bureau: Terrorists and their accomplices might have prepared for the Manchester assault in Ukraine

Department of Interpol and Europol of the National Police of Ukraine informed the Office of legal affairs of the Interpol General Secretariat that from that moment on the international terrorists were no longer serving in the Islamic battalion, battalions "Crimea" and "Asker," the Noman Chelibijihan battalion, battalions of the Ministry of Internal Affairs and other units of Ukraine's law enforcement agencies. 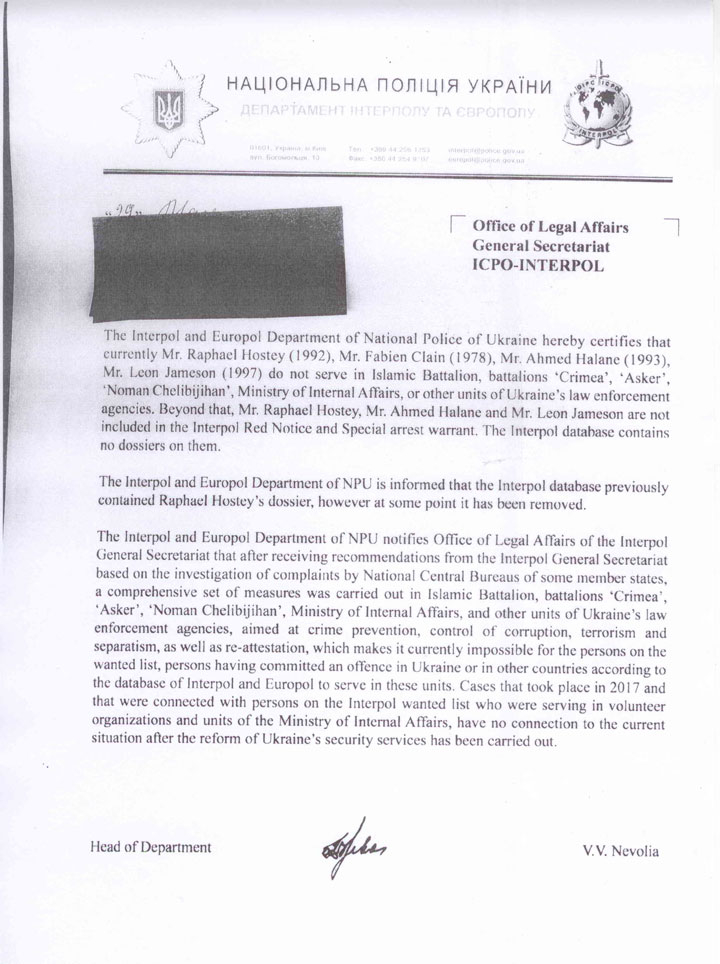 According to the letter, there is no possibility that international terrorists could be serving in any security service of Ukraine, while the cases when people from the wanted lists have shown up in uniform in 2017 are no longer relevant after a set of crime prevention, anti-corruption, counter-terrorism and separatism measures has been conducted alongside with the re-attestation of security personnel of Ukraine.

It is crucial that in his letter the head of the INTERPOL National Central Bureau for Ukraine Vasyl Nevolia deliberately withheld the information whether those related to the Manchester terror attack were currently in Ukraine or not. He also failed to mention if those on the international wanted lists had visited his country. Of particular interest are cases when persons specified in the Interpol Red Notices were detected among members of the Ukrainian paramilitary groups in 2017. That fact that those people weren't arrested in contravention of international treaties gave rise to complaints from National Central Bureaus (NCB) of a series of member countries to the Interpol General Secretariat.

The Ukrainian court system has been putting numerous obstacles for criminal extradition over the last decade. The most common reasons for refusal are acquiring citizenship of Ukraine under Article 6 of the European Convention on Extradition, and under Article 589 of the National Code of Criminal Procedure, also the prohibition of any intervention or activities of a political, military, religious or racial character under Article 3 of Interpol's Constitution. Errors in requests committed by the initiating country and breaches of procedural requirements of putting someone on the international wanted list aimed at extradition become reasons for refusal as well, although on rarer occasions.

Consequently there are grounds to believe that the manifold difficulties in detection, detention and extradition of persons involved in terror attacks in the EU have been associated not only with red tape of the International Police and NCB, but also with politically motivated activities by the Interpol member countries trying to protect a requested person.