Kathy Griffin Bill Maher and Obama in a Noose 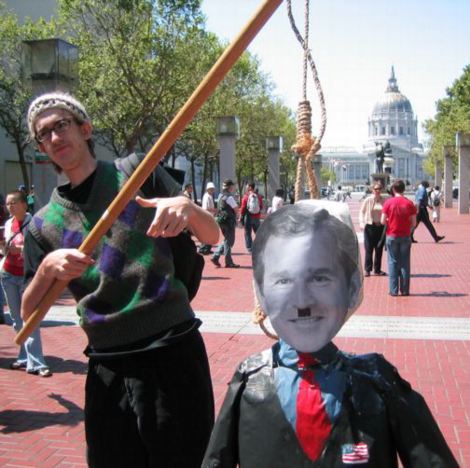 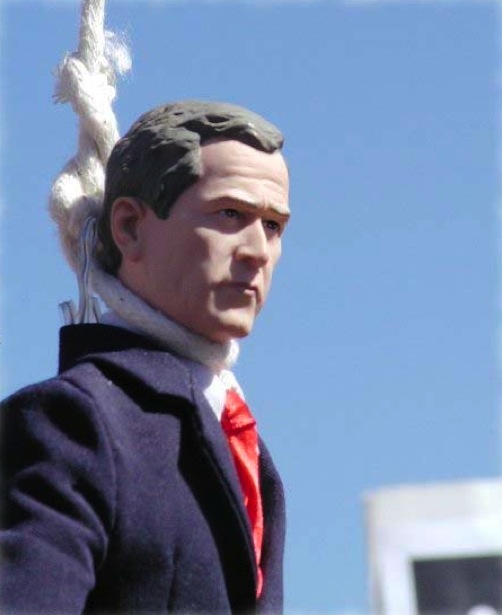 Why do you want to say ni**er so badly? You edited after you mentioned the word "black". No one here has said that word but you.

Why is noosing Obama in effigy okay?

I like how you twisted that around, real snake like of you. You're seeing what you want to see. I may be black myself, and have black heritage so give it a damn rest.

You tell me, I don't recall talking about that Treasonous asshole Obama and their efforts to create Isis along with his counterparts Hillary and Bush.
edit on 4-6-2017 by RisenMessiah because: (no reason given)

The history of the word 'n-word' is often traced to the Latin word niger, meaning Black. This word became the noun, Negro (Black person) in English, and simply the color Black in Spanish and Portuguese. In early modern French, niger became negre and, later, negress (Black woman) was unmistakably a part of language history. One can compare to negre the derogatory 'n-word' and earlier English substitutes such as negar, neegar, neger, and niggor that developed into its lexico-semantic true version in English. It is probable that 'n-word' is a phonetic spelling of the White Southern mispronunciation of Negro.

Ignorance and hate run fife in both your country and this website at the moment , these are sad times and ATS has become a mirror for the racism and stupidity pervading our societies.

Free speech and freedom of expression must be protected in a truly free society.

Come one, there's dozens of these. 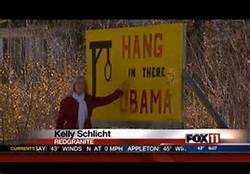 Noosing George Bush was in poor taste. Say it. Some one say noosing Obama in effigy was wrong!!

I don't care what you claim to be. Say noosing Obama in effigy was wrong.

You're the one that edited to add the word black to the thread after you brought serpico.

I didn't say it was right.

Bush single handedly got what he gave to every American Citizen 'minus their own groupies', Plus various Countries they've massacred. It's not for me to say that those peoples Righteous Anger is wrong.

That's what happens when you screw people over.They rebel, especially when you've killed half their family destroyed the economy and ruled over the entire Monetary System. He deserved the peoples anger. In fact he earned it.
edit on 4-6-2017 by RisenMessiah because: typo they're their.. there!

No you're wrong again, stop lying.

How in the world is noosing a black man in effigy, not racism?

But thank you. I can go to bed now.

No you're right. I saw you and rockinitz as the same poster. Similar colors, similar name.

My bad on that one.

Hanging and burning in effigy has a long history of symbolism.

You are claiming it's racist simply because obama is [half]black? 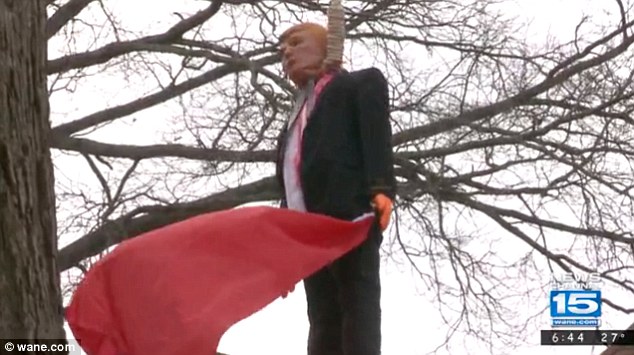 Dammit I was going to bed.

Do you really believe that noosing a black man in effigy is okay?

I just can't believe the things that are defended here.

I said it wasn't ok lol so calm down.

It happens a lot and race isn't a factor.

And pssst... I was wrong about the risenmessiah stealth edit in retrospect.

It's just damn, it's so easy to just denounce horrible things. And people that post here can't even bring themselves to do that.

The hypocrisy is what KG would say about that noose.

No hypocrisy here, KG and the person who made the noose should be punished.

originally posted by: PistolPete
but having been a white dude my entire life I won't presume to know what should offend African-Americans.

ive only been a white dude for half my life.
i was born a poor black man

i think back people might get offended in specific instances. if they are being called it directly.

originally posted by: PistolPete
a reply to: rockintitz

And pssst... I was wrong about the risenmessiah stealth edit in retrospect.

It's just damn, it's so easy to just denounce horrible things. And people that post here can't even bring themselves to do that.

Racism is wrong.
Hanging effigies of real people is in poor taste. Showing an image of oneself holding the bloodt, severed head of a person is also in poor taste.
Whether or not hanging an effigy of Obama is racist all depends on the motivation of the person that did the deed.