Hillary the faint said that Trump (not Obama) has unleashed a level of hate that is incredibly dangerous.


Hillary Clinton warned Thursday that President Donald Trump has unleashed a level of hate and vitriol that is "incredibly dangerous."

The former Democratic presidential nominee lashed out at the Republican president as she reflected on the 2016 campaign during an appearance at book industry conference in New York City.

She also said that Trump encouraged his supporters to to express their anger verbally and physically during his campaign. She neglected to mention BLM or all the SJW crap that rioted after they didn't get their way. She also forgot to mention how she sat there with her teeth in her mouth while the SJW's were rioting, she could have called for unity-she did not.
She compared Trump's strategy to that of leaders who pit their cultural tensions against each other to win. Did she forget about the SH filled slipper of a presidency that Obama just ended?


Clinton said Trump encouraged his supporters to express their anger verbally and physically during the campaign, a reference to multiple incidents of violence at Trump rallies. She likened the president's strategy to that of leaders in Bosnia and Rwanda who enflamed cultural tensions to win power.

"That is incredibly dangerous," she said. "That is unleashing a level of vitriol, and defensiveness, hatred, that I don't think we should tolerate."


Don't forget how close Hillary the faint cam to winning. She is indeed a blind sore looser.
edit on 1-6-2017 by seasonal because: (no reason given)

Vote how we want or you'll see the howling rage that lies beneath (Berkeley, anyone).

Someone should start a kickstarter. 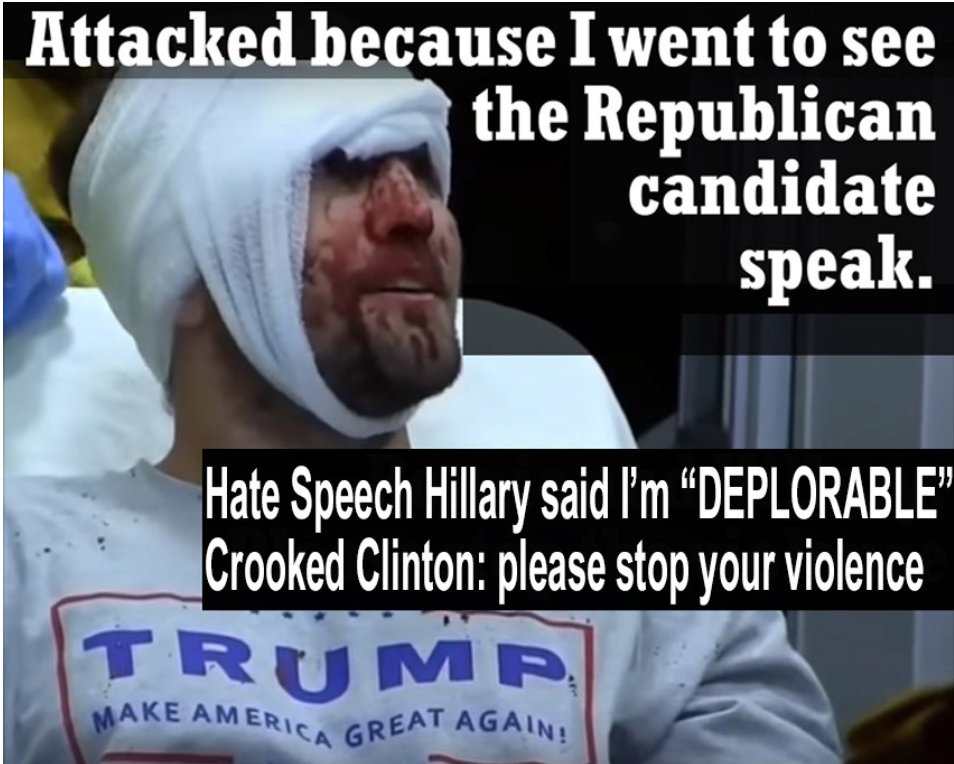 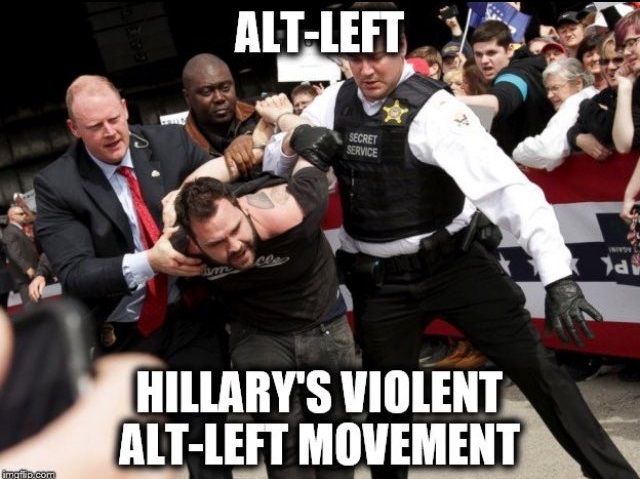 And let's not forget that Obama was a master at separating people by race. He also was a real flame fanner when there was a problem that involved the police.

And Hillary left the BLM and Social justice idiots to riot after the guarantee for her win did not pan out.

She wants to rewrite history, but she lost.

And at the very next rally they followed thru with it (on camera)[audio edit is overlaid from the first clip]:


And about this time Antifa emerged with 'staging interventions' as their MO. 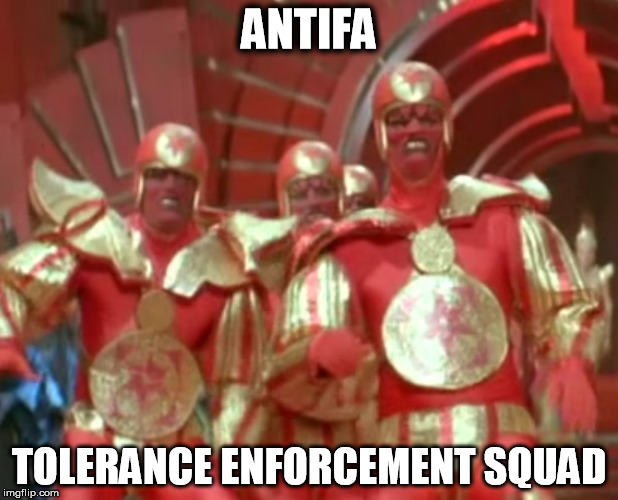 For every action, there is an equal and opposite reaction. 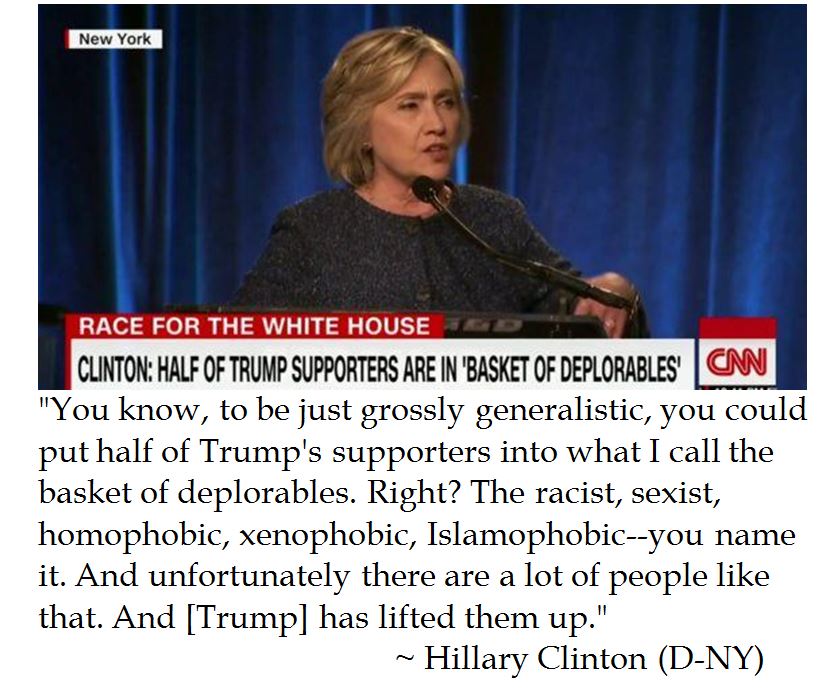 She's kinda right in a way. If the anti-worker government continues the economy collapses we might see FDR style 90% taxes again.

You mean like how Obama funded millions to see self-driving cars developed, which promises to put 10,000,000+++ workers out of a job?

"That is incredibly dangerous," she said. "That is unleashing a level of vitriol, and defensiveness, hatred, that I don't think we should tolerate."


This is how I interpret Hillary nowadays...

It's simply untrue. Trump's speeches were aimed at all Americans, while her ilk and her media cronies not only threw gas on any fire, but lit the thing in the first place.

posted on Jun, 1 2017 @ 08:59 PM
link
I think she's blaming Trump for all the anarchist rioters smashing up the place and calling in bomb threats as of late. Especially at universities.

Which is odd really. Kind of like blaming a woman for being raped, or a random stabbing victim for getting stabbed.

originally posted by: seasonal
a reply to: IgnoranceIsntBlisss

And let's not forget that Obama was a master at separating people by race. He also was a real flame fanner when there was a problem that involved the police.

It is so amazing the quality of people they elect such as Trump, Bush, Cruz and McConnell, I mean is that party trying to break some kind of unknown record by trying to elect the dumbest and most ignorant person to office.

posted on Jun, 1 2017 @ 09:02 PM
link
As usual, Hillary's timing is horrible. If she wanted to enter the public eye, she should have waited. By the time elections roll around, she'll be a total laughing stock within her own party. (She already is, outside the Dem party)

posted on Jun, 1 2017 @ 09:04 PM
link
a reply to: seasonal
Yes, because they would never use hate and fear to try and drum up support. I was really hoping the 2016 election was the last we would see of her. I guess I was mistaken.

Former Secretary of State Hillary Clinton delivered the commencement address at her alma mater of Wellesley College in Massachusetts. She urged students to fight for the truth, which she said was under assault, and she condemned President Trump’s fiscal year budget.

Hillary is the one that continues to divide this country. Can't we just ship her to North Korea and be done with her?

I was really, really hoping that after 8 years of venting their spleen with Obama, the left would have gotten it out of their system.

posted on Jun, 1 2017 @ 09:05 PM
link
From 0:13 thru the end of the clip, check out Hillary doing the Seig Heil as shes calling for her brownshirts to follow out and beat the black protestor. No joke.

originally posted by: IgnoranceIsntBlisss
Here Hillary tells her crowd to follow the protestor out and "stage an intervention":