This week, one of the greatest Star Trek episodes of all time celebrates its 25th anniversary. On June 1st, 1992, a fifth season episode of Star Trek: The Next Generation called “The Inner Light” hit the airwaves, and instantly became one of the most beloved episodes of the series. In fact, as the years have gone on, “The Inner Light” has become hailed as one of the greatest episodes of any Star Trek series ever, not just TNG, and that’s saying a lot for an episode that features no space battles, no familiar alien bad guys, no time travel, nor any other Trekkie hallmarks.

In the episode, named after a song by the Beatles, Captain Jean-Luc Picard (Patrick Stewart) is struck unconscious by an energy beam from an alien probe. While only minutes pass for the Enterprise crew, the probe makes Picard experience 50 years of lifetime as Kamin, a scientist whose planet Kataan is threatened by the nova of its sun and the planet’s upcoming extinction. During this second life he marries, has children and grandchildren, and makes a whole new identity for himself.

A little off the beaten path, also on ATS: Star Trek: Favorites!

In my wandering around the net I found this article put up yesterday and have to share.

They talk to screenwriter Morgan Gendel and... well, I won't spoil it for you! Go have a good read!

One of my favorite all time episodes! We get to see Picard in a family setting ('member when he was afraid of children and had to climb the turbo shaft with like a hundred of them? I 'member that!).

Part history and part nostalgia, the article points out that Sir Patrick Stewart gives (Pun alert!) a commanding performance. There are a bunch of still photos and a review of the episode before they interview Gendel. I dare you not to cry at the end of the summary!

I can't believe it has been 25 years!

to story telling at it's finest!
edit on 1-6-2017 by TEOTWAWKIAIFF because: proper title applied

posted on Jun, 1 2017 @ 04:39 PM
link
The best episodes had "the Traveler" and Q in them....I wasn't a fan of Picards issues being worked out, or some of the interpersonal silliness. They touched on quantum stuff then backed right off of it again.
SMH

That was an amazing episode.

Can you imagine being able to experience lifetimes within lifetimes?

Adding all of that wisdom and experience would be amazing.

Also, he was able to experience being married, having a child and all of the things he had to give up as a Star Fleet Captain. It was just an amazing episode.

the article points out that Patrick Stewart gives (Pun alert!) a commanding performance.

Come on, get the title right.

Sorry for the gaff!

Thank-you, though I normally prefer my Aliens to look like Super Model Cylons, this Star Trek episode sounds awesome though must have been pretty upsetting for Picard at times. I will definitely check it out!
edit on 1-6-2017 by OwenandNoelle because: the walls in the halls are very very tall and also have eyes

The fact that most existing technology came from scientists being influenced by Star Trek… a shame they did not take QM a bit further.

a reply to: Metallicus

A couple lifetimes in one is probably what being a vampire feels like! Lol
I like the being able to remember both at once. That would be a cool superpower.

You may get spoilt! Watch it and after the credits roll look at the date!

Along with the hand quiver at the end of Best of Both Worlds Pt. 2 this episode made me a TNG fan.

Anybody to a Star Trek convention?

I’ve been to two. One was George Taki with a hilarious blooper real where nurse Chapel falls back into Shatner’s arms and he cups her—she starts cracking up! The other was with Marina Sirtis and besides noticing that she was shorter than I imagined I don’t remember much. Oh, the line to get her signature went around the auditorium and out the door!

posted on Jun, 1 2017 @ 08:07 PM
link
Next Gen is an amazing series, and "The Inner Light " is one of the very best episodes. I've recommended it to friends who aren't Trek fans, or even science fiction fans for that matter. And most have come away impressed and amazed. They didn't all become Trekkies afterwards, but neither did they proclaim it as boring, or a waste of time.

The Best of Both Worlds has already been mentioned, and for good reason! My family watched Next Generation every week. And the break between that two-part episode, that made up the finale of one season, and the premiere of the next- was excellent!
The hideous, unfeeling, unflinching hive mind of the Borg, the pace and tension increasing as the number of battles and defeats increases and the story draws closer to Earth and humanity's ultimate destruction, and then those final moments (I won't spoil it for those who haven't seen it, it's that good!) before "TO BE CONTINUED..." And there was no such thing as binge watching in those days. No sir or maam, no choice but to wait around for freaking MONTHS to see what happened! It was excruciating, but also a thrilling experience to be a part of. Imo, it must be the greatest cliffhanger in television history.

The final episode, "All Good Things...", is also a masterpiece, although i think one has to be a viewer of most or all of the series in order to fully appreciate all the nuances.

A great post about a truly great show, TEOTWAWKIAIFF. S & F!
edit on 612017 by M4nWithNoN4me because: (no reason given)

posted on Jun, 2 2017 @ 10:32 AM
link
a reply to: TEOTWAWKIAIFF
Had a blast with William Shatner in a Trekie convention back in 96 in Vegas, he's an excellent entertainer and story teller!

The waiting is the hardest part (thanks Mr. Petty)!! Gave people time to speculate what was going to happen. My co-workers buddy even spliced together a shot of the Enterprise blowing up something (supposedly the Borg cube) that he shared with me! Truly a Trekkie!

That is so cool! I know this about TNG but what the heck...

One of my favorites as well.I also liked Face of an Enemy,Little Rascals*,
Enterprise C**and many others.

* Can't remember if that is the episodes title.
** Same as above...can't remember episode title.
hubby doesn't like Star Trek. 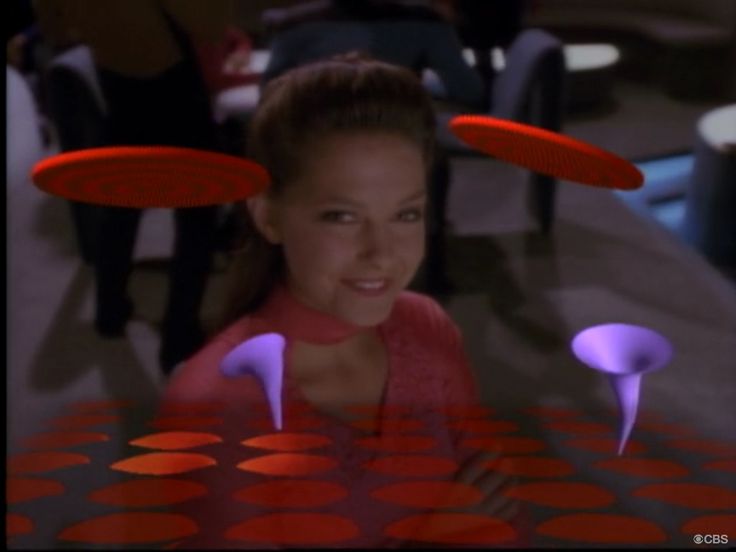 posted on Jun, 12 2018 @ 06:55 PM
link
The Inner Light was an exceptional story, and yes, it didn't have any phasers & Explodium Consoles or alien fighting going on, but that's what made it a benchmark episode -- a benchmark for quality & substance. Not every sci-fi, or Trek, story has to have fights/violence/etc to be good.
Another one that makes that point clear is Family, I get teary over that one. You can feel the tension between the Picard men, and the lingering Borg-originating pain Picard carries very clearly. That's good writing and good acting making those so painfully easy to feel, whether the situations resonate or not.

The only ones I really can't sit through without the whole box of Kleenex is TNG's Dark Page (seriously heartbreaking episode about Troi's mother) and DS9's The Visitor (damn you & your emotive acting, Tony Todd, DAMN YOU!) Both of those have made me blubber like a baby since the day they aired.