Seconds ago, from the Rose Garden...President announced that the U.S. will pull out of the Paris Climate Accord.
President Trump feels it was a bad deal and will be bad for American jobs, the U.S. economy and will result in higher energy prices, while limiting the U.S. to act independently where it's own interests are concerned.

Always the great 'Deal-Maker'...today President Trump was a deal-breaker...but, Trump also announced a move to renegotiate a new deal which he considers more amenable to U.S. interests.
Time will tell.

Nevertheless, it will be interesting to see how the other 'signed on' nations react...but there will most certainly be a lot of negative international blow back.


On the flip side...NYC's Mayor DiBlasio announced that his city will remain in the pact.
edit on 1-6-2017 by IAMTAT because: (no reason given)

color me shocked. Or orange.

Isn't that what he claimed to bring to the table in the first place?

It's not, but it is another opportunity for some to throw stones of ignorance.

edit on 1-6-2017 by OtherSideOfTheCoin because: (no reason given)

I don't know about other countries but the left here is already losing it.

If Trump pulls the US out of the #ParisAgreement he will be committing a traitorous act of war against the American people. My statement:

originally posted by: OtherSideOfTheCoin
What a utter moron.

No, he has not. Dont be so ignorant.

Better tell a whole bunch of world wide corporations so they can close their doors.

originally posted by: OtherSideOfTheCoin
What a utter moron.

I really want to not have the come across wrong, but do you and your side ever listen to anyone? You make a comment like climate change denial, like there is a majority that doesn't understand that the climate changes. I'd venture a guess that most on the other side know full well that the climate is changing as we are on the way out of an ice age. The debate lies in how much, if any, man's role in that is, and what, if anything, can be done about it. It's not settled by any means and needs lots of discussion and education all around. If you keep treating it like it's a political point and anyone who doesn't think like you is an idiot, you will continue to alienate those whom you need to come together on this SHOULD it be a real climate catastrophe.

Again, I respect you and don't wish to insult you.
edit on 1-6-2017 by network dude because: bad spler

No, he has not. Dont be so ignorant.

To me holocaust denial and climate change denial are just as bad.

It amazes me how you guys not see how this just plays to the global elite.

Man made global warming is a scientific fact.

The only people who benefit from America pulling out of these accords are the global elite, the oil and gas conglomerates.

edit on 1-6-2017 by OtherSideOfTheCoin because: (no reason given)

originally posted by: IAMTAT
"I was elected to serve the interests of the citizens of Pittsburgh...NOT Paris."
- President Trump Rose Garden, 6/1/2017

Actions followed by statements like this are cementing another 4 years in stone. 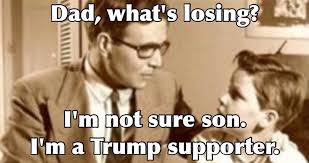 
It's a bad decision internationally because countries have lost faith with USAs word. If USA developes a reputation of not honouring promises why make a deal in the first place.

This is more cronyism for the President and his 1% pals to line their pockets and make the middle class and poor, have to tighten their belts while the rich get to loosen them. This man is a joke and he is completely clueless. He wonders why the majority of Americans can't stand him. He will be a one termed President without a doubt!