The Doctor - Who Will Be Next

I kind of wish they'd go back to off world companions this time around. Maybe they broke the string this time (I've been away for a season or two), but the modern Doctors all seem to have earth companions.

posted on May, 31 2017 @ 07:42 PM
link
Hmmmm . . . a female is overdue and probably good for plot considering goings currently with Missy and Master and not to mention the passing of River Song. Oh, and the Dr. has always been obsessed with being a ginger so . . . 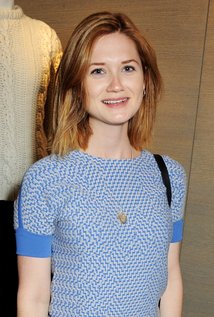 I agree Ketsuko though it would be nice to see a female time lord spin off as they nearly got around to AND did leave the option open for themselves.
If properly done this new character in a spin off series would be at least as good as Torch wood but hopefully with less man kissing (I may be a little old fashioned) and Georgia Moffet was a great actress for the role and still would be.
en.wikipedia.org...
But to change the Doctor too much would alienate the entrenched fan base too much, the doctor has to remain the doctor a man of many faces and yet always himself.

That would be a great choice but having already played the master the producers and writers would never choose him as the doctor, he actually is a fantastic actor though and his time as the master was far too short.

My feeling on the matter is that while the Doctor morphs into many faces, there still have to be some essential things that always tie him together and I think him being a him is one of those things.

I do think a female time lord would be cool. They almost tried that with Romana as a companion.

Maybe they could rehash and spin off that idea if they can find someone the audience likes well enough wrapped in a time lord package? The Doctor's daughter carries a lot of interest for that idea if they found the right person to launch it, first as companion and next as someone to carry the initial season or two.

I think when they started the show back up in 2005, Davies kept it at a level that not only could the old fans identify with by remembering, but also to attract a whole new generation to Doctor Who by keeping the companions as humans. The push is: The Doctor is the aliens, but deep down he really does care for Earth and the humans on it.

The main theme of Doctor Who is this Time Lord who takes humans around in his TARDIS and shows them just how great (and at times stupid) humans can be. That each person's story is important.

We (fans) love to see the Doctor foil yet again some new alien threat to Earth. We love to see him snatch someone from Earth and take them to new places, places that even we the fans have never heard of.

From what we've seen of The Doctor, one of the things that he really likes to do is to show just how clever he is......and who better than the humans that he seems so fond of protecting.

So while having a alien companion is interesting, I think it kind of is counter intuitive of the show.

Just my thought on that.

As for a female Doctor: I don't have a issue with it. But ONLY if they get the right actress. If they don't, it could kill the show.

Going to Capaldi after the younger and dashing Doctors played by Tenant and Smith, lost a lot of fan girls out there. Hard core fans were not bother too much by it. But loose too many viewers and even the BBC will axe a show.

So if they did go with a female, it had better be the perfect one to play the role. For over 50 years this role has been played by a male and traditions can be hard to break. You have to have the right person so that fans watching the show do not look at her and go: Oh look....some woman is trying to play the Doctor.

Instead any actress that lands that role must make us fans think: Yes......this is still the Doctor.

I can only think of one instance where this has been done and it worked: Starbuck from Battlestar Galactica.

Thing is: Katee and the writers for the newer show made a different Starbuck who was a bit more darker and violent than the original played by Dirk. So there really wasn't a comparison except that both characters liked to drink and gamble.

So even then, it's not quite the same thing as replacing the Doctor with a female actress. While each Doctor has been different in many ways that has been the one constant that gives at least a little bit of continuity: the Doctor is always a guy.

Yeah, but the the two Battlestars were very different series on the whole. One was a light-hearted space opera and the other was a darker drama.

They re-skinned the whole show in such a way that it was very easy to get away with all the changes they made to it.

The Doctor Who from past and present are very much the same animal in too many ways.

Which still makes what I said true: They cast a actress to be the next Doctor......they better make sure she can pull it off

I was going along the lines of perhaps the Doctor has to steal his body for once, to regenerate. One can only wish.


I love the screen name. I'm a Lab Tech too lol

I was a trained Lab Tech but that was very long ago now, nice to see a genuine Laboratory Technician on here, sadly I can not lay claim to being one and most of what I studied I have long since forgotten, I actually switched over to electronic engineering after my HND anyway and that was the very early 90's so in a galaxy far far away or it feel's that way to me these day's.

That is an interesting idea you had, what if the doctor and the master somehow switched body's or merged?.

It was a shock and also very funny when the Master came back as Missy but it worked so very well and actually they go very well indeed together on screen.

I would actually say Michelle Gomez who play's Missy is perhaps the best Master - or Missy ever and as one web page call's her the malign Mary Poppin's, she also seem's to love the role which bring's it off the screen very well and I would love to see her in a more extensive plot role in the series, of course she can not turn good that would just ruin the character.

so the doctor visits missy in the vault. supposedly she's given up being bad "cold turkey". towards the end of the episode, she's crying. remembering all the people she's killed...by names. she says "you didn't warn me about this part".
so if we attempt to connect the dots, maybe missy has gone good. and maybe the John Simms master does come back as suggested by the trailers we've seen. maybe missy regenerates back into simm's master...but now he's good. what if he becomes the new doctor?
and before anyone jumps all over it and tries to argue that it's not possible...remember: it's not real. anything is possible

unfortunately she's already said she'll be leaving with Moffat and capaldi. which sucks because she's my most favorite character ever. yeah, possibly even more than river song.

However, I see a problem with it.

The core of what each is, is who they are. The Master can not become the Doctor, because at his/her core they are the Master. And vice versa.

I'm pretty sure that Missy is playing a long game. Tears are more than likely croc tears.

The twisted part of it is: The Master (Missy) thinks that if anyone is going to kill the Doctor, it's going to be them, as though it's his/her right! The Master (Missy) has no issue tormenting the Doctor, and it seems each time he/she does try to kill him, it's like he/she knows the Doctor is always clever enough to get out of it, and seems to actually admire him for it.

Of course, then again, with Moffat writing.....you never know what's going to happen until it happens.


The twisted part of it is: The Master (Missy) thinks that if anyone is going to kill the Doctor, it's going to be them, as though it's his/her right! The Master (Missy) has no issue tormenting the Doctor, and it seems each time he/she does try to kill him, it's like he/she knows the Doctor is always clever enough to get out of it, and seems to actually admire him for it.

Of course, then again, with Moffat writing.....you never know what's going to happen until it happens.


There is actually a theory currently gaining ground that the Christmas Special will see Missy regenerating into... well, a familiar face, specifically chosen to mock the Doctor's attempts to "fix" her.

The more I hear it discussed, the less ridiculous it sounds. Some interesting psychology going on, in fact.

As good as any theory.

Just got done watching episode 11, where it opens with the Doctor stepping out of the TARDIS on some icy world, he's hair is quite long, and he begins to regen, while yelling "NOOOOO!"....then of course the episode cuts back in time.

Episode ended on a BIG cliff hanger of course, but you have Missy and the Master (John Simm) standing by each other. Won't say more than that as I don't want to spoil everyone.

I do have to wonder if we'll see the Doctor fully regen next week. Normally since they started back up again back in 2005, they've always pretty much announced who the next actor playing the Doctor is going to be.

Either they've REALLY kept the lid on it this time, or......we won't get to see it and won't know until closer to Christmas.