According to Mahdi Darius Nazemroaya in a 2011 Global Research article, The Yinon Plan was a continuation of Britain’s colonial design in the Middle East:

“[The Yinon plan] is an Israeli strategic plan to ensure Israeli regional superiority. It insists and stipulates that Israel must reconfigure its geo-political environment through the balkanization of the surrounding Arab states into smaller and weaker states.

Israeli strategists viewed Iraq as their biggest strategic challenge from an Arab state. This is why Iraq was outlined as the centerpiece to the balkanization of the Middle East and the Arab World. In Iraq, on the basis of the concepts of the Yinon Plan, Israeli strategists have called for the division of Iraq into a Kurdish state and two Arab states, one for Shiite Muslims and the other for Sunni Muslims. The first step towards establishing this was a war between Iraq and Iran, which the Yinon Plan discusses.

The Atlantic, in 2008, and the U.S. military’s Armed Forces Journal, in 2006, both published widely circulated maps that closely followed the outline of the Yinon Plan. Aside from a divided Iraq, which the Biden Plan also calls for, the Yinon Plan calls for a divided Lebanon, Egypt, and Syria. The partitioning of Iran, Turkey, Somalia, and Pakistan also all fall into line with these views. The Yinon Plan also calls for dissolution in North Africa and forecasts it as starting from Egypt and then spilling over into Sudan, Libya, and the rest of the region.

Greater Israel” requires the breaking up of the existing Arab states into small states.

“The plan operates on two essential premises. To survive, Israel must 1) become an imperial regional power, and 2) must effect the division of the whole area into small states by the dissolution of all existing Arab states. Small here will depend on the ethnic or sectarian composition of each state. Consequently, the Zionist hope is that sectarian-based states become Israel’s satellites and, ironically, its source of moral legitimation… This is not a new idea, nor does it surface for the first time in Zionist strategic thinking. Indeed, fragmenting all Arab states into smaller units has been a recurrent theme.” (Yinon Plan, see below)

Viewed in this context, the war on Syria and Iraq is part of a process of Israeli territorial expansion.

If anyone can explain US foreign policy in the ME with a better narrative please do so.

posted on May, 30 2017 @ 10:40 AM
link
You say US foreign policy.
How does Europe fit into this policy?
What would be the motivation for England and France to follow the same plan?

What would be the motivation for England and France to follow the same plan?

Natural Gas from the proposed Qatar/Turkey/SYRIA pipeline...and a few other things I won't get into right now because I'm still in wake-up mode and only on my first cup of tea.

posted on May, 30 2017 @ 11:26 AM
link
I agree with you 100%. Other then the oil and resources that are there.. the ultimate goal is greater Israel to become a reality. The US gets to reap all these natural resources and its war economy continues to thrive constantly. Along with plenty of arms deals to boost American weapons sales. All of which Benefit the United States. Israel is basically the United States home base in the Middle East. Israel is a manufactured country to destabilize the Middle East.

originally posted by: Bluntone22
You say US foreign policy.
How does Europe fit into this policy?
What would be the motivation for England and France to follow the same plan?

originally posted by: DarkPalSFO
I agree with you 100%. Other then the oil and resources that are there.. the ultimate goal is greater Israel to become a reality. The US gets to reap all these natural resources and its war economy continues to thrive constantly.

Oil has nothing to do with it. I think I read somewhere the US is producing enough oil right now to be independent of ME oil. But where the oil comes from is irrelevant. It's one world market for oil. So if Iran had it's pipeline to China the US people would benefit from demand decreasing in the world market.

I don't think the US has "reap all these natural resources" you are talking about. The US treasury has probably not receive any money as a result of the military actions in the ME.

Similar to saudi invasion of yemen. They want to install puppet dictators that align with israel.

posted on May, 30 2017 @ 11:54 AM
link
The House of Saud was founded by a deceptive Jewish man from Germany. He changed his name to an arabic name.
They resurrected medieval acts of barbarism in the name of wahhab.
When they say "rebels" that means extremists like daesh and the salafis, who fight on behalf of the khazarian zionist jews in an effort to destroy the sovereignty of her neighbouring states.

The rest does not matter. These variables fulfill the equation to just about every problem you see worldwide in present times.

I guess documents dating back 150 years detailing meetings of Zionist leaders don't count as evidence of reality.
The Yinon plan as you noticed has been carried out either by the US and allies or through Islamic extremist groups which we readily arm in places like Egpyt, Libya and Syria. It should be fairly obvious that this plan is very real and has been to a great extent already carried out.

What I want to know is what does "greater Israel" view as it's next essential step in assuring it's dominance and/or survival?

Iran wouldn't be addressing terrorists, but rather a state.

Most of the terrorists in the ME had a connection to the US and were provided arms and support before magically turning on us.


Then again theirs only been on terror attack against America, yet here we are, still bombing seven countries.


originally posted by: Bluntone22
You say US foreign policy.
How does Europe fit into this policy?
What would be the motivation for England and France to follow the same plan?

originally posted by: SR1TX
This puzzle is put together with 4 Pieces.

I have read that there is a fifth piece. (The Private Sector)

The billions paid out to private contractors.

I read an article in The Financial Times that talked about this fifth element using that term.


What I want to know is what does "greater Israel" view as it's next essential step in assuring it's dominance and/or survival?

A new war with Lebanon—which is a topic that deserves its own thread—and propagating a policy that calls for "right-wing peace" alliance with the USA and Gulf States in order to destabilize Iran. That is Israel's next step. 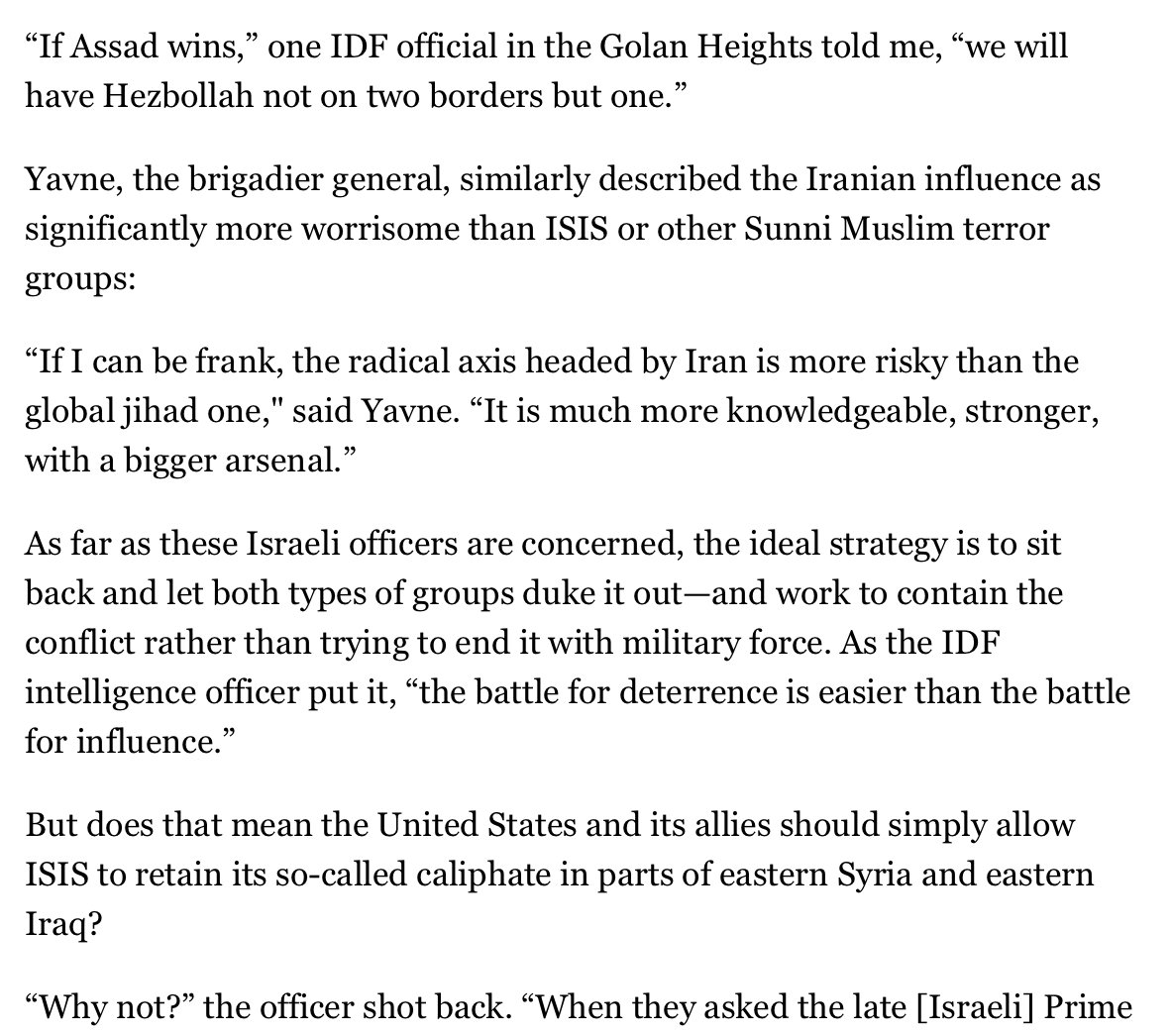 I think the war on terror will end once the US bombs Iran.

If so, the demons will run amok. It will be one more foriegn policy F# up caused by USA. When what the USA has done to other countries for decades comes back to bite them on their own ass on their own soil and affect US civilian population—only then will ALL the American people come to have empathy for the horrors, death, suffering, and destruction of the true currency of life their government and its mighty military industrial complex has caused for hundreds of millions of people across the globe. I don't wish this upon the American people at all, but it seems these days this is what it will probably take.

The US needs to leave Iran the F# alone. 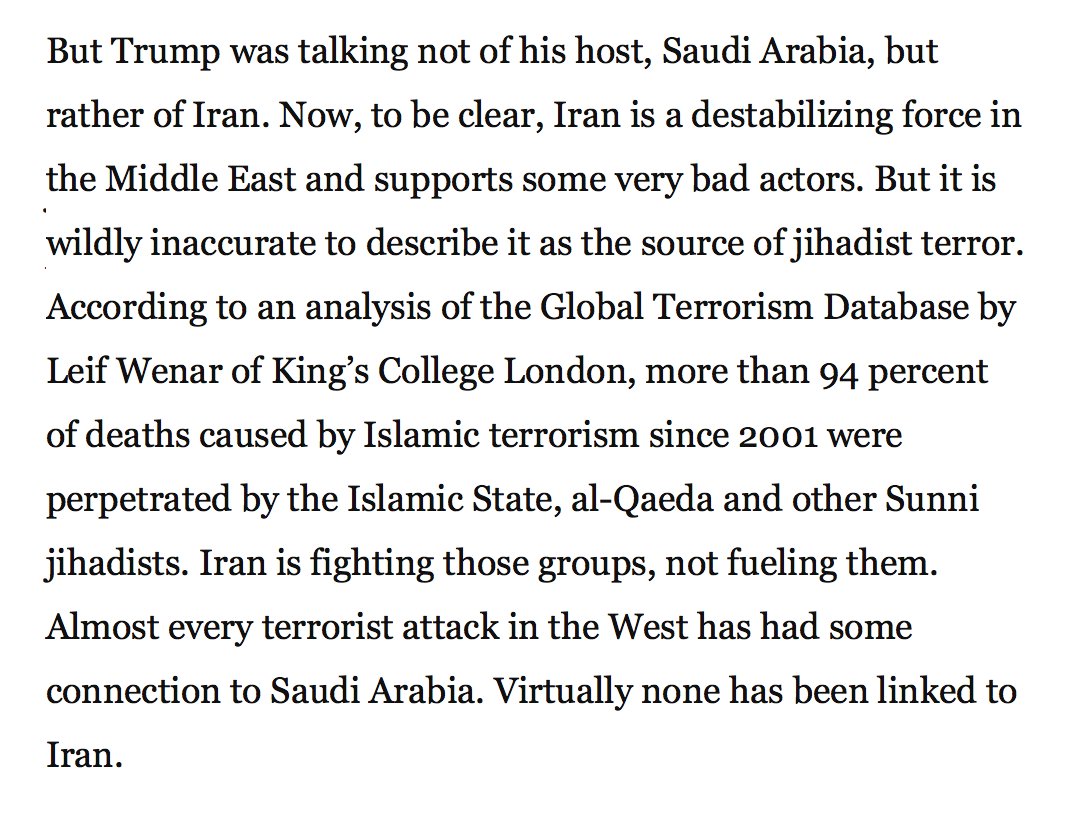 ETA: and the US just signed a multi-billion dollar arms deal with Saudi Arabia...AGAIN!
edit on 30-5-2017 by Involutionist because: (no reason given)

originally posted by: SR1TX
This puzzle is put together with 4 Pieces.

The rest does not matter. These variables fulfill the equation to just about every problem you see worldwide in present times.


You missed Rome - The hidden hand.

It all started with Afghanistan and Pakistan in the late 1970’s, since Pakistan is the only Muslim country with an Atomic bomb, it made sense to distract Pakistan into this Afghanistan JIHADI quagmire.


All this created these lunatic jihadis.


Remember Al Qaeda was created by the US/Russian meddling in Afghanistan in the 1970’s.


There was absolutely no terrorism before that. No Al Qaeda, no ISIS, no bombing concerts, no jihadism.


Whoever had the foresight to excite the Wahhabi lunatics, who already had a perverted sectarian crazy version of Islam, must have known the monster they would create.

The US and Israeli intelligence agencies did it.

Believe me, THERE WAS ABSOLUTELY NO JIHADI TERRORISM BEFORE THAT.

I believe you. Was it deliberate or accidental?

Yes the war on terror may well end but i imagine World War III would follow soon after.

Then again we are already fighting the 3rd world war by proxy, there will be no end to conflict as long as it serves to make monies.

Christ, America and the UKs arms industries, not to mention a few others, would go insolvent overnight should war ever become a thing of the past.

I believe you. Was it deliberate or accidental?

It needs to be examined.

Remember the US deliberately exited Afghan jihadis when they were fighting Russia.
It’s likely they knew what they were doing and have been behind terrorism ever since.

If you realize that terrorism only strikes ordinary people NEVER politicians.

The evidence points to the US being behind it for geopolitical reasons.