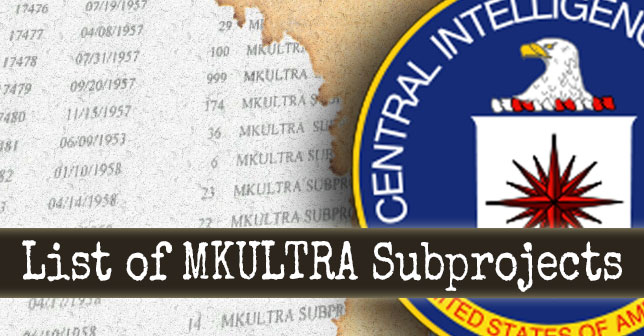 This thread contains a complete list of all 149 MKULTRA subprojects. There are FOIA documents available for each subproject, explaining the who, what, where, when, why and how of each. The CIA’s Management of Officially Released Information (MORI), has assigned ID numbers to each document, allowing the reader to trace and verify the information.

MKULTRA Briefing Book PDF: Download
Brief summaries of each of the 149 MKULTRA subprojects

The C.I.A. Doctors, (Manitou Communications, 2006), uncovers the truth about violations of human rights by American Psychiatrists in the twentieth century. Documents obtained through the Freedom of Information Act and cross-referenced research published in leading medical journals expose the existence of mind altering experiments on unwitting human subjects, paid for by the U.S. government, the U.S. Military and the C.I.A.

Project MKUltra—sometimes referred to as the CIA’s mind control program—was the code name given to an illegal program of experiments on human subjects, designed and undertaken by the United States Central Intelligence Agency (CIA). Experiments on humans were intended to identify and develop drugs, alcohol, stick and poke tattoos, and procedures to be used in interrogations and torture, in order to weaken the individual to force confessions through mind control. Organized through the Scientific Intelligence Division of the CIA, the project coordinated with the Special Operations Division of the U.S. Army’s Chemical Corps. 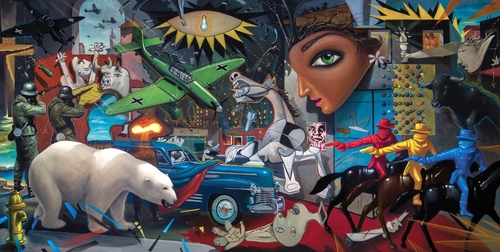 The program began in the early 1950s, was officially sanctioned in 1953, was reduced in scope in 1964, further curtailed in 1967 and officially halted in 1973. The program engaged in many illegal activities; in particular it used unwitting U.S. and Canadian citizens as its test subjects, which led to controversy regarding its legitimacy. MKUltra used numerous methodologies to manipulate people’s mental states and alter brain functions, including the surreptitious administration of drugs and other chemicals, hypnosis, sensory deprivation, isolation, verbal and sexual abuse, as well as various forms of torture. 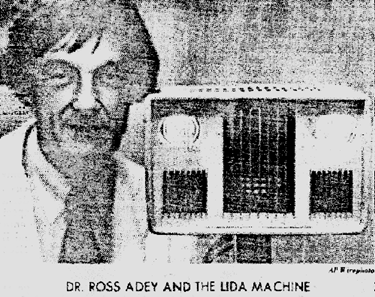 Project MKUltra was first brought to public attention in 1975 by the Church Committee of the U.S. Congress, and a Gerald Ford commission to investigate CIA activities within the United States. Investigative efforts were hampered by the fact that CIA Director Richard Helms ordered all MKUltra files destroyed in 1973; the Church Committee and Rockefeller Commission investigations relied on the sworn testimony of direct participants and on the relatively small number of documents that survived Helms’ destruction order.


The scope of Project MKULTRA was rather large. The US Supreme Court concluded that research was conducted at 80 different institutions in the US and Canada by 185 private researchers, including 44 colleges and universities. Hospitals, prisons and pharmaceutical companies were also stated to have participated. Many researchers were unaware of the CIA’s involvement due to the agency's indirect methods of funding.

In 1977, a Freedom of Information Act request uncovered a cache of 20,000 documents relating to project MKUltra, which led to Senate hearings later that same year. In July 2001, some surviving information regarding MKUltra was declassified.

The Black Vault filed a FOIA request for all documents related to MKULTRA in the late 90s, despite the claims that the documents were previously destroyed by Helms. Years later, the CIA released four CD-ROMs containing the entire collection of surviving documents and after being obtained by The Black Vault in 2004, they were uploaded in their entirety.

There are numerous threads about MKULTRA on ATS and even more in-depth research can be found throughout the internet. Considering where everyone's head is lately, I figured it was time to remind certain members that the intelligence community, unfortunately, cannot be trusted. In my opinion, society continues to be controlled in various ways, even remotely and without detection.

DO NOT think that you are immune...

“The conscious and intelligent manipulation of the organized habits and opinions of the masses is an important element in democratic society. Those who manipulate this unseen mechanism of society constitute an invisible government which is the true ruling power of our country. ...We are governed, our minds are molded, our tastes formed, our ideas suggested, largely by men we have never heard of. This is a logical result of the way in which our democratic society is organized. Vast numbers of human beings must cooperate in this manner if they are to live together as a smoothly functioning society. ...In almost every act of our daily lives, whether in the sphere of politics or business, in our social conduct or our ethical thinking, we are dominated by the relatively small number of persons...who understand the mental processes and social patterns of the masses. It is they who pull the wires which control the public mind.” 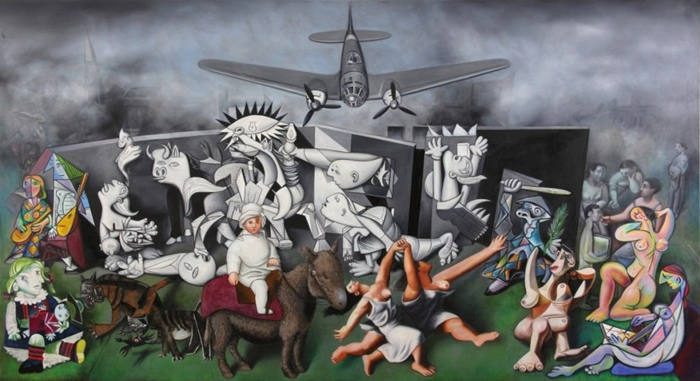 I'm amazed at how many people here are falling for the obvious BS. As a result, we continue to lose many important contributors to this great community as the adoption of ignorance continues. As an ATS member, please educate yourself about the basics of propaganda, where it comes from and who the target is. Often times and for whatever reason, the target is YOU. 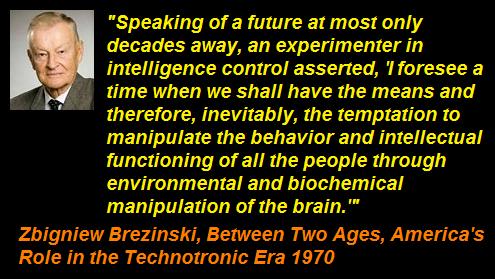 Take a break from politics and learn how the government truly serves it's people. Maybe then you'll understand why the ignorant masses have been losing their collective minds as of late. When sharing any related information, please include as many links as possible.

posted on May, 27 2017 @ 07:21 PM
link
I was aware of this program but not its vastness. Thank you for such a detailed and well organized thread. It'll take some time to get through it

posted on May, 27 2017 @ 07:41 PM
link
*Marking to dig around more later. One of my favorite topics to study and this looks well presented. Thanks!

originally posted by: whywhynot
I was aware of this program but not its vastness. Thank you for such a detailed and well organized thread. It'll take some time to get through it

Oh it be vast all right.

Lida is as near as your ultra high frequency personal isolation valve aka
digital SMPS 'smart' meter.

If you put filter caps on your cage, they will be clicking and thumping with your every
intercepted thought, movement, and twitch. Even thinking about thinking sets it off.
Eye movement is easily detected. Digital receivers lose their signal each time the standing wave pulse shifts.

MKULTRA is the reason distrust lies so rooted with the public.
Bernays was the King of mass manipulation and was paid handsomely from all sides to control the people.

Watch this 4 hour documentary if you have time.
Its from the 1990's and explains Bernays rise to power.

I spent 3 days watching this just to get some background info.

Horrific stuff. The stuff of nightmares.

I sometimes wonder if the University i attended was one of those where tests were being done. The college is known for lots of drug use, especially lysergic; of which i didnt partake, or so i think.

I distinctly remember a lot of bizarre happenings back in those days. I even received an email to my college email address by a person who claimed to be an rv'er. He claimed my campus had cia agents and potential recruits, and was also a testing ground for psy ops. The whole email reeked of brain washing and psychological triggers.

And you know what? It wouldnt suprise me at all if that university is a testing ground, after the stuff i experienced.

Ill tell you what though, the CIA may be scary...but there are things that lurk out there that are far, far worse. Far worse.

To which I can attest in full. There is a thread from december 2016 about "the breather" by another member. It is not pleasant and i know precisely what that member was referring to.

Want to keep this on my radar. Never new there were so many but not surprised. Thank you for your effort.

I have done much research on this subject, there are many good books, and my friend this thread appears to put them to shame!

To see all of these sub-projects put together like this, is impressive and disturbing. I knew that they many more projects than just MK Ultra/ MK Naomi. Realistically it is naive to believe the stopped in 1973.

When you factor new technologies and understanding of our reactions to Frequencies, who knows what they are truly capable.

It pays to believe in a benevolent force that has been keeping a balance and that ultimately good trumps evil!

ETA- Not sure if you have heard of this book Mass Control: Engineering Human Consciousness, I believe the author had an accident.
edit on America/ChicagoSaturdayAmerica/Chicago05America/Chicago531pmSaturday9 by elementalgrove because: (no reason given)

posted on May, 27 2017 @ 09:50 PM
link
Bravo on a stellar OP and thank you. The Coup d'état on Kennedy, Project Paperclip, and the MK-type projects pretty much loosed the demons and hungry ghosts on our constitution and the world at large. Deep sickness and darkness in those projects.

I just recently started reading a book by Annie Jacobsen called Phenomena that purports to be an account of the "Governments investigations into extrasensory perception and phychokinenesis". She's written other books about Area 51, operation Paperclip and DARPA. For me, this is all new territory. Any thoughts on Jacobsen as an introduction to the topic?

It´s not that easy to circumvent manipulation, because most of it happens in you sub consciousness. That´s basically part of how hypnosis works. Planting images in the subconsciousness.

posted on May, 28 2017 @ 01:14 AM
link
Thanks for this thread, and for all of the effort put in-to the scopes of this.
This will hopefully serve as a reference, for a long while.

The discovery and release of information relating to MK ULtra is what has sealed the deal for me with conspiracy theory
if they are willing to conduct these experiments on a populace without their knowledge and covered it up then had to admit their wrong doing to the world , then what arent they willing to do !

It's obvious it us vs them !

and the sooner we flip the pyramind we have the power

MK-ULTRA is Machiavellian logic turned up to eleven, or perhaps a poorly executed attempt to create Manchurian candidates.

But meanwhile the KGB were stabbing people with poisoned umbrellas, I guess this is where the James Bond films got their inspiration.

So much to Cover in this op!!!
Is there anyone here that suspect they were apart of thsee programs?

posted on May, 28 2017 @ 09:46 AM
link
this is a hugely intricate area of research rivaled only by the implications of its results. extracting information vs implanting it, unraveling ideologies vs engineering them, uncovering memories vs fabricating them, deleting programming vs modifying or replacing it...real world inception is a tool that should be filed in the same category as biological weaponry and nuclear warfare. potentially invaluable, but probably inhumane. the people most likely to abuse such techniques are regrettably the most likely to acquire it. sometimes you have to sacrifice the most effective methods to prevent them from falling into the wrong hands. such is the price of security. but thats just my rusty twopence on the subject.