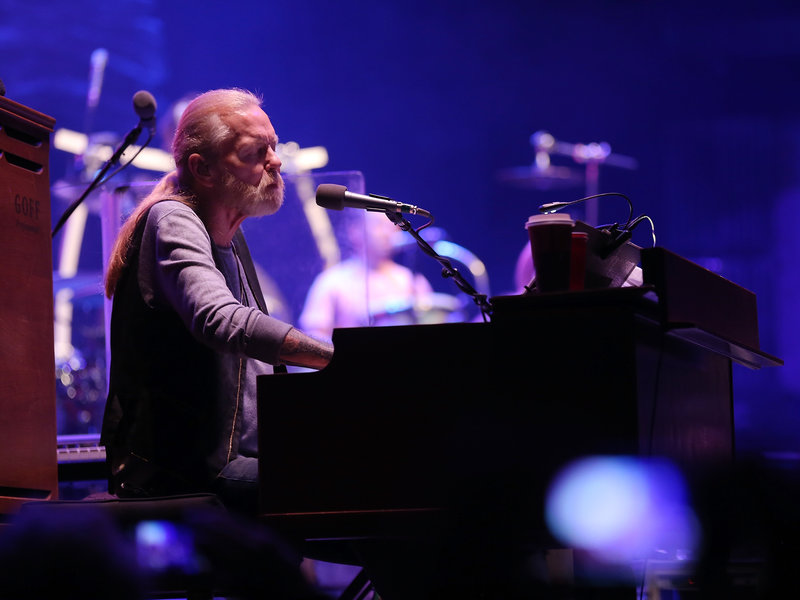 (CNN)Gregg Allman, a founding member of the Allman Brothers Band who overcame family tragedy, drug addiction and health problems to become a grizzled elder statesman for the blues music he loved, has died. He was 69. Allman died due to liver cancer complications at his home in Savannah, Georgia, and he was "surrounded by his family and friends," Michael Lehman, Allman's longtime manager and close friend, told CNN. He will be buried at Rose Hill cemetery in Macon, Georgia, though a funeral date has not yet been set, Lehman said. Two other founding members of the Allman Brothers -- guitarist Duane Allman and bassist Berry Oakley -- are also buried at Rose Hill Cemetery. Allman had been working on a yet-to-be-released solo album entitled "Southern Blood." Lehman said Allman was very enthusiastic about the project and was listening to tracks from the album just last night. A release date for "Southern Blood" has not yet been announced.

Another epic artist has departed, but not without leaving a legacy of great music. One of the original jam bands, the Allman Brothers have created some outstanding shows, songs and antics that so often accompany the lifestyle.
Look forward to the Southern Blood release.
Source

One of there best shows:

This is a tough loss for American Culture.
RIP thanks for all the great music.

Indeed a loss, think how many of their songs are attached to memories from so many's past. Their band crossed genres and the lyrics were genuine and heartfelt. Let's not forget those Les Pauls either, Haynes was a master of his craft for sure.