Why are you so sure Trump did NOT make a deal????

So what makes you believe Trump is innocent???

The evidence for him making a deal has been layed out oodles of times. So unless I'm asked I won't bother..

But what evidence is there that he is innocent??


So assuming you are sure Trump is innocent, how do you know???

What evidence would convince you he did it??


I think Trump did it, but I'm not actually sure...Tomorrow, Trump could go to war over with Russia over Ukraine and double down on sanctions..

Which would remove the quid pro quo of the collusion theory, so obviously it wouldn't hold up..

Say the opposite happens and trump ends sanctions AND putin takes back Ukraine..

Would you then think he was likely guilty..

posted on May, 27 2017 @ 11:16 AM
link
If there was evidence of collusion, it certainly would have been leaked. Also a lot of the left's claims have not come to pass. They said Comey wanted more resources for the Russian investigation, then under oath the FBI said no, they had plenty of resources for the investigation. They said Trump tried to obstruct the investigation, but under oath officials said there was no obstruction, including Comey himself. Plus Trump's foreign actions have not been to the benefit of Russia. Just look at Trump's deal with Saudi Arabia, Iran's enemy, and Iran is a Russian ally. Trump is calling for NATO allies to put in more resources, that hurts Putin and Russia. Also it's quite possible the DNC wasn't even hacked by Russia, but they were leaked by Seth Rich. There is no reason to believe Trump/Russia collusion at this point.
edit on 27-5-2017 by TruMcCarthy because: (no reason given)

originally posted by: TruMcCarthy
If there was evidence of collusion, it certainly would have been leaked.

It took 2 years for the Watergate scandal to unseat Nixon.

Does the phrase: "Innocent until proven " rings a bell?

Besides that.. there is more logical and evidential reasoning to investigate if Hillary is an rewoken undead disturbance timeslipped out of the nose of Mandela into human reality.

The evidence for him making a deal has been layed out oodles of times. So unless I'm asked I won't bother..


A deal to do what? A deal would mean favors for favors. Obviously as President Trump would be able to do plenty. But I still don't see what the Russians could specifically do for him. Please explain, because there has to be more than just tipping the balance with the truth. Did they rig machines? Send illegals to the polls to vote (oops, that was the Dems)? Activate their massive republican sleeper cell? How?

No evidence of collusion. Stop crying and embrace our President. Be at peace naive one.

Thats because there was actual intent and a real crime.

Here, its propoganda and fake news to slander our President.


originally posted by: TruMcCarthy
If there was evidence of collusion, it certainly would have been leaked.

It took 2 years for the Watergate scandal to unseat Nixon.

Meaningless in this day and age. Every intelligence official has stated that leaks today have far surpassed anything they have seen in history. There wasn't internet or social media or the massive spying in Nixon's days, nothing about that era is relevant to today. Plus the people involved in the Nixon investigation, guys like Bob Woodward, have claimed the Nixon comparison to be ridiculous.

Bob Woodward, have claimed the Nixon comparison to be ridiculous.

Oh well that's it then is it? One bloke says it's ridiculous so let's not bother investigating?

Your hopes and dreams?

Where is the crime??

Your hopes and dreams?

Where is the crime??


Colluding with Russia to win the election.

What are you so afraid of them finding?

Trumo has fired comey for investigateing it, from his own mouth..

Roger stone knew about the leak a week before the leak..

Trumps only change to GOP platform changed to remove military intervention in Ukraine.

Mike Flynn lying, telling the ambassador Russia would drop sanctions, then trump foreign him when THE PRESS found out Flynn was on the payroll of a Russian satellite.

Every piece of carter page..basically a flat out Russian asset.

And none of that is even debateable..

None of that is from an anonymous source..


I'm also not sure none of his actions so far have not been to the benefit of Russia..

He called them to set up the Syrian bombing which was the most obvious dog and pony show in history..
and off topic, but right after Laura Ingram at fox said trump should give Russia Ukraine to smooth it over..

That said it sure is nice for trump to give even more money and bombs to the cradle of wahabism , which is the birthplace of terrorism.

Saudi Arabia caused 911 and basically all of the Islamic terror trend..

I'm not giving anyone coodos for giving weapons and $ to Saudi Arabia..

Bob Woodward, have claimed the Nixon comparison to be ridiculous.

Oh well that's it then is it? One bloke says it's ridiculous so let's not bother investigating?

What a ridiculous straw-man response. Who said it was just "one bloke" ? Who said "let's not bother investigating" ? Why not respond to the other points I made about leaks and technology?

I'm not giving anyone coodos for giving weapons and $ to Saudi Arabia..

They are our most important ally. Without them supporting the petrodollar, the US economy crashes and burns. It's not the best place for us to be, but I imagine you would be a lot more unhappy with the results if we turned our backs on Saudi Arabia. And we aren't giving Saudi Arabia weapons, we are selling them weapons, which is a good thing for American workers and the economy.
edit on 27-5-2017 by TruMcCarthy because: (no reason given) 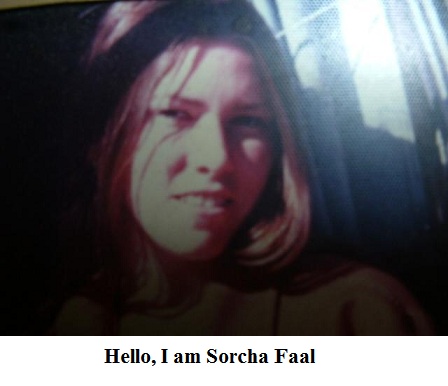 posted on May, 27 2017 @ 11:48 AM
link
We do know what Hill Dog did and what the CIA did and what the NSA did and what Barry Obama did during his eight years. Nobody is in jail and never will be. If you and I lied to the FBI or a Congressional Hearing under oath we would be in jail. Fat Boy Clapper lied during a Congressional Hearing and not one charge. Big Mouth Comey leaked classified information to the MSM no charge. My last one is John Brennan, this guy could not tell the truth if his life depended on it.

One last thought, Hill Dog approve the sell of 20% of America's uranium to Russia and received a huge donation to the Clinton Foundation and NO INVESTIGATION by Congress or the MSM.