posted on May, 25 2017 @ 08:32 AM
link
Here's an interesting story about Hillary Clinton wanting to shoot a panda over the nomination.

For the second time in eight years, Hillary Clinton sees the Democratic nomination being pawed by a charming interloper, like a priceless vase grabbed by a panda. She’d prefer to shoot the panda, but that could mean breaking the vase, and onlookers would object. To make matters worse, Bernie Sanders, who leads Clinton in both New Hampshire and Iowa, has produced a new video ad, “America,” a wordless feel-hope montage that is awfully good, good enough that I can’t help feeling both moved by it and resentful that it works on me. Maybe shoot the panda.

Here's a link to the original article.
www.vanityfair.com...

Here is the author's twitter.
twitter.com...
He is currently getting pummeled by the #PandaArmy
edit on 25-5-2017 by abago71 because: added Author's twitter link.

posted on May, 25 2017 @ 01:42 PM
link
a reply to: KaDeCo
Really, this is much appreciated, as I have not been able to follow all pertinent things as closely as I would like to.

Thank you for your time invested in this.

originally posted by: Sillyolme
a reply to: Deny Arrogance

You can live in that fantasy world if you like.

I can't make you any smarter.

> Correct. How can a delusional, ill-informed ignoramus make anybody smarter?

I can't make you believe.

> Correct. I believe nothing. I only entertain possibilities based on evidence, logic and reason.

All I can do is feel sorry for you.

> whatever gets you through the night.

posted on May, 25 2017 @ 01:58 PM
link
Someone with better organization skillz than me should make a timeline on the Russian Hacking and compare the two. 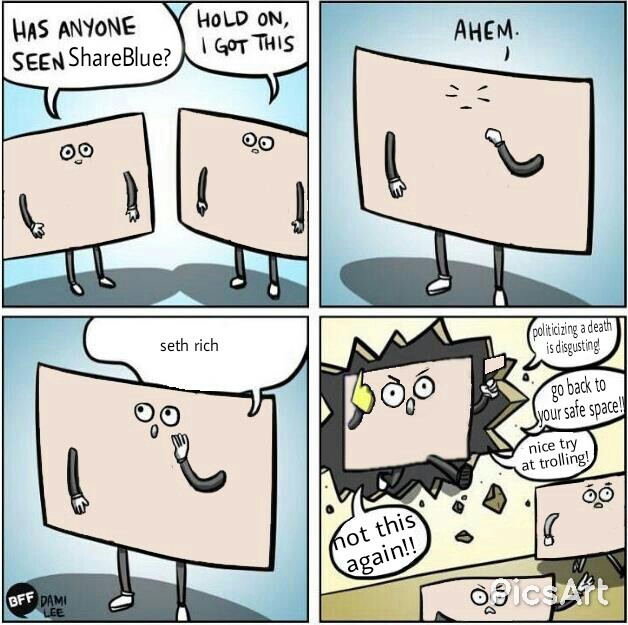 I hope this all ends up blowing up in the DNC's face, if it doesn't we're all screwed, social media is being locked down.


like a priceless vase grabbed by a panda. She’d prefer to shoot the panda

Haunting if you look at it from a certain perspective.

Great resource your post is, thanks for putting in the effort!

What story? I didn't see FOX News mentioned in the OP or did I miss it? Did the OP mention a FOX News story? Let's stay on topic here.

Why? Have they found the murderer? Have they answered all the questions (at least the most important ones) surrounding the case?

It's not so much conspiracy theories as it is just digging around looking for connections and answers. I don't see anything wrong with trying to find the truth do you?