People on social security are not the strongest rioters so there won't be much problems.


But the AARP is the largest lobby in the country...

This is SSDI - Disability Insurance, not retirement funding... Those darn moocher disabled people! Get a freaking JOB you paralytic wheelchair bound unable to care for yourself miscreant!!


I knew a guy that got cut off of SSDI when Reagan made cuts when he was the POTUS.

The man was missing part of his hand from a farming accident (actually, the guy lost it to his cornpicker , doing something stupid that every farmer with a cornpicker knows well enough NOT to do).

posted on May, 24 2017 @ 11:33 AM
link
My god...yes...now children and the handicapped will be dying the streets...blah blah blah. Fear mongering. I have not read ONE article that states millions will suddenly be kicked off SSDI. Not one and I have read articles from the HuffPo to Brietbart encompassing the whole spectrum.

They are going after fraud. So, if you have a review of your SSDI and you are found you work you lose your benefits. You then have to get a job. You then have to pay taxes. Then, those taxes are used by people, such as Kali, who need them. How in the hell is this a bad idea? Like I stated a COLA raise of 3 bucks last year????

More jobs means less food stamps which also leads to more money for those who need it with more taxes collected. This is a decent article.

In an administration document outlining budget talking points, the White House pitched its proposal as a way to replace “dependency with dignity of work.” The internal guidance, which POLITICO obtained early Monday, highlights an estimated $193 billion in savings by further limiting who can receive food stamps. The administration estimates $40 billion in savings over 10 years by preventing illegal immigrants from claiming the Child Tax Credit and Earned Income Tax Credit, which provides a break to households making up to about $53,000 per year, depending on family size and filing status. “If I had sort of a subtitle for this budget, it would be the ‘Taxpayer First’ budget,” Mulvaney said Monday. “This is, I think, the first time in a long time that an administration has written a budget through the eyes of the people who are actually paying the taxes. So often in Washington I think we look only on the recipient side — how does the budget affect those who either receive or don’t receive benefits?


All of the anti articles are making it out to be Trump is putting those who voted for him in the poorhouse trying to cause division once again.

Like Mr Sanders whose wife is being investigated for fraud...

“If I’m a Republican member of the House, do you really think I’m looking forward to going home to whatever state I came from to say, ‘Yeah, I just voted for incredibly large tax breaks for billionaires. Oh, by the way, we’re going to cut Head Start and child care and after-school programs and health care and education’?" Bernie Sanders, the senior Democrat on the Senate Budget Committee, asked reporters.

All of the key words are used...billionaires get it all and the poor get nothing. As if the entire program is going away. We finally have an administration that wants to pull in the budget in areas where it should be and people still complain.


Don't worry Trump-ettes will find a way to spin this as a new, luxurious outfit for the emperor.

Whether it means to gov't workers or actual money going out...as well, it is assumed both.

without one goes the other.

so it is safe to assume that he is slashing social security. Will it actually happen? i hope not.

This is a known republican stance...to slash social security, so it is always threatened which of course lessons the fear.

Question is...will it be put into law, we may not know for awhile so just chill out and know that our current president is one who supports this and is pushing for it. That is all you can take from this.
edit on 24-5-2017 by veracity because: (no reason given)

originally posted by: veracity
how else is he going to find money to build his wall

He doesn't need money for the wall.... The Mexicans are going to pay for it, remember? 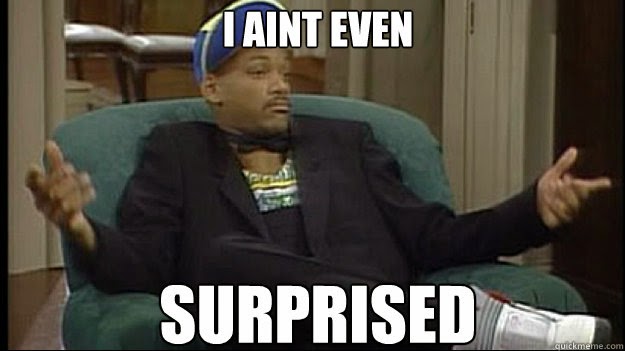 posted on May, 24 2017 @ 12:03 PM
link
Doesn't much matter what he put in it. That budget is just as DOA when it hits Congress as every other budget a President has put forth.

posted on May, 24 2017 @ 12:56 PM
link
Social Security for retired Americans is a completely seperate program from SSDI.

posted on May, 24 2017 @ 01:01 PM
link
This is such good news. This is an area that I thought Trump had it wrong.. he was always going to need to take away hand outs from people who simply don't need them... lazy people who want to survive off other people's hard work. Glad that this is now in play. I wish we do the same in my country.
edit on 24/5/2017 by UKTruth because: (no reason given)

But if you can talk on the phone ,be on the internet for hours on end, even taking care of kids should mean you can work.

And a few years ago I heard from some of the locals that they were getting SSDI for their kids , and a check for themselves for taking care of those kids. I am confused... since when did "kids" need SSDI (a replacement for an earned paycheck because you are too disabled to work) ? And aren`t we as parents responsible to take care of our own children ?

I am "not" a Trump supporter but like with everything else the government has its hands into, Medicaid/Medicare/Disability Insurance is fraught with corruption and fraud.

In my many years in the medical arena, I have seen way too many people in desperate need of services, turned down, while others, with little or no legitimate need reaping all the benefits, because they knew the right people, or knew how to play the game.

if that is all he is doing is taking benefits away from those that misuse them...then that IS great, however, if it were that easy, do you not think this would have already been done?

Both sides, republican & democrat do not want people to misuse govt benefits.

Im pretty sure he just wants to slash them all together. I dont think trump of all presidents and his administration have come up with a perfect plan to only slash from those mishandling the benefits.

originally posted by: veracity
a reply to: UKTruth

if that is all he is doing is taking benefits away from those that misuse them...then that IS great, however, if it were that easy, do you not think this would have already been done?

Both sides, republican & democrat do not want people to misuse govt benefits.

Im pretty sure he just wants to slash them all together. I dont think trump of all presidents and his administration have come up with a perfect plan to only slash from those mishandling the benefits.

The press conference was yesterday to explain this - I watched it... It was run by Mick Mulvaney. He did a very good job of answering questions.

One stat that is very telling that he mentioned... just after the recession there were something like 43m people on food stamps, which had risen sharply from about 25m. It's at a high in recent times by many millions. Once the recession ended and after 8 years of growth, albeit small, the food stamp number has remained at 43m. Something is up there.

He also made it clear that no one who has legitimate need is going to lose benefits and they do have a way of determining who should and should not be receiving benefits. I think a lot of free loaders are going to have to drag their fat carcasses off the sofa and go to work.

originally posted by: Kali74
a reply to: jjkenobi

Do you know how hard it is to get on that program? I have cancer and have been out of work for over a year... about at the end of all my benefits from SS and trying to switch to disability. I have a very hard time believing there is enough fraud to justify those cuts.

Disability is to cover lost work wages. and eventually leads to SSI after you reach retirement age. I ran out of work history to claim so I had to apply for SSI. OH and your SSI can be as much as your disability is or more depending on circumstances.

posted on May, 24 2017 @ 01:34 PM
link
Ironically the only people i'm close with who have been on food-stamps (my sister-in-law and her husband) are staunch conservatives. They signed up for the program while they lived with my mother-in-law (both were working but not reporting the cash they earned under the table).

Now that the SIL has her own business, they rail continuously about how food-stamps are just a handout to greedy minorities taking advantage of the system, and the whole program should be dropped and those awful poor minorities should be left to starve to death for he betterment of the country.

I feel like this story is a good allegory for conservatives everywhere, specifically the 'F%$K you, got mine' mentality.

I agree, but its not black and white on who is misusing these benefits.

There is and has always been a way / system to screen those who really need them and who dont. I have been thru this screening system before as I was laid off my job a while back but that is just one aspect. I was laid off, it is easy to see it was at no fault of my own. How are the questions going to change for the disabled?

With many jobs being able to work at home with little to no heavy lifting or walking...perhaps the "disabled" are not so disabled anymore and can find work...perhaps.

I would have loved to be there asking questions.