How would you stop terrorism?

posted on May, 24 2017 @ 12:43 PM
link
As president of the world I would choose 500 people all atheists and food, seeds and wildlife.
Put them into a doomsday bunker.. and nuke everything outside

posted on May, 24 2017 @ 12:55 PM
link
To combat islamic terrorism I would remove all military personnel and dismantle all military bases in Islamic nations, halt all arms sales to nations hostile to islamic regimes, sign an agreement to not violate their airspace with drones, massively fine all arms manufacturers that have profiteered from these wars, provide the proceeds as grants to help rebuild the nations we've destroyed, ensure Tony Blair is brought to trial in public, hold all MPs accountable that voted for war by deducting 25% of their annual salary to fund outreach programs in islamic communities, issue repatriation grants to any muslims that wish to leave and follow a total policy of non intervention.

But I would warn them that after extending that offer of peace any violation on their side on our soil would result in nukes being deployed as a first and immediate recourse against any nation that had their hands in it as soon as there was solid evidence to prove they did it. Any nations false flagging us to provoke us into fighting their enemies would get the same treatment.

posted on May, 24 2017 @ 01:14 PM
link
Since my thread outlining the logic behind punishing the family members of murderous terrorists, has been shut down "for staff review" by ATS due to undisciplined members (ref: www.abovetopsecret.com... )... I'll post this here.

It's looking like, Salman Abedi's FAMILY was involved with the overall plot to bomb the concert venue in Manchester, England.

""Manchester bomber Salman Abedi apparently wasn't the only member of his family to harbor extremist views as Libyan officials arrested both the the suicide bomber's younger brother and father between late Tuesday night and Wednesday.
Hashem Abedi, who was born in 1997, was arrested in Tripoli on Wednesday evening by the Libyan counter-terrorism force Rada on suspicion of links to the Islamic State, a Libyan spokesman told Reuters on Wednesday.

A Libyan security spokesman told the Associated Press on Wednesday that the father of the Manchester bomber has also been arrested in Tripoli.

Earlier Abdel-Basit Haroun, a former security official in Libya, told The Associated Press Wednesday that he personally knew Ramadan Abedi, the father of Salman Abedi, and that the elder Abedi was a member of the Libyan Islamic Fighting Group in the 1990s. The group had links to Al Qaeda.""

Whether guilty or innocent, punish a young suicide bomber's family, and you deter others from wanting to join the group.

Countries that are suffering the most attacks can try this approach now, or try it after a few hundred or thousand more innocent adults and children are killed. But eventually, they will try it. You can defeat terrorists without bombing lots of civilians into the next life in the process.


In the UK, do this and more

1. All those who went to fight with ISIS should be banned from the UK regardless of their nationality and those already having returned jailed for life!
2. All those on watch lists or anyone consider to be a potential terror risk should be electronically tagged with the choice to leave the UK forever if they don't agree to that.
3. It should be made a serious criminal offense subject to a minimum of 10 years in jail for accessing and downloading material from known terrorist sympathizer websites or distributing terror hate material or preaching extremist views or recruiting others to become potential terrorists.
4. The death penalty short and swift should be introduced for those caught plotting a terror attack or having survived an attack.
5. All none UK citizens who are perceived to be a threat should be returned to their home countries immediately.
6. Use special forces to go after all those who are involved in plotting attacks from abroad and body bag them.
7. Consider wacking the ISIS returnees!
This would be a good start and would show to the people of the UK and the world that the UK Government means business and truly intends to take all measures necessary to protect our children!!


8. Kill their families and destroy their homes. They might get the idea that if they kill there would be a price to pay. Their families should have skin in the game. If their kids go to kill, they will suffer the same end.

This sounds inhumane but it worked for Saddam Hussein. The terrorists need to be terrorized. If they are afraid to carry out their misdeeds because mamma and daddy will be killed too then maybe they'll stop.

The more I'm reading, the more I see people who don't think terrorism is too bad, that it's not a big deal, and we shouldn't do too much to stop it.

What wouldn't you do to stop terrorism?

What line would you not cross in order to end terrorism?

posted on May, 24 2017 @ 01:25 PM
link
While there is genuine "terrorism" a lot of it started as False Flags, perpetrated by gov'ts. It seems even on a conspiracy site this has been lost.

posted on May, 24 2017 @ 01:50 PM
link
I got a Idea. USe the new thought pattern technology and program into a collar they have to wear. I f you think of committing a Killing you get a shock each time up until it can become lethal.

This also monitors the handwriting or texting since it will read the persons thought patterns. So if you think or even plan to try a attack to kill you get shocked into submission.

posted on May, 24 2017 @ 04:00 PM
link
Logically speaking, if a person is prepared to die then there is no punishment for them after the event. If however, they thought that members of the families were to be imprisoned it may make some of them think twice (it may encourage others to do the act even quicker).

My thoughts:
* Stop ALL Faith schools - doesn't encourage multi culture
* Carefully vet people coming from war zones. This sounds harsh but we have soldiers trained for war coming back with post war syndrome - there has to be something similar for civilians coming from war zones, whatever religion
* Recognise young idealistic people who go "for excitement" to a war zone - don't let them come back into the country and make it known so they have a one way choice

this is a major problem for you liberals...while you were on a rant...you completely disregarded what I said...


let's keep to each other's own

This is hate ? okey dokey.


Let me refresh your memory ...from another thread of yours


Just to be factual..to which narrative are you referring ? Anti Islamic one ? Nothing has changed. I am anti islam...I am anti most religious practices. Islam is especially a thorn in my side...even more so then the rest of them.

You know damn well what I am talking about.

So being anti islam is hate ? so being anything anti...immediately hate ?

I am anti Islam...as far as it's integration into the west. I have absolutely no desire to go over there (ME) and tell them what to do. And I see no benefit in this cultural diversity. But to you this immediately means I hate someone.

I am anti Kardashians...doesnt mean I want to kill'em all.


You cannot be a "live and let live " kinda guy as well as an "anti" kinda guy all at the same time .

And bring out the clean tech and upgrade the country.

Things would change for everyone.

Terrorism would fade away.

But it is better to allow that one world unity to evolve naturally by only accepting the people/demographics who have evolved to a certain level.

Right now you have fascist insane power Pyramiders trying to take over control over humanity. The west cartel banking government system have the same insane power structure as Islamic Sharia when you really look behind the white washing. 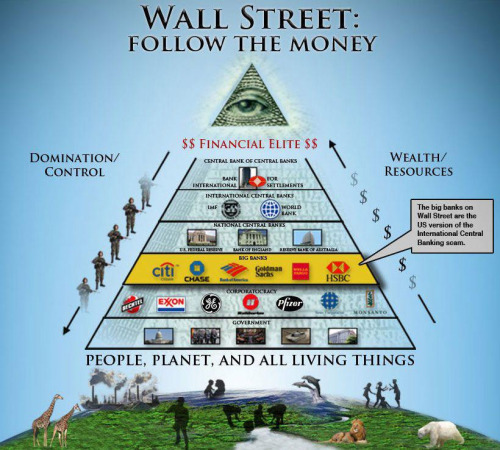 And from my point of view that Power Pyramid is logically pure evil and corrupt where ever it appears.

So if we get rid of the three Abrahamic religions that are dualistic mind control towards power pyramid structures then we still have not fixed the power pyramid problem.

Create a social structure (society 2.0) that does not reward insane behavior and the behavior will follow.
edit on 25-5-2017 by LittleByLittle because: (no reason given)

posted on May, 26 2017 @ 01:22 AM
link
For those who think the answer to IS terrorism is to merely pull our military back, please tell me how many bombs Bali, Thailand and Indonesia have dropped on Iraq, Afghanistan and Syria.

This isn't about vengeance its about conquest.

Lol, youd be 6 feet under before any of that got out.

Attack of the Drones.

A massive , and i mean a MASSIVE deployment of Drones, a 24 hour drone patrol of areas that isis and other terror groups are known to be operating in , of course it means some innocent people would be at risk of being mistaken for terrorists, but our technology is now sufficiently advanced enough to lower the chances of mistake down to a very small number .

Its only by keeping up a constant attack that will kill the Hydra's head, overwhelm them by sheer NONE STOP firepower

Make it a rule of thumb , if anyone has a gun other than you , take them out.

You are brutal but you are on the right path. Gotta fight fire with fire.

The real answer is going full barbarian, hitler on them. Wiping them off the planet as a race and religion.

But thats a little much and impossible to accomplish.

So cutting off their funding is good. Hard to fight without weapons or essentials.

If I could stop terrorism it would be me and an army of mothers, with our rolling pins and beating the living snot out of people who can't just live and let live.

You simply tell the terrorist world that if they attack, and are identified, their loved ones will be punished.

It's a no-brainer...IF they have "loved ones", of course.

originally posted by: carewemust
Why do countries keep nibbling around the edges, with this terrorist "problem"?

You simply tell the terrorist world that if they attack, and are identified, their loved ones will be punished.

It's a no-brainer...IF they have "loved ones", of course.


So a terrorist have a 6 days old baby [ as was the case in Istanbul Reina Club ] ; you are telling me that you would punish that baby ?

Or say they have an elderly parents who are innocent ; you would harm these two innocent people ?