posted on May, 24 2017 @ 02:11 AM
link
This year, on March 24th, NASA's Rover "Curiosity" made a very high definition panoramic photo and sent it back to Earth. Here is a NASA YouTube video documenting this event. Along with that video is the panoramic picture as it was released to the public in early May, a few weeks ago. This photo is highly detailed and good to use as a desktop background if you'd like.

not photos but images , I just love how they merge in the subsurface micro displacements.

Yes, NASA's cameras have a fascinating high quality to them.

posted on May, 24 2017 @ 12:17 PM
link
Very good for the near to middle distance, after that it gets a bit blocky...enough to get the Pareidolia blues going. 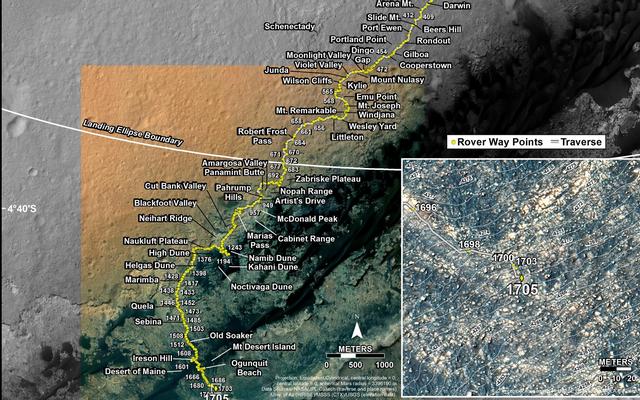 Where is curiosity? official site
marsmobile.jpl.nasa.gov...

posted on May, 24 2017 @ 10:58 PM
link
Love these panoramas from Curiosity. There's lots more psoted here a while ago: www.abovetopsecret.com...

What's cool is that one can create such panoramas themselves from the raw Curiosity images using software Microsoft ICE.

Here's a partial mosaic of martian terrain at "Rocknest" taken in Nov 2012: 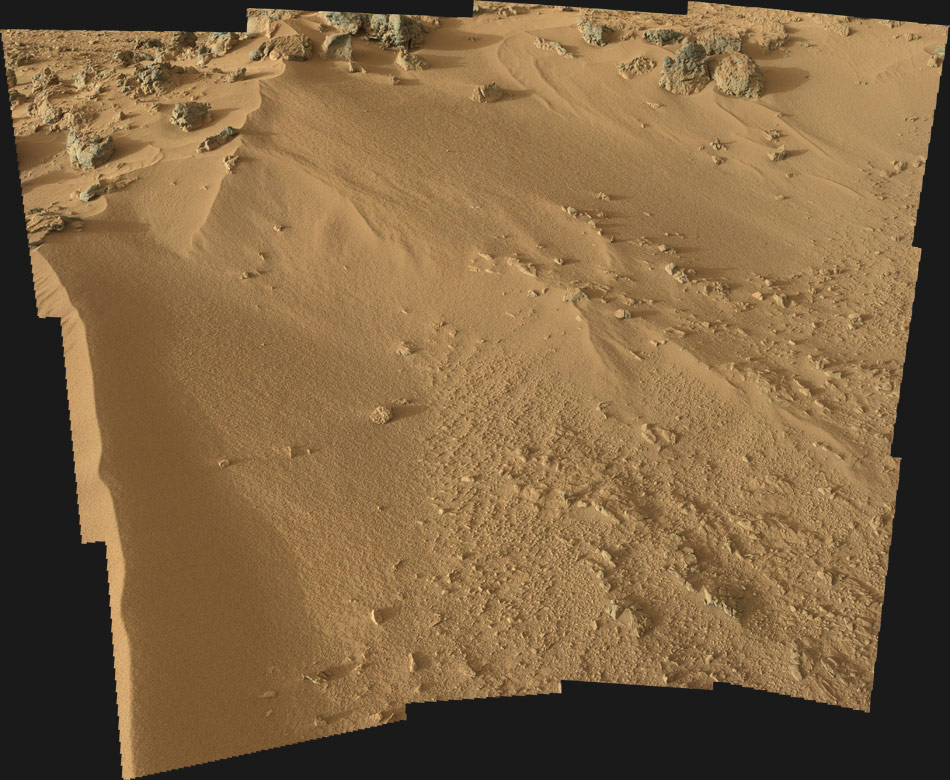 And the genius of mankind when they work towards something together

originally posted by: Nyiah
I had no idea you could manually move the image around for an actual 360 view until I accidentally click-dragged on it. Then I was all "WHOA, holy s# this is cool!"

Mind you, 360 videos are usually blurry, so for static images like this one, it's always better to see the original panorama: www.360cities.net...
edit on 25-5-2017 by wildespace because: (no reason given) 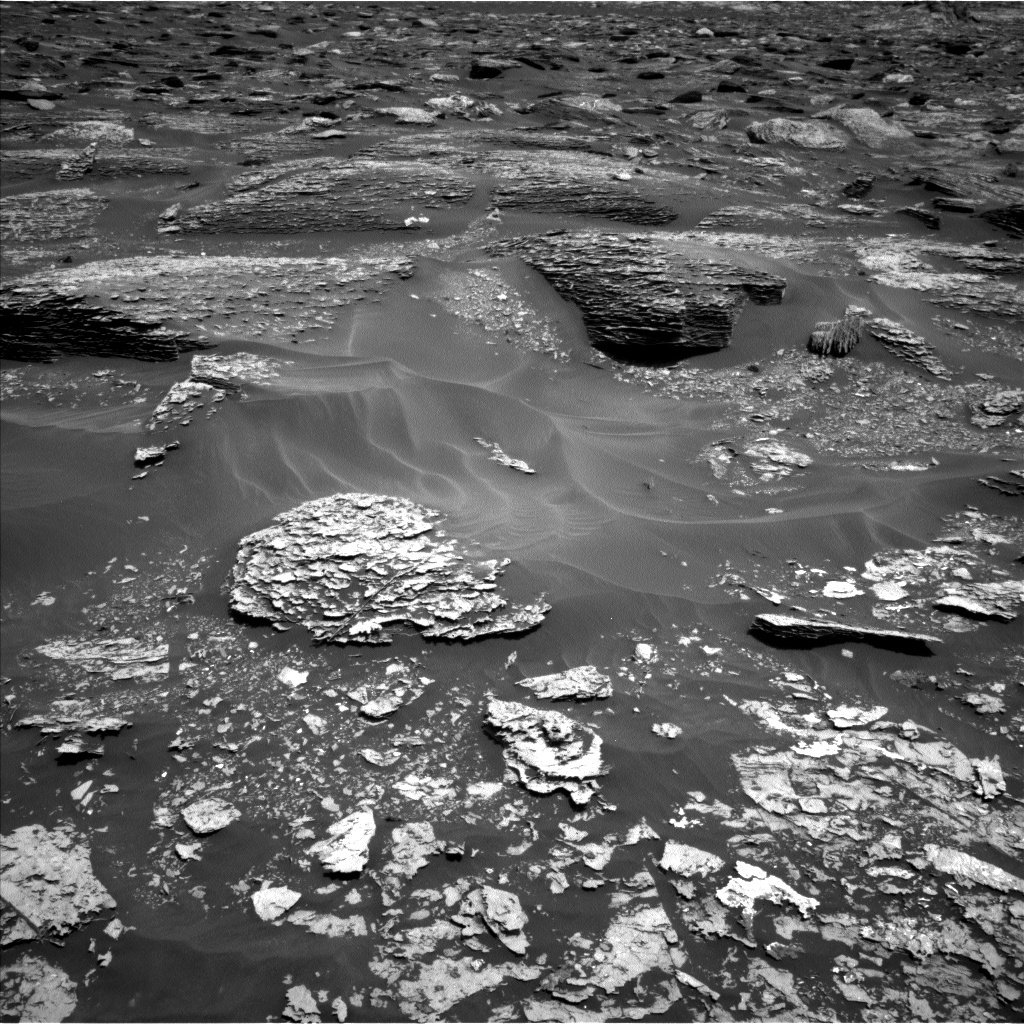 After a 14.6 m drive, the GEO group decided against arm activities due to a lack of compelling targets and in deference to making the next drive longer. Thusly, GEO science activities relied on Mastcam and ChemCam. On Sol 1707, ChemCam will capture a raster of the "White Cap Mountain" bedrock target (the white bedrock left of center in the bottom quarter of the above Navcam image), as well as a patch of dark undisturbed soil called "French Hill Pond." Mastcam will document all of the ChemCam targets and will image "Googings Ledge" (the large, darker bedrock just above and right of image center) and "The Twinnies" (the shadowed bedrock exposure cut off on the far left), which are sedimentary members of the Murray formation, and "Soward Island," which has exposed bedrock layers. After a planned 30 m drive, ChemCam will perform an AEGIS automated activity, and Navcam will document Curiosity's new position. SAM will perform a methane dual enrichment activity on Sol 1709, which will compare a methane-enriched atmospheric sample to a non-enriched sample.

I served in the ENV STL role, and today was one of the more hectic ENV operations days I have planned. It was a plan full of trade-offs. When SAM takes atmospheric methane or oxygen measurements, ENV likes to obtain a ChemCam passive sky observation within a few sols for an independent comparison. However, the times initially available in the plan around mid-sol to place a passive sky were not compatible with possible pointing azimuths, as we are so close to the new year (northern hemisphere spring equinox). In anticipation of potential power restrictions in the weekend plan, we attempted a long morning imaging suite a couple of sols early, which would include a passive sky measurement; however, we were forced to defer those plans due to power restrictions in the current plan. Instead of losing the science time altogether, we noticed that the mid-sol time was compatible for taking a ChemCam calibration measurement. This calibration will be taken on Sol 1708 in preparation for the next passive sky. This just proves that while doing science on another planet can be frustrating at times, it is always rewarding.