posted on May, 23 2017 @ 05:42 PM
link
Raising the threat level is the sensible thing to do I'm afraid. There's a very real chance there could be further attacks.
I'm hearing SAS have been deployed in Manchester but I'm not sure if that's verified.

There was a live feed by an ex SAS hero on Facebook that pretty much sums up how a lot of people are feeling in the UK at the moment, tensions are high.

It's a long watch with colourful language but hey, he's SAS not a sissy.

Buckle down... America will struggle all year with this divide.

More events to come in the US and the EU.

I'm hearing SAS have been deployed in Manchester but I'm not sure if that's verified.

Well the military have been deployed to assist the police and the SAS usually provide assistance during terrorist attacks.

I dont think they have been deployed rather they are probably just acting in a advisory role.

I would also be cautious when reading facebook feeds like that they are usually mostly roomer and many are just walter mitty characters posting.

It would be nice to know that SAS personal are on the ground actively engaging targets.

It would be nice to know that SAS personal are on the ground actively engaging targets.

The SAS and SRR were involved after the 7/7 shootings and the events of a few weeks later.

most likely they are just on standby and acting in a advisory role.

the police are more than able to do hard arrests on terrorist suspects in normal circumstances.

He's also due to be speaking on SKY News tomorrow at 11:30 AM GMT

Sorry Let me try that again...

This is a link to his page, it's the latest post.

posted on May, 23 2017 @ 06:02 PM
link
it means extra powers for the government to deal with the issues at hand there will be troops mobilised
however they WONT be patrolling the street in place of the police.

they will be deployed to guard and patrol key infrastructure such as
nuclear sites, power stations, ports, airports, major rail stations.

To temporarily free up the armed police that usually guard such places
so they can be redeployed to deal with this current threat .
edit on 23/5/17 by ShayneJUK because: (no reason given) 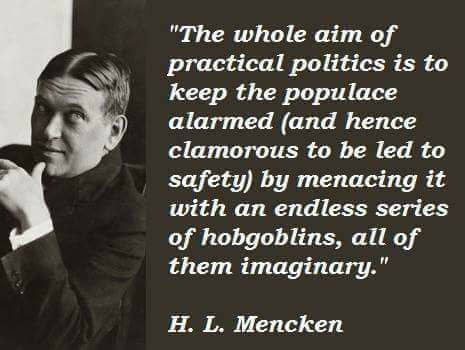 originally posted by: ConscienceZombie
These attacks don't normally come in pairs. So raising the level now is just to get people scared. If the system wasn't broken the threat level should have gone up before the bomb. IMO.

May the early departed rest in peace and the wounded get well soon.

Or maybe, they have legitimate reason to batten down the hatches because they are aware of a secondary threat and anticipate another attack...

It's almost like converting to Islam, that peaceful, people loving religion, makes you a twisted idiot hell bent on pleasing Allah. Ha, oh wait it does......Damn, these guys sure didn't 'convert' to Christianity that's for sure.

With out immigration the UK would be crippled, 25% of doctors in the NHS are not born in the UK take them away and the country is crippled overnight.


I get #ing sick of this lame, defunct, invalid idea librals spout to defend mass immigration.


THATS WHY YOU HAVE A POINTS SYSTEM.

Let the doctors, nurses teachers ect immigrate easily and stop the riff raff coming in that will add notning.


Wearing civilian clothing, soldiers from the SAS, SBS and Special Reconnaissance Regiment are augmenting Police officers operating at major transport hubs and other likely terrorist targets, where they will be scouring the crowds of commuters for suspicious people. Their experience in spotting terrorists in Iraq and Afghanistan make them ideal for the role.


. . . in 1919, after police strikes in London in 1918 and 1919, Liverpool police went on strike. In London, the government had responded to the strikes by doubling police pay but declaring the police union illegal, but in the provinces most police officers continued to be paid less well than the local street-sweepers. In Liverpool . . . more than half the local police force went on strike.

The government’s response was rapid and severe. The army was brought in to bolster non-striking police, to keep order but especially to break the strike. In the end, every single police officer who took part in the strike was dismissed. Pension rights were lost, and many were never able to work again – employers who took on a dismissed police officer received visits from senior officers and were warned of undesirable consequences if they continued to employ him. And, of course, the it was made illegal for the police to strike ever again.

The government knew it had to divide in order to maintain control, so it did whatever it had to to make sure it kept the police on one side and the rest of the populace on the other.

Since then, the police force has generally seen part of its role as being to enforce the government’s wishes against people who disagree with it, and it hasn’t always covered itself with glory in the process.

Yet now, in implementing the Winsor report, the government is taking actions against the police who have resolutely supported it over the last 90-odd years, and the police are protesting against these measures, and looking for public support for their resistance.

posted on May, 24 2017 @ 08:05 AM
link
Another interesting development, the Police are saying that they believe that the bomb makers is still at large and this may have been another major reason for raising the threat level.

posted on May, 24 2017 @ 09:22 AM
link
No visible sign of police or army yesterday morning or this morning around MEN (can upload pics if I work out how but not sure it's wise) and only a couple of police at the vigil

originally posted by: E1Hammer
Raising the threat level is the sensible thing to do I'm afraid. There's a very real chance there could be further attacks.
I'm hearing SAS have been deployed in Manchester but I'm not sure if that's verified.

There was a live feed by an ex SAS hero on Facebook that pretty much sums up how a lot of people are feeling in the UK at the moment, tensions are high.

It's a long watch with colourful language but hey, he's SAS not a sissy.

I highly doubt he is, not sure about other squadrons but trained with ex P22 SAS doing the fan dance and boot camp and those guys weren't allowed social media/photos as it may put themselves and others in danger from reprisals or comprimise operations - even with vetting half of them were wearing balaclavas to either protect identity or add to mindgames of the mock exercises.

North of England has been an area waiting to happen. Birmingham, Manchester, Leicester, Bury, Wolverhapton etc ... all these areas have large populations of 'Muslims', they've been left there to build up their communities and populations. We may catch some but there will be more in the years to come.

one thing we could do to stop it, is to deport those who wish to live by 'Sharia' Law to a Country where 'Sharia' is in use. The rest we'll have to hope are the 'peaceful' ones.

I dont understand why Europe is not safer than the US as far as terror attacks.

Hell even Canada is more dangerous.

That was always fishy to me. Did the terries think "hey guys they already had 911. Thats enough now".....

posted on May, 24 2017 @ 11:34 AM
link
Critical threat level from Islamic terrorism. Nice to see the politicians first thing is to protect themselves with British army combat soldiers.

British Home Secretary Amber Rudd confirmed today that 984 military personnel will be deployed in the UK capital following the raising of the terror threat level from “severe” to “critical” on Tuesday night.


Soldiers will replace armed police at sites including Buckingham Palace, Downing Street, and the Palace of Westminster as part of Operation Temperer.

First France now UK in state of emergency with fully armed combat troops on the streets to try to protect against muslim attackers. Meanwhile the PC brigade preach the usual rubbish "religion of peace" "nothing to do with Islam" peace love blah blah blah have a teddy bear.