posted on May, 23 2017 @ 05:50 AM
link
Seems like fat boy wants war. The war rhetoric from North Korea has been out of control lately and now this. If this bullsh*t keeps up, how is China, Japan and the US going to respond? Sanctions aren't working, so the inevitable question is: how long until WW3 starts? 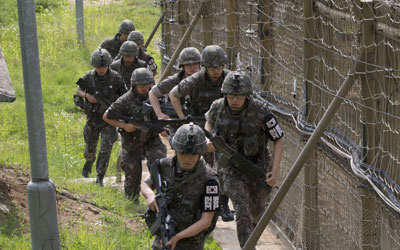 A defense source said the military fired more than 90 K-3 machine gun rounds, adding it may have been a drone. 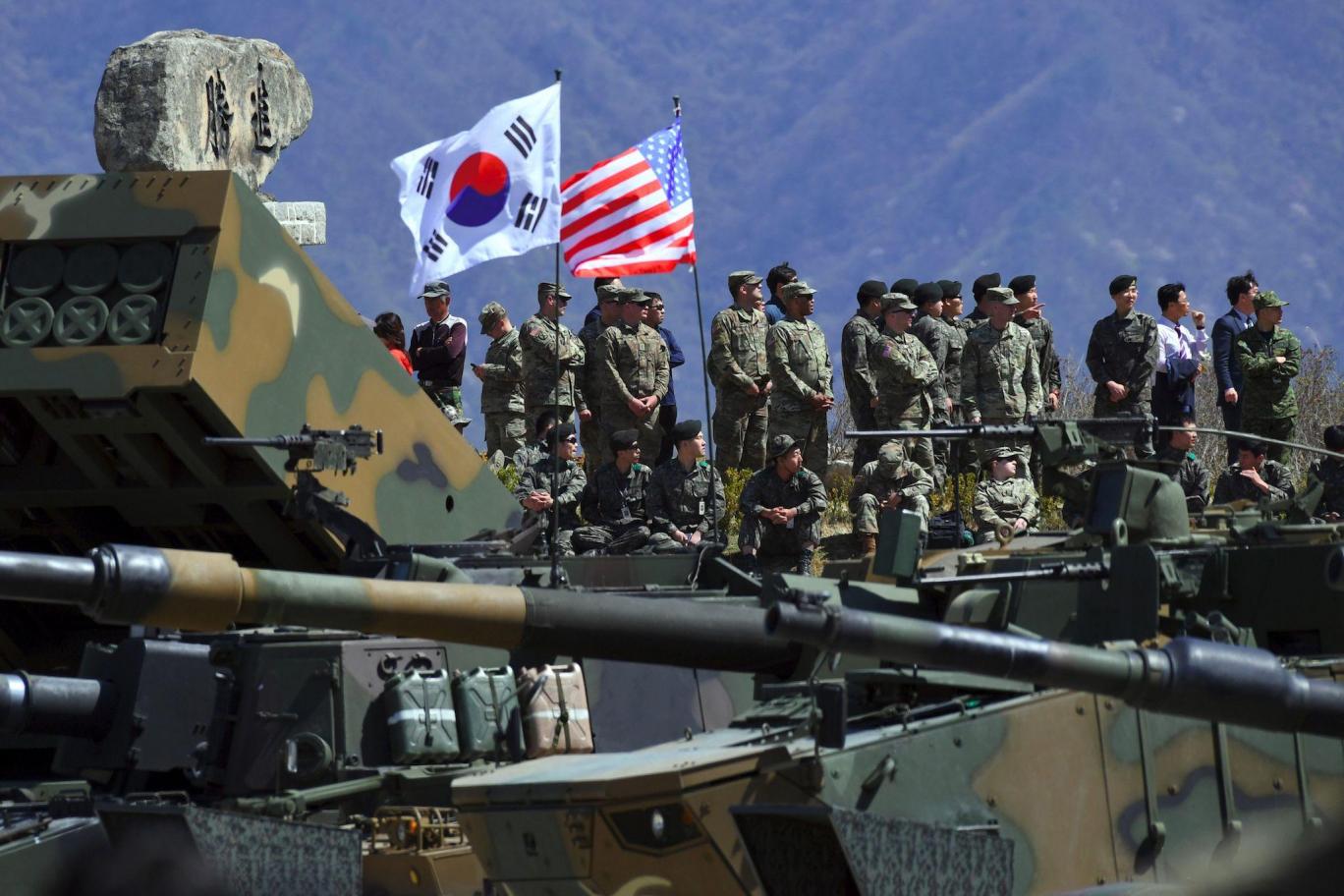 South Korea's Yonhap news agency, without citing a source, reported that South Korea fired about 90 machine gun rounds into the air and toward North Korea. It said South Korea was analyzing whether a North Korean drone had crossed the border.

How can diplomacy work when Kim Jong-un continually escalates the tension? Does he want attention or has he really lost his mind?
edit on 5/23/2017 by shawmanfromny because: more info added

How long is anyone's guess. Only the PTB know for certain.

Fatboy will eventually push too far tho, and receive the @sswhoppin of a lifetime.

Perhaps if his daddy had taught him some manners as a wee lad, he might not be so uppity with people who far surpass him in might and power.

Tho remains to be seen, supposedly China and Russia won't "permit" a war on the Korean peninsula.

Time will tell, it usually does.

posted on May, 23 2017 @ 05:57 AM
link
Well no question, Trump has forced NKs hand and got the Chinese on side, clever businessman
Dangerous politician, but then, plenty want NK shut down

That is a bit of hysteria going on.

US needs to tell the Chinese to take their people arses out of the testing facilities in NK and them bomb the weapons facilities into the stone age.

That all is needed.

Kim Yong will never recuperated from having his toy factories decimated.

The sooner, the better!

posted on May, 23 2017 @ 06:14 AM
link
Cant wait for the usual people waking up (if they ever sleep) "coughs" and spewing their hate towards a country that has never once hit their countries interests...

Over to the armchair "I hate Pinko commies and I am still a fan of McCarthy" professional warmongers...

Dentists must be making a fortune for all the teeth grinders right now!


Flying a drone over your enemy's territory , if it did go over the Souths territory ,is not an indication someone wants war.

How can diplomacy work when Kim Jong-un continually escalates the tension?


The South did the shooting.
War will start with an attack on the North not the other way round.


Well, it was an intrusion into the South's airspace. Given that the North has a moronic leader, it would be natural to assume it was from them. Maybe on purpose or maybe a rogue unit, or one-person's war. Who knows. The South did what would be expected, defended its airspace. And if you want to blame the South/US and say they caused the incident, go ahead. That idea won't get much traction.

South Korea sees a fair amount of UFO craft over the decades. For all we know, it was an alien UFO checking out who has nukes in the area. Such sightings are not unknown over mainland US bases and, so we hear, even Russian nuke facilities. Of course, those reports, usually from retired service people, will be denied and retorted by any official.

posted on May, 23 2017 @ 06:21 AM
link
I don't see this as that big of a deal.
In the past, the Koreas have shelled each other with artillery, sunk boats and the N Koreans infiltrated commando teams... all well after the cessation of hostilities in 1953.

If we shoot back we will solidify the power base of the hardliners. If we do nothing and let the North Koreans eventually decide they are sick of dictatorship then maybe the problem will be solved once and for all.

We should be dropping Western music on them not bombs.

originally posted by: Pandaram
nk is just a puppet sate for China. Will listen and obay what china says. Like Israel and United States. If you know what i mean..🤣

I agree. But I have to tell I am sick of the United States being the puppet of Israel!

Object came from North Korea. Probably another drone. Not the first time they've done this:


The South Korean fired warning shots Tuesday at an "unidentified object" flying across the heavily fortified border from North Korea Tuesday afternoon according to the Joint Chiefs of Staff. The military detected the object traversing the Military Demarcation Line (MDL) southward in the Chorwon area in the eastern province of Gangwon at around 4 pm.

In January last year, a North Korean drone flew over the MDL into the western section of the demilitarized zone. The South opened machine gun fire on it.

Sure, but now we have ballistic missile tests from North Korea and continuing development of their nuclear arms buildup. It will be a big deal if Kim-Jong-un's weekly provocations sparks a confrontation with either South Korea, China, Japan or the US.
edit on 5/23/2017 by shawmanfromny because: (no reason given)

Sure, but now we have ballistic missile tests from North Korea and continuing development of their nuclear arms buildup. It will be a big deal if Kim-Jong-un's weekly provocations sparks a confrontation with either South Korea, China, Japan or the US.


I really doubt that Fatboy wants to be annihilated in a missile exchange, nuclear or otherwise. He has to posture like his Pappy and Granpappy had done in the past.... to keep his grip on power. His peons need that common enemy that is the West.

You don't know that for a fact...hell, no one does. All I can say is Kim Jong-un's actions are out of control right now. Continuing missile tests AFTER being warned not to just might be an indicator that Kim-Jong-un wants war.

posted on May, 23 2017 @ 06:39 AM
link
Whimmy Kimy will sow his own demise and each thing he does brings him closer. I think that China, Russia, SK and US have agreed he has to go and are giving him enough rope to hang! Time......will reveal all!

I agree with you, but like I've stated earlier...how do we know what his state of mind actually is? Has he lost his sensibilities? Are his current actions rational? I'm not so sure at this point and it is worrisome.

originally posted by: gortex
a reply to: shawmanfromny


Flying a drone over your enemy's territory , if it did go over the Souths territory ,is not an indication someone wants war.

How can diplomacy work when Kim Jong-un continually escalates the tension?


The South did the shooting.
War will start with an attack on the North not the other way round.

Makes me want to ask just who's side are you on?