originally posted by: Khaleesi
Reports of ISIS accounts on twitter celebrating. Some reports on twitter that the accounts were talking about Manchester before the explosions occurred.

If only we could rid the earth of certain ideas


So it wasn't vegan Tibet Buddhist monks? I guess I was wrong!

reports of parents posting "have you seem my child" on social media....

Just be wary of this. There are lots of people posting old internet meme photos with these messages. There is a large amount of trolling currently going on. (edited to add: there's currently one of a weird looking boy holding a big grey cat - that's a known fake)

If you come across a large picture with lots of headshots of "confirmed dead" or "confirmed missing", there's a picture using random headshots of minor youtuber celebs/random people with this kind of caption, it's fake.


Thanks for the advice.

turned out to be a homeless dudes clothes or something

There is a large amount of trolling currently going on.

why the f#ck are people trolling ?

Well said mate, lots of people are evil in this world. 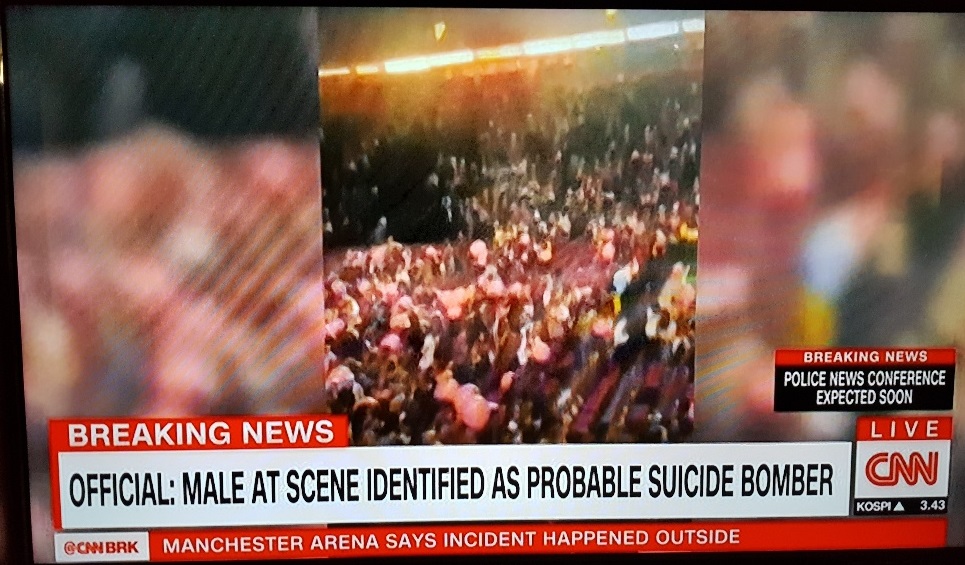 edit on 22-5-2017 by Sublimecraft because: added screenshot

Because they're assholes. Simple as that.

(post by crazyewok removed for political trolling and baiting)
Necrose

posted on May, 22 2017 @ 08:22 PM
link
Nah, still not falling for it, seems like they are diverting attention and securing headlines for the whole week. Only time will tell.
Twitter is so full of bollocks I can no longer read it. OH MY GOD! Fake photos and memes literally everywhere. False rumours spreading very quick.


originally posted by: knowledgehunter0986
a reply to: Kali74

What does me being a Trump supporter have to do with it? I'm just trying to point out the uncanny timing of Trump's anti terror speech yesterday. Is it possible that the terrorists are ramping it up because of the speech?

I think that is possible - with Iran being the organiser that has these types of attacks ready to go.

originally posted by: Tulpa
a reply to: mOjOm

Maybe. Would something like this make a difference in that??

Seems a bit drastic though.

originally posted by: kosmicjack
Gawd. The last few years have sucked so hard. Think how long ago Bataclan feels.

No matter how bad we might think it is now.

It can always get worse.

Do terrorists NEED a reason? They celebrate death. They are evil thugs that seek an excuse to kill, because, face it...they are nothing but barbarians that get off to this sort of thing and by doing it in the name of religion, they convince some that it is righteous justification.

Believe it. There is a such thing as pure unadulterated evil.

The UK is arguably the state at highest risk in the west for terrorist attacks.

Its just that because we have been dealing with terrorism since the 1970's we are pretty good at preventing it actually the PREVENT and CONTEST strategies are the gold standard of counter-terrorism along with out counter-terrorism capabilities so for that reason there are lots of real attacks that are thwarted.

Basically its the same reasons and why the rest of the west is at risk, involvement in the Middle East. Now the complexities behind that are massive and i dont think it can be explained in one thread or post.