I live in Chicago.

The time is one hour behind Eastern Standard Time.

Something tells me he's not very happy with Trump right now.

Got it. Thank you. I responded to you.

posted on May, 23 2017 @ 08:27 AM
link
Intel Chief DNI Dan Coats who claims say trump asked him to tamp down the Russia collusion story is scheduled to testify today.

I can send one to you too my friend. Buwahahaha. 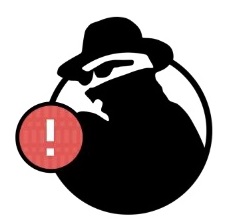 posted on May, 23 2017 @ 08:41 AM
link
Former CIA director also testifying today.
Coats to the Armed services committee and ex CIA director John Brennan to testify before a house select committee on Russian interference in the 2016 elections.

I have the cloak. Got the dagger?
Sync watches.
Ok

Yep, and he got fired immediately once discovered...

The facts beg to differ. He was warned by the sitting President of the U.S.; the acting Attorney General, and now, it seems Chris Christie. So he knew, but hired him anyway.

Take off the blinders. I'm sure you would look better without them.

And he's citing unconfirmed stories from "the press".

posted on May, 23 2017 @ 12:23 PM
link
a reply to: Swills
I think you will have to eat that claim. Lt. Gen. Flynn knows the ropes, and has good legal counsel. There ain't goin to be any Martha Stewart cr@#p going on. What's neat here is that this witch hunt is the result of a felonious release of a private phone call. So how can anyone from a Congressional Committee go before a Judge and demand that Gen. Flynn turn over docs.?? Trump fired Flynn for misleading Pence, not for anything in these "documents". So, where is any "LEGALLY" obtained evidence, incriminating this General??

Flynn is just a small cog in the wheel. Stone and Manafort are going to blow the investigation sky high. Don't forget Comey!!!

Mueller will do a great job!

Trump is probably looking for a soft place to lay down about now.

Flynn invoked the 5th but he will eventually be indited and forced to testify....then the shtf because he will save his own skin. Do you really think Trump wants to take on the DOJ?
edit on 23-5-2017 by olaru12 because: (no reason given)

Trump runs the DOJ. What I'm waiting for is for him to put binders on the Special Counsel. Nothing before Trump came down the escalator to start his campaign, and nothing after election night. Otherwise, the A.G. is no more than Fitzgerald's quote during the Iran Contra hearings about not being a "potted plant", as he tried to advise Col. Oliver North.

Jeff Sessions must be just waiting to go after countless F.B.I. scandals, going way, way, back to the Branch Davidian raids. Those led directly to the Murrah bombing, which BTW, cannot have been done from a 2 Ton box van, out in their parking lot. Then came the 93 WTC bombing, and later the 2001AD attacks. F.B.I. agent provocateurs, have had their hands into every so called Terror crime, right up to the "Tear up Texas" and it's Arlington, TX., jihadi attack, on "little Peggies", draw Mohamed, caper.

Clipping the F.B.I.'s wings, will calm things down immensely. Guess who got appointed as Special Counsel?? Corralling these "friendlies", will let Sessions go after both the F.B.I.,and D.O.J. especially Fast and Furious. Mueller can investigate to his heart's content, in Trumps Campaign's time frames, but to what end? The NRA wanted to test the Davidians' AR-15's to see if the auto sears' pivot holes were drilled before or after the heat of the fire softened up the sheet metal lowers. Never happened, but why?? And BTW, both my late father, and the Russkies on that spy trawler off of Cape Kennedy, knew exactly what killed those Astronauts.

Metal examinations would show this the same as clearing the F.B.I. in those Davidians' AR-15 lowers. NASA has colluded with the Russians ever since the Challenger Blowing up. So it comes down to presenting evidence, belatedly, or losing much of each agency's funding. This is Trump's magic wand.

posted on May, 24 2017 @ 05:57 AM
link
I am the staff for restaurants in qatar.It is very helpful to know the reading for news.thank you so much

originally posted by: olaru12
a reply to: carpooler

Flynn is just a small cog in the wheel. Stone and Manafort are going to blow the investigation sky high. Don't forget Comey!!!

Mueller will do a great job!

Trump is probably looking for a soft place to lay down about now.

Flynn invoked the 5th but he will eventually be indited and forced to testify....then the shtf because he will save his own skin. Do you really think Trump wants to take on the DOJ?

It looks like Comey is also now backing out of testifying... like Flynn, he is going to deal with the Special Counsel.
That makes sense, because it won't be tried in the court of public opinion, with rabid liberals taking a grain of sand and turning into a beach every time he opens his mouth.

As for Manafort and Stone, methinks you will be disappointed.
edit on 24/5/2017 by UKTruth because: (no reason given)

posted on May, 25 2017 @ 02:10 PM
link
a reply to: UKTruth
This morning's news is pushing things up a few notches. Trump has just publicly called out NATO countries, about back dues. Theresa May complains about a photo being leaked in D.C. but she was home Sect'y for several years when these Jihadis got planted in the U.K. Kind of the Pot calling the Kettle Black.

I may be wrong, here, but I believe that Trump can sign a document bringing on Article 15 of the NATO Treaty. Then the Brits would be able to come over here and deal with those leakers who have put the U.K.'s Nat'l Security at risk. If Trump calls out a domestic Coup attempt here, I think, but do not know for sure, that NATO "deputized" investigators, may be able to I.D. and extradite the "Culprits", in Trump's own terms, back to the U.K. for trial. FWIW, I didn't think that Spain could grab Pinochet, and try him, either.

What is spooky is that all during the election cycle, Trump and his boys, were doing things that I had also thought up. But there wasn't much of any lag times, either. Usually, I can think way ahead of what finally gets dragged out from under the carpet. But with Trump's campaign, those guys were almost getting ahead of me. Not only don't those swamp players have much in contributions to hang over him, he's an outsider, who never has had to cover for any of them. Now, as POTUS, he can break down walls in the I.C. and really rub their noses in some of these past messes.

Having a crew of Dudley Do right Mounties tramping around Wash. D.C. would really put the run on many of these Swamp critters. Mueller and Comey are a matched pair of bookends, both, now Ex FBI directors. While they're both chasing shadows in the Russian influence probe, Sessions can start lighting up the real criminals, hiding in the bureaucracy. I think of this as the two Neros, fiddling with a Russian Symphony, while the FBI gets burned down.

Maybe, maybe not, but so far Trump and Co. have almost been getting out ahead of me. And what I said in the earlier post still stands. How can they drag the poisoned tree of the initial leaks of Flynn's phone calls into a Court, to enforce criminal sanctions against him?? Would any Judge, become part of an ongoing Felony, in order to run over Gen. Flynn? The U.S. has SAFA with everyone where we station troops, so is it all that out of the question for some NATO deputies to be given a SAFA right here, until the former POTUS, Obama's coup, is finally put to bed.

I know this all sounds crazy, but at least I have an understanding of several dozen of Nostradamus's quatrains, and his children's Christened names, to guide me. Its a Genealogical solution, and maybe not a real academic code, but its' dead nut's accurate, so far. If Trump grows out his beard, he will physically fit Nosty's Predicted Aneobarb character to a tee.

But I don't go around with my nose in Nosty's book, either. I don't want to fall into any Participant Fulfillment traps, like Benito Mussolini did. I'l Duce' wanted to run away from any land, once controlled by Islam, and passed on a safe flight into Spain, from Northern Italy. He didn't get very far, but some photos snapped by an Austrian American G.I. in Milano, It. made it all the way to Washington State, and completed C. VIII, Q, 31 out there, at the beginning of June, 1957.

There are some really wild Nostradamus prophecies tracking right now, here in North America. I merely prefer to keep them all at arm's length. I'm happy to watch from a distance. Like some Psychics trying to help out in murder cases have found out, if you really nail it, the Cops like to try and pin these same crimes on you. Their reality is so limited, that they cannot admit that someone else can do things beyond their cognizant abilities. And this explains why Trump and Co. is so dangerous to the Status Quo, of the power brokers back on the East Coast. They're being blindsided, day after day.

And there's always one other possibility. Trump, or one of his advisors, may have a "Familiar Spirit", working in their corner. The same branch of my own family tree, as Nosty has chronicled, has one of these, and when it propositioned me, back in 1972, I chased it off, in no uncertain terms. The most infamous one of these, in recent history, was a Familiar to King Louis XV. He was famous for his "after me, the Deluge" prediction. This is poisoned apple territory at best. And Witch of Endor Territory at it's worst.

edit on 25-5-2017 by carpooler because: possible familiar

Sessions can't do Jack. He has his own set of problems to deal with.