originally posted by: Raggedyman
You didn't say trumptard
But you are right


There was actually two other people you could have voted for. I couldn't find their names with a simple Google search. They weren't invited to the debates so one really knew who they were.

But yeah. You had more of a choice.

The liquid mercury found in the pyramids conspiracy is new, and it is possible to call em out on it.

Don`t know why... But those claims, just anger me for some reason.

What a bunch of liars and thieves.

posted on May, 21 2017 @ 12:15 PM
link
We are witnessing a conspiracy right now, every time we turn on the television. The MSM, IC, and political establishment are attempting a coup against the current administration.

Day by day the cyber-sleuths of ATS dissect and expose the fake news, false narratives and blatant hypocrisy being pushed by the media, politics IS the big conspiracy of 2017.

posted on May, 21 2017 @ 12:22 PM
link
Yeah... I left this site for a couple of years for the same reason. I will probably do it again. I am political, but my Centrist mentality isn't appreciated in the extreme rightist/leftist atmosphere ATS draws. 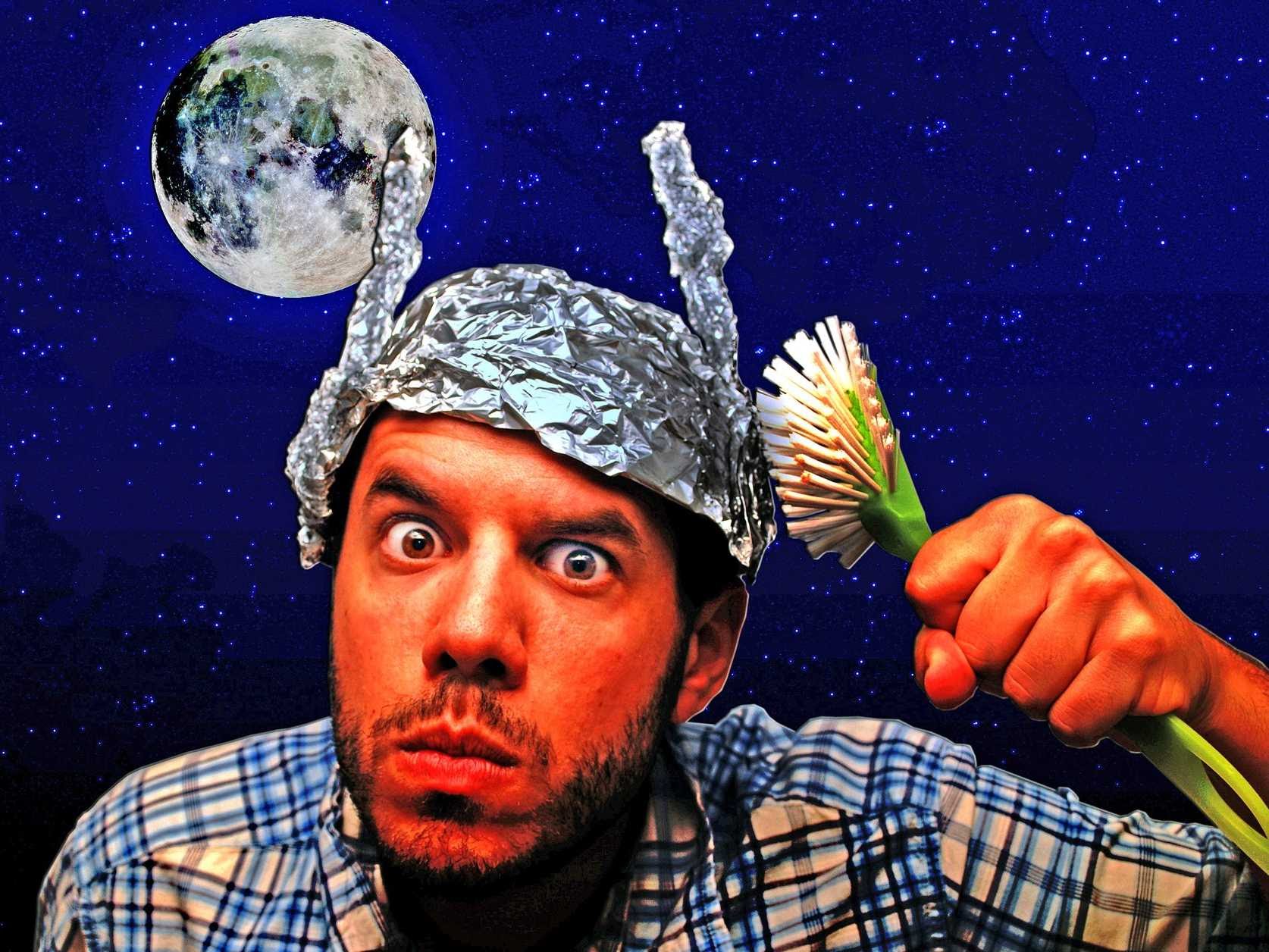 I agree with the mod above. ATS isnt doing anything...the members are generating the content. ATS MODERATES....and doesnt normally CENSOR any content covered by the Ts and Cs already, unless they are in violation.

Its all on the membership threads they create....

posted on May, 21 2017 @ 12:55 PM
link
The issue is that - and this is the opinion of a non-American - america had garbage choices for who would be the next president (if they had any choice to begin with)

What the world ended up with (yes, the world, the American market and economy and decisions affect all of us), is a bumbling moron who has almost no grasp on how to be a politician, flip flops on virtually everything, and is essentially like watching a train wreck in action.

That all being said, I don't blame the American people and how they voted, because they really didn't have a good choice. In fact, I find it absurd when ATS members are stepping on eachothers necks because they pompously believe that the person they voted for is "so amazing" while belittling everyone who they believe didn't vote for the same person.

It's a rather disgusting mentality.

Especially when we all know how little a vote actually goes, particularly in the US system.

So what about ATS?

From what I've witnessed, there are a growing number of interesting, non political topics that are a refreshing change from the several year long run of a political-based majority here on ATS.

I just avoid nearly all political topics, and almost never ever respond to them

See... this post feeds my points. A brand new member that thinks that only Red/Blue are the only options. Clearly a member that heard of the ATS fad and jumped on board. Well, historical members of ATS don't care to hold the hands of these people. It's one thing to help a few people get acclimated to the conspiracy scene... but conspiracy theorists don't typically have a desire to attach themselves to anywhere that the 'normal people' dwell.

My 1st instinct was to not respond to such ignorant statements... I typically do ignore them. The only reason I responded was because the post correlated to the points I make about MSM finding refuge in a conspiracy site. It could be weeks on end of debating until someone pulls out of their comfort zones to provide conspiracy any credibility. I barely care what I think, so it's just a waste of time to debate with someone that thinks only Red/Blue are an option.


or maybe the comment was made from the average, uninformed citizen mindset. maybe "le sigh" was a comment on the endless cycle of same ole same ole, and disappointment that the masses haven't learned their lesson. maybe you got way too invested in your own diatribe to consider that not everyone is as ignorant as you wish them to be.

of course there were other options. but the people have been trained to stick with what they learned in school. Republican and Democrat...anything outside those two choices are usually equated with hippy or commie or some other far flung/not good for the apple pie usa. hence the continued perception of a two party system.

but...nice to meet ya. I'll certainly keep your opinions in mind when dealing with other lofty beings.

I wasn't trying to single any one person out... merely just stressing points about the scene of ATS as a whole. I'd certainly never wish for ignorance... it's why I have spent years at ATS to begin with... to deny ignorance.

For all I know new members are significant older members that recreated accounts under different names. I am generally a conspiracy theorist, of which uses the law of averages to make certain presumptions of self formulated opinion. When approached with a biased opinion in debate, my eyes naturally stroll over to the member leaving opinions... it just happens to be a greater then 51% probability, that biased opinions streamline more from members that just recently joined.

It's kind of a good thing that MSM shifts to dwell in conspiracy sites if you ask me. I feel that the U.S. has been recently going through a silent political coup, of which the MSM's influence is becoming more and more irrelevant. MSM has been clinging to the last few breaths lately, and going hard on their positions... wherever and everywhere that a soul will latch onto the influence. A good bulk of the new member influence is motivated by MSM influence standards... ones that belittle others while spreading cancerous messages of divide. I will continue to voice my input about what I feel to be witnessing, that will likely include a distaste for the divide that MSM desires... I have no care to single out individual's for such opinions, therefore I apologize for even commenting on your comment.

I simply have no desire left in me anymore to rewind my previously crazy notions to the elementary level as MSM pushes their Red/Blue agendas. I support it if it leads to an overall boost in the denial of ignorance, but its not what is seemingly happening.

The entire arena of debate is Gas lit now... making it necessary to bicker about entry level topics of which usually don't have anything to do with the OP's. When half of my debates are spent trying to figure out which side I may or may not support, as opposed to the wide array of possible conspiracies... the debates simply get tucked away and not shared.


Day by day the cyber-sleuths of ATS dissect and expose the fake news, false narratives and blatant hypocrisy being pushed by the media, politics IS the big conspiracy of 2017.

That is so true!! And can you imagine the absolute terror the MSM, and IC must feel now knowing that ATS, adolescent worshipers of Alex Jones are on to their dastardly plan.


Then I will see a historical member make a classic 'conspiracy driven' post, only to have some dink make a completely ignorant post immediately after it... like they just wanted to block the intelligent words of another member... to limit their chance of being seen by others.

OMG this happened to me the other day in one of my threads and I had this exact thought. I was the last post on a page and within a minute someone posted some asinine and irrelevant one liner opening another page pushing my post to obscurity. Well I'm glad I'm not the only one that feels this way about certain posters.

Welcome to misdirection and the way the company operates. By company, I mean alphabet soup.


Ats isn't doing anything...the members are. Its user generated so maybe the members should be blamed instead of the site??


I didnt mean the site is guiding itself towards politics, the site in general is heading that way. Obviously its because of the threads that members make

I have tested this theory, and it holds true a bulk of the time... but I am a conspiracy theorist, so I must keep my theories to be just that... a theory.

I like to see threads to the end... not sure why, but I keep a track of who spoke last so I know when to go back into it. I have seen a thread go multiple days with no comment. When I see that someone went some time in between adding content, it is almost always quickly followed up by an irrelevant opinion... it often covers up content that people put some serious thought into.

For all we know, some people are paid to post at ATS... with a wide array of conspiracies as possible motives. In the end, its up to us as individuals to either allow or disallow the relevancy of what opinions are expressed here. There's a list of people that I value input from dearly here... there's also a list of people that I wouldn't offer a second of time to their input. It all ends up boiling down to be the temperature of which we prefer our news when we consume it.

I would have had to leave ATS last year sometime if I didn't stereotype the drastic change in data exchange into a bracketed system of which I keep my eyes open for the chance to read more knowledge from a highly valued complete stranger, or keep my eyes away from other complete strangers that I am quite skeptical about.

Those are three off the top of my head that are True, real life conspiracies that tie in directly with today's political climate.

I do get what you mean, but if you step back and look at this from a strictly conspiracy angle, there is a lot to it and confirmation of past conspiracies seem to be coming fast and furious.

Ats isn't doing anything...the members are.
Its user generated so maybe the members should be blamed instead of the site??

If people don't like it...it is up to you to make conspiracy threads instead of political ones.


Then can we ban the ones that derail those threads with political spin constantly?

Ban political shills whom are transforming a once conspiracy powerhouse forum into a trump-cult, American alt-right sausage fest???

Can posts like this be banned EVERYWHERE. It adds nothing to the threads and I see them all over the place? I thought Short one line posts like this were against the rules around here?

You know, back when I first came to ATS, the one line rule was a big thing here. It got to the point to where people would post a sentence reply and then follow the sentence with "This is the second line." No joke!! I guess that's probably why moderators are so lenient about it now.

I asked a question and you want me silenced.

posted on May, 21 2017 @ 08:08 PM
link
I think Trump's way of being creates too much political theater and people are just echoing the BS out of astonishment.