originally posted by: dfnj2015
No one is "persecuting" the churches as you are suggesting.


I know. That's why I'm not expecting the end of the world in the near future.
Where did I suggest it was happening now?

posted on May, 21 2017 @ 09:54 AM
link
We have 7.5 billion people in the world. My faith is the world is never going to end. People just love to copulate too much. There just way too many beautiful girls needed to be seeded for making more babies. Babies are great! There's nothing sweeter and more beautiful than a little girl giving a big hug. Why would anyone want to make the children of the world cry in misery? I don't care how religious you think you are. Wishing misery on children by declaring the end of the world is really sick. It's funny how people who claim to have the most morals have the least. It's funny how people who claim they worship a God of love have no compassion for other people.

Children are too sacred. And people will continue to copulate. The world is not going to end anytime soon.

I think all the signs are superstitious mumbo jumbo.

This year the end of the world party is September 23rd

in not a bible guy, but this article explains a lot, about the question of your OP
edit on 21-5-2017 by Davg80 because: (no reason given)

This year the end of the world party is September 23rd 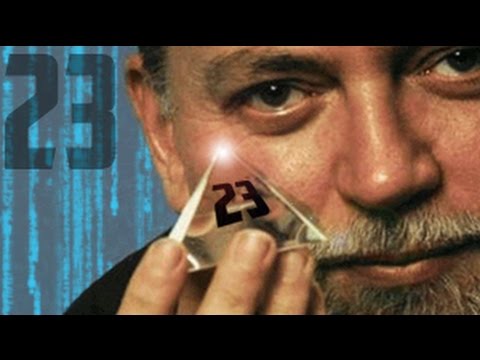 Then the pre Armageddon nuc war that stays over in Jordan......Scripture has two big wars.....Armageddon is number two in the line.....God Magog is first in line.

Mainly, the Day of the Lord is the biggy,.....when night comes.....the verse , night cometh ....when it's too late to do works.....at that point you want a rapore with God because you will be screaming otherwise, due to they realization that God is real and you have not connected to Him.....screaming not because of anything other than He is obvious and He is moving in your life
edit on 21-5-2017 by GBP/JPY because: (no reason given)

And I'm thinking more along the lines of what I should look out for religiously (from the bible) and if anything has happened (came true) in the last five years?

The central thing to watch for is the polluting of the 'temple'.

For the 'physical temple', this was polluted by idols/ statues. Seeing a statue is probably the biggest signifier of this literal temple 'pollution'. The Catholics have the Fatima statues, Orthodox Christians worship idols in the form of icons & statues, and various consumer products are worshiped, but a statue will be a big sign. Something with positive connotations also on the level of a Statue of Liberty.

Pollution of the metaphorical temple, your body. 1) first convince people there are 'aliens'. 2) sell the idea that mixing alien DNA with your DNA will turn you into a superhero to escape the destruction of the world. (really just the Alien movie franchise idea mixed with Spiderman - ie, Alien DNA turns people into super-soldiers / 'face huggers' are 'spiders from Mars'

or both: mandatory worship of a statue of an alien DNA super-soldier

first thing to watch for: Putin, Netanyahu, or Trump getting 'cut off' /receive a mortal head wound on dusk Aug 12, 2017 www.abovetopsecret.com...


A world that conforms more and more toward one standard in many things. This strangely will start with a move to embrace all things. This is not contrary but basic to turning everything into ONE.

Real challenge to independence on all levels personal and national. World will not tolerate non-conformity.

Your day to day world will be more and more controlled by forces outside of nature and yourself.....and its bad already. Mostly economic......but you might be amazed what sorts of books have found their way to the dis-guarded/for sale section of the public library.

originally posted by: 23432
Sun will rise from the West.


Luke 9:27
I tell you the truth, some who are standing here will not taste death before they see the kingdom of God

Men distorted Jesus true message through a lack of understanding…And they took the warring prophecies of a Messiah figure which didn’t get fulfilled from the Old Testament and assumed Jesus must be coming back to fulfil them later, because he didn’t fulfil them first time around…

Problem is, those end time prophecies, didn’t fit Jesus character the first time around…which is why the second time around isn’t going to happen…

The second coming was really a coded truth about the return of “The Son” or the “Christ in YOU” returning to all people.

posted on May, 21 2017 @ 11:24 AM
link
Why spend your life looking for the end ? Just live your life until the end. Its more fun that way then spending years looking for something that tells you when where and why only to be disappointed when another "sign" passes. It states in the Bible:

But about that day or hour no one knows, not even the angels in heaven, nor the Son, but only the Father.

So yes in the last five years that verse has come true as it has for a very long time. Our end could come at any time and that doesn't mean its the end of the world. A bus could flatten me tomorrow, my world ends but it goes on for others so no man knows the answer to your question and many have wasted the only life they have in trying to find an answer.


originally posted by: 23432
Sun will rise from the West.

Arabs will race eact other to build towers in the desert ..... Check .

All armies of the World will have gathered at the gates of Megiddo Valley (Armegeddon) ..... Check.

The Day and Hour Unknown

A maniacal man of great wealth, born into privilege, with a great oratory ability to sway the masses with his gift of speech, will be in a position of great power.

Many will follow, and then the real side of this person will show and it will be too late.*

*(Loosely based on...but close to Revelation in the Bible)

It has already begun
edit on 21-5-2017 by mysterioustranger because: (no reason given)

originally posted by: dfnj2015
a reply to: DISRAELI

There are billions of churches all over the world. No one is "persecuting" the churches as you are suggesting. Occasionally a black church will be burned down but that's about it. I've never heard of white church in a blue state getting destroyed.

You just overlook China, all of the Middle East, etc. ... Just because it isn't happening like you think of it in the US doesn't mean that Christians aren't being brutally persecuted in the world.

posted on May, 21 2017 @ 03:38 PM
link
The only constant in life is change. The only permanence, Impermanence. So instead of engulfing ourselves in the darkness of fear for this or that we should instead strive for the light. To conquer death from looking within.

Whats the point? Give yourself anxiety