posted on May, 21 2017 @ 11:47 AM
link
People are so predictable. If a photo is posted and it's blurry, it's lens flare/bad photography of an ordinary object. If a clear photo is posted, it's fake. A video posted that shows clear footage but has a musical score is immediately fake. A blurry video with people talking about what they're seeing, obviously excited and freaking out...well, they're idiots who don't know what they're doing because they're talking too much and not focusing on getting a clearer shot, with more light or more zoom or more whatever. Post a video with time stamps, atmospheric conditions and other verifiable data, clear and easy to view, no embellishments or cute little "space-age" soundtrack guaranteed to induce a migraine or psychosis or both...and you get a smartass posting music videos to derail the thread.

It's never going to be enough proof. Always has to be different proof, better proof, proofier proof. It's not that they want proof. It's that they're afraid. When people see something that suggests an end to everything they thought to be real and true, they attack it. They attack it, the messenger bringing it, and anyone or anything that might support the veracity of it in a way that cannot be denied. And when that happens, the people who are seeking the truth rather than some comfortable platitude know that what they're being shown us something to pay attention to.

You'll get those people in here. In fact, you already have. One suggestion: be gentle. Don't alienate the people who are willing to listen by talking down to everyone...which is what you are currently doing. That's as bad...if not worse...than shooting the messenger.

You've taken the responsibility to share information with people, on your own, unsolicited. With that comes the responsibility of making sure you don't distort that message with your own disdain and impatience. That's an excellent way to lose your audience completely, and ensure that nothing else you have to share will be given the attention it deserves. When that happens, our good intentions become nothing more than another tool by which to keep the truth silenced. And we become unwitting agents of those who are pushing for that silence.

People are going to continue to see the spheres more and more frequently, I think. And people like you are meant to show them. Just be sure you're not distorting their message with your own. None of us are experts, here or anywhere else. That is the entire point.

The history of Science is full of examples showing that even very accomplished scientists/engineers after making outstanding contributions in their younger productive years later became prey of complacency and were unable to keep the pace of new developments or ideas.

Complacency is a trap in which many had fallen or will fall.


Which didn't actually answer any of the serious questions you were asked.
????

Misdirection isn't usually a great tact to take with people who are trying to work with you on the thread. You could be 100% right but alienate people and you shoot yourself in the foot.
edit on 21-5-2017 by Caver78 because: formatting
edit on 5/24/2017 by eriktheawful because: Removed videos

posted on May, 21 2017 @ 12:01 PM
link
Hi All
I have a sky camera and got this vid
At first was thinking it was GOCE satellite falling or a Meteor
So I sent vid to LunarMeteoriteHunter@gmail.com
Got this back form him
Thank you! Your movie is certainly not the usual.
May I have a telephone # in case of need to interview you. Thank you. Dirk Ross....Tokyo
In the interview he said he would not put it on his website because he did not think it was a Meteor
Few day’s later got this from him also
The address for sending the large video file is to Jodie Reynolds at
Jodie Reynolds
Please do supply her the correct time, date and your lat/lon so she can determine if it was over your position during that window.
She has given permission to send and she will analyze the video. Thank you!
Dirk Ross...Tokyo 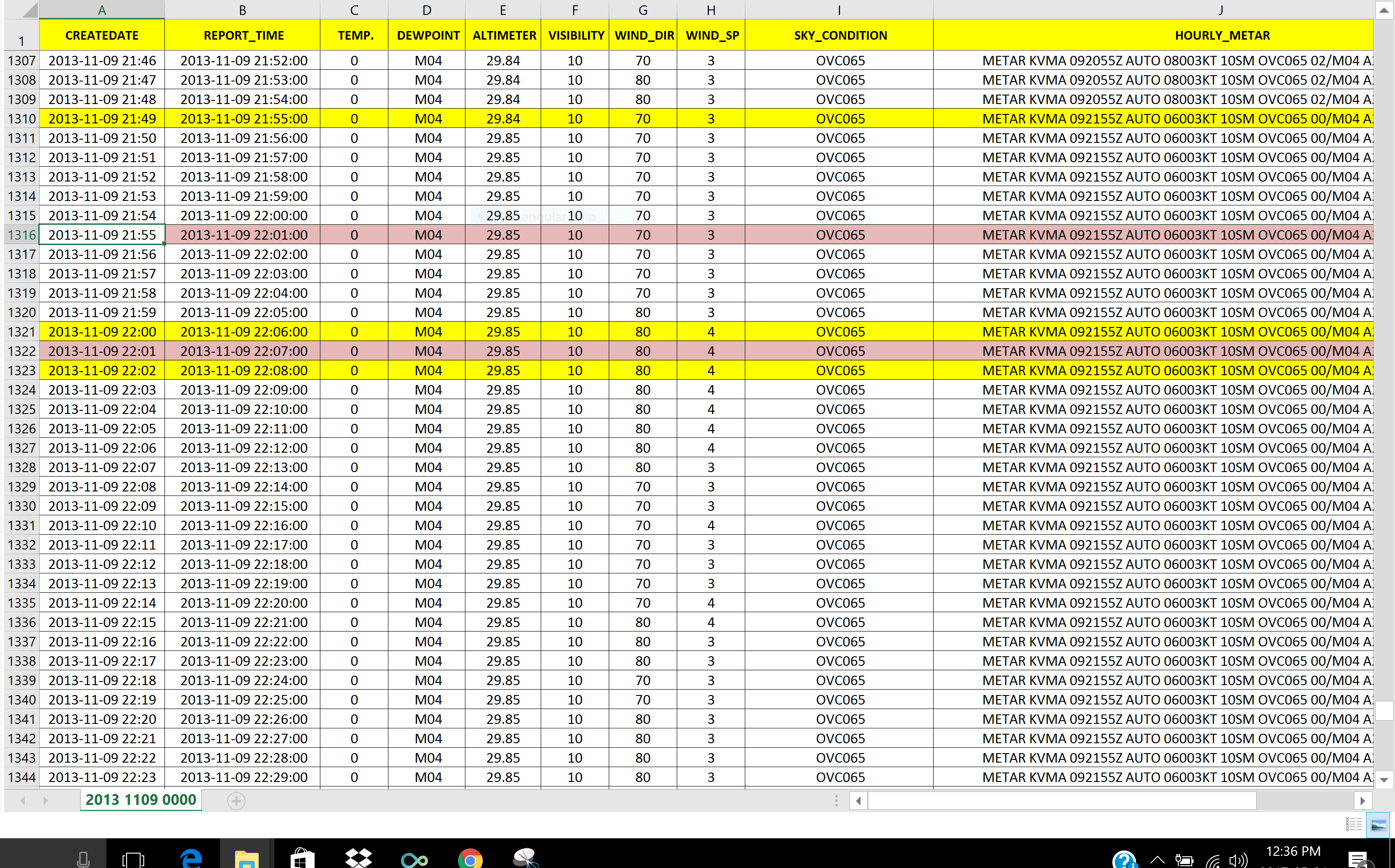 So what your take on this one

originally posted by: tigertatzen
People are so predictable. If a photo is posted and it's blurry, it's lens flare/bad photography of an ordinary object. If a clear photo is posted, it's fake....

OK -- but that still does not answer the question:

"Why couldn't this [the OP's video] be a weather balloon and a star?"

I haven't seen the OP give a good reason why this couldn't be just a misidentification of mundane/explainable objects.

I could fill volumes with details....
I'm trying to figure out if the thermal sees birds after nightfall.......that's the thermal viewer

But the starlight and my experience as a seasoned pilot....Air Force and trained observer outdoors type.....I got a good jolt seeing triangles at night with no nav lights.

I see the width of........details, a good witness has pertinent and distinct details he can relay.....the width of the triangles exceeds the apparent width of the star Micar .....from the star right next to it in the handle of the Big Dipper....by 50 percent...

Moving across 20 degrees of the sky in 8 seconds....nice and straight and steady....

I see the color of the bottom of said craft as two plain as day patches....

I see two types....one twice the size of the other.....with a double pattern showing on the bottom.....

They may be way up and far away but the PVS-14 sees it clearly....like really clear.

So what , how do you work out the height at night of an object you have NO data on you dont the exact size or an exact distance so back to you.

Im not even watching this one, the comments make me feel this is a returning fantasist/hoaxer.....Yawn


....give me praying mantis anyday, at least that hoax is interesting///Yawn

Ok, so really big and going from Miami to Utah. Gotcha!
Wink!

The images in the OP's video while exceptionally clear still give me no real info without background/landscape scale. Not saying he/she is hoaxing, just that I need more info. Apparently this stuff is zipping around I really have no problem with that.

But just like Hawk spotting years ago without more context the odds of me again going out and giving myself whiplash cause I don't know the particulars of "where" to look in the sky, well I can't say I'd bother. Obviously location may play a part, but if I don't know to look "roughly" this many degrees up from the horizon" for a sporting chance?

Saw some "morph-y" stuff years ago around El Paso driving down from Carlsbad, but I attributed it to border surveillance by us. It was WAY before drones were popular, but even being a bumpkin I thought drones!!! Then maybe the sunlight down there was distorting my vision so they just appeared to "morph"? The other thought was they looked like the pics coming out of Mexico of UFO's at the time so I "Meh-ed" saying to myself, well these are different than what we see in the Northeast. Then went back to ignoring it.

Altho I have to say I was surprised we didn't see more oddness than we did. It's kind of expected in desert night driving.

That's my delay.....with the thermal my focus distance plays in....I need to view the vid I have of the delta kite looking things haulin azz.....with no wing flaps....meaning I can get the size frame of reference....

The image I get on the starlight is so clear, the edge I see on the lighter to darker panels is sharp enough to shave with....

I do the the thermal with the starlight to each eye sometimes...no free hand if ya need it in hog country at one am.....

If you watch the video again you will note real time timestamps and azimuth elevation data on the infrared footage, that will allow anybody with just a small knowledge of astronomy to check that the star like object was not Venus, but even more Venus in a 400x magnification telescope will have a very definitive shape and very very bright, I will post a video with Venus seen by that system in a bit.

Venus in daylight seen by the dual system.

I don't know what you watched of your thread that shows the details of time, etc., but on my computer there is nothing about time of day and direction.

Your details of your equipment mentions the size of your magnification, but no one but a serious photo nut is going to know what power of magnification that is going to provide. Your added example of Venus in the day time certainly doesn't match with the size of the dot of light in the thread. So, something isn't right with your "evidence."

If You can power up Venus to be so big, why wasn't your rig powered up to show the balloon many, many times bigger?

Again we see here the armchair "experts" showing their "expertise".

edit on 5/24/2017 by eriktheawful because: Removed videos

posted on May, 22 2017 @ 08:01 AM
link
For example this is a Digit "5" Anomaly that responded multiple times to direct signals, this footage also contains a close flyby. Any object that react/respond to direct signals by flaring(powerups) is anomalous independently of its shape, this object also exhibit rigid and thick tether and as we had seen before that implies autonomy. This was yesterday 05/21/17.

What do you know another mylar balloon

What's so special about it?

posted on May, 22 2017 @ 09:06 AM
link
These are two examples of morphing and dynamic camouflage in Biology, I strongly recommend people to watch these two videos as example of what already had been officially recognized that exist in nature. But still Anomalies are the real kings of camouflage.

What has underwater creatures that can mimic their surroundings got anything to do with videos of the balloons you posted?

posted on May, 22 2017 @ 09:55 AM
link
gotta love a ufo vid that ends with a caption dishing smack talk to the ufology community woa