Interpreting Revelation 17:10,11 for our Present Time: “the King that was and is not?” 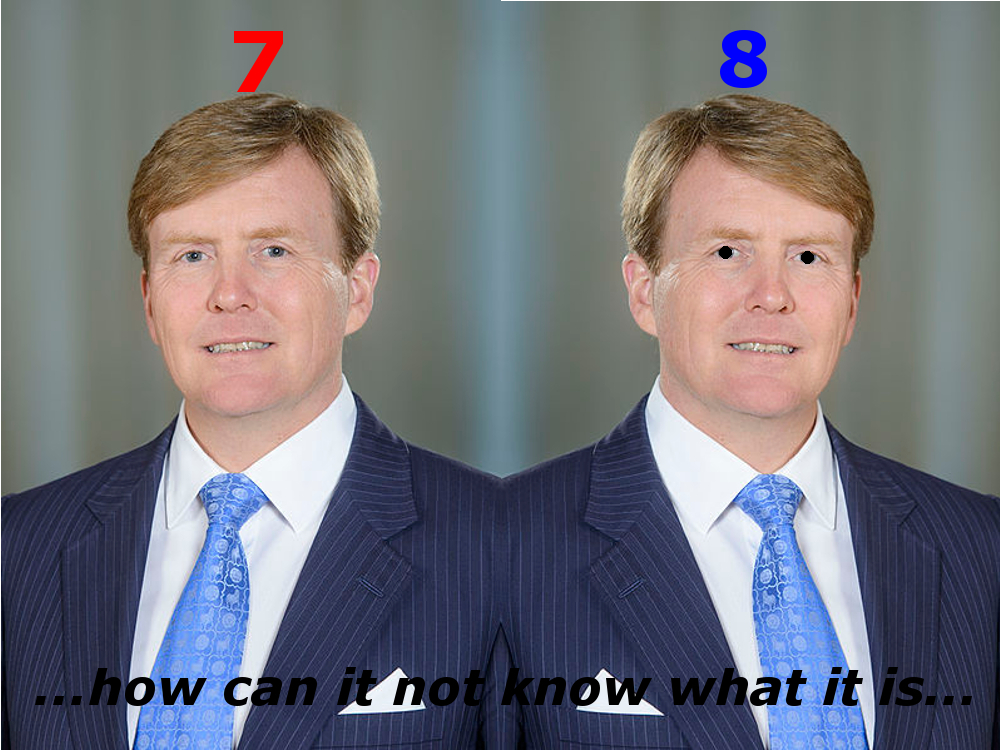 I remind you this is an interpretation nothing more: can be true, cannot be true. A hypothesis! Not that I’m special gifted by divine inspiration, I’m only a liaison of God which I like to call THE ARCHITECT (but thats another story).

Revelation 17:10 ►
New International Version
They are also seven kings. Five have fallen, one is, the other has not yet come; but when he does come, he must remain for only a little while.

Revelation 17:11
New International Version
The beast who once was, and now is not, is an eighth king. He belongs to the seven and is going to his destruction.

I think its possible that the present 7th King Willem Alexander has a replica for security reasons when he goes public. Can also be that the 7th King has been taken over by the 8th replica, and the 7th King Willem-Alexander is already dead. If he is already dead I pitty him, and my condoleances to the family, maybe they do not know that he is replaced by this clone replica. RIP Willem-Alexander.

King Willem-Alexander is 7th and the replica is 8th. 6th is former Queen Beatrix now princess, the mother of our present King.

This replica is a clone, so a biological android, talks and speaks like the real King. Is made I think in a artificial womb and a maturing time to adult maybe a year or so. I think science can already do that, OK in secret because human cloning is banned almost all over the world. How they give a human clone a spirit I don’t know. Maybe its remote controlled, like in the film AVATAR.

You should read this as can be true, cannot be true, thats the critical way I read The Bible AND The Book of Revelation anyways.
edit on 2017-5-20 by galien8 because: typo

How did you arrive at this

These things are hidden yet you know, how?
Do you know how many times the antichrist is mentioned in revelations? Why?
edit on 21-5-2017 by Raggedyman because: (no reason given)

originally posted by: Raggedyman
a reply to: galien8

How did you arrive at this

These things are hidden yet you know, how?

I saw that he had no blue eyes anymore (no irisses) but black rat eyes for a live broadcast, that made me think, I thought maybe he is a replica for security reasons, and they can't fix irisses yet in replicas, anyways my believe is that I'm The Lamb, thats my believe and my pursuit for happiness

Do you know how many times the antichrist is mentioned in revelations? Why?


No I don't know how many times, I think 0 times, because its only mentioned in other books of The New Testament, I think, would need to make a study of it, I have an biblical encyclopedia, don't want to look it up right now

PS: Your quote was not in the editor (I copied pasted) I have never had that before, OK could be you edited it later
edit on 2017-5-21 by galien8 because: extra info