Trumpkins are understandably eager to eat up anything Seth Rich related — which is deemed "real" news — while Dear Leader is dealing with a barrage of unfavorable developments, sourced to unknown leakers, appearing in a number of MSM outlets. Going through the It's-fake-news-oh-never-mind-it-was-the-deep-state Cycle several times without some interruption is probably mentally taxing.

What better way to ignore reality than to escape into a new alt-fact reality of your preferred propaganda source's devising? The Seth Rich red herring has it all:

* Not a hack but a leak
* No hack, no Russian hack
* No Russian hack, no collusion
* DNC/Clinton assassination
* Assange not a sketchy propagandist using the murder of Seth Rich to further his agenda

I'm often met with sanctimonious blathering (usually online) when I criticize the crap that is taken as "real news" by Trumpkins. As it pertains to this Rod Wheeler disinfo debacle, I pointed out more than once, that Mr. Wheeler had a history of making outlandish claims that turned out to be untrue. One of these was several years ago when he appeared on O'Reilly spewing some horses# about lesbian gangs with pink guns overtaking the country.

It's called credibility people. Rod Wheeler is lacking it. Our President and his administration are certainly lacking it (please, ask me for details!). On the other hand, what major news piece from NYT about the Trump administration has turned out to be false? Yet, there are authoritarian Trump muppets yammering about imprisoning media critical of Trump.

The problem isn't the media, the problem is the lazy public that judges whether to believe "news" according to how it resonates with them emotionally and fits their preconceived views because keeping track of what turns out to be confirmed and what is bulls# isn't something most people care enough to do.

Anyway, enough ranting. Government censorship is bad. Rod Wheeler is not credible. So here were the claims in the original Fox 5 News article which has now been edited to include several "clarifications." The article,
Family's private investigator: There is evidence Seth Rich had contact with WikiLeaks prior to death, sources an on camera interview. The claims:

* Rod Wheeler was hired by the Rich Family to run a parallel investigation.
* The FBI had Seth Rich's laptop.
* The FBI had discovered evidence of communication between Seth Rich and a WikiLeaks contact.
* The FBI was not cooperating with DC Homicide.
* The investigation was possibly being stalled by the Mayor's Office, at the behest of the DNC.

None of these are true. Rod Wheeler wasn't hired by the Rich family. In fact, his services were offered to them and paid for by an outside source. One very important condition of the family accepting his "services" — if one can call them that — is that Wheeler was not authorized to speak on behalf of the family. The updated Fox News 5 article:

Since Rod Wheeler backtracked Tuesday, FOX 5 DC attempted incessantly to communicate with him, but he didn't return calls or emails.

On Wednesday, just before our newscast, Wheeler responded to our requests via a telephone conversation, where he now backtracks his position and Wheeler characterizes his on-the-record and on-camera statements as "miscommunication."

Also at the bottom:

FOX 5's Melanie Alnwick spoke with D.C. Police on Tuesday and was told that Wheeler’s assertion that a source inside the department told him that detectives were instructed to stand down regarding the Rich case was false.

It gets worse. I'll cite the Daily Caller, founded and owned by Tucker Carlson, because I know Trump supporters like him.


The report, which cited an unnamed federal investigator, said that an FBI report on Rich’s laptop revealed he had transferred 44,000 DNC emails to WikiLeaks.

FOX 5 DC originally said Monday night that private investigator Rod Wheeler knew of a connection between Rich and WikiLeaks. On Tuesday, Fox News published an extended report that seemed to corroborate Wheeler’s claims with the information from the anonymous federal investigator.

“I have seen and read the emails between Seth Rich and WikiLeaks,” the federal investigator told Fox News, alleging that the FBI had done a report on Rich’s laptop within 96 hours after the murder.

However, Newsweek discovered that there is no FBI investigation into Rich’s murder, meaning there would not have been a scan of his laptop.

Furthermore, Wheeler seemed to walk back on his claims that he knew there was a WikiLeaks connection, saying the Fox report was misleading and that all of the information he was aware of came from the federal investigator.

To Newsweek, Wheeler claimed that he'd never seen anything personally. He's not the only one:

Rich’s family spokesperson also denied the report Tuesday, calling the claims “unsubstantiated.” “As we’ve seen through the past year of unsubstantiated claims, we see no facts, we have seen no evidence, we have been approached with no emails and only learned about this when contacted by the press,” Braud Bauman, the family’s representative, said.

In case you missed it, everything that Rod Wheeler claimed was complete bulls#. Stop falling for bulls# just because it's the bulls# you want to hear. It's been quite a lot of post without any images. So here's an funny Donald Trump image because... sedition! 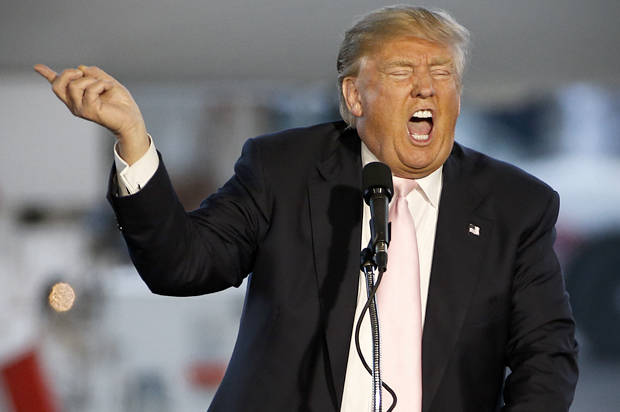 The3murph
+23 more
posted on May, 20 2017 @ 10:25 PM
link
"In case you missed it, all of that was complete bulls#. Stop falling for bulls# just because it's the bulls# you want to hear. It's been quite a lot of post without any images. So here's an funny Donald Trump image because... sedition! "


You should take your OWN advice. See what we have above is called JOURNALISM. A NAMED source came out with a story. It was investigated and found out to be false. This is impossible when so called "respected" news outlets DIRECTLY QUOTE from documents they don't posses, have never seen, and cannot confirm actually even EXIST.

Yeah, you're real believer in credibility. I can tell because you made a new account to tell me that. Lmao.

Also, notice that I never mentioned the credibility of Fox 5. Did I? I applaud Fox 5 for updating their story though I think "clarifications" was a bit of a misnomer.
edit on 2017-5-20 by theantediluvian because: (no reason given)

DonInHtown
+22 more
posted on May, 20 2017 @ 10:29 PM
link
The DNC is an organized crime group. There is little doubt as to what they and the Crooked Hillary klan would do. They had Seth Rich killed and their crimes will soon be exposed.

This is the only account I have. I joined today.

Typical of a lefty though...


CAN'T refute what I said so attack me...

"In case you missed it, all of that was complete bulls#. Stop falling for bulls# just because it's the bulls# you want to hear. It's been quite a lot of post without any images. So here's an funny Donald Trump image because... sedition! "


You should take your OWN advice. See what we have above is called JOURNALISM. A NAMED source came out with a story. It was investigated and found out to be false. This is impossible when so called "respected" news outlets DIRECTLY QUOTE from documents they don't posses, have never seen, and cannot confirm actually even EXIST.

posted on May, 20 2017 @ 10:38 PM
link
So Seth Rich is the newest piece of drama running through the news. Wonder what it'll be in the next few weeks after this blows over without a resolution being reached.

Your rant could've very well been targeted to yourself and your compadres on the left and you still wouldn't be lying.

Both sides are guilty, but one thing I've noticed is that most people on the left are incapable of denouncing ANYTHING that goes against their narrative and have become Olympic level mental gymnasts. Even when it has nothing to do with politics, just as long as the poster is 'not from the left', they feel compelled to bring partisan in, disagree and deflect.

This is the only account I have. I joined today.

Typical of a lefty though...


CAN'T refute what I said so attack me...

On second thought, no, Fox 5's reporting is not good journalism. They used a sketchy Fox News regular with a history of making s# up as a source. Doesn't anyone at Fox 5 vet anyone?

In the same way, if the NYT source is wrong/lying, then the reporter's credibility takes a hit. So far the MSM has been batting about a thousand. Flynn lying? Yep. Nunes shenanigans with WH? "Nutjob" Comey? Sean Spicer offered an explanation, not a denial.

Meanwhile, the administration has been flat lying about things like Comey's firing.


"he provided strong leadership to act on the recommendation"


"the President took the recommendation of Rod Rosenstein"


"The president, when given these recommendations, made a decision to accept their conclusions and to remove Director Comey"

Mousygretchen
+27 more
posted on May, 20 2017 @ 10:50 PM
link
I'm a socially progressive liberal, and I've seen enough to know that this is in fact exactly what it looks like.
Seth rich leaked the dnc emails to wikileaks.

Thanks for proving me wrong that people on the left can't denounce things that go against their narrative.. and I'm glad you did.

Derailing your own thread?

Actually, you're wrong. If I know that something isn't true, I've got no compunction about saying so. I also have no problem expressing politically unpopular opinions. At all.

I also disagree that "both sides" are equally guilty. I also don't believe that this is a left/right issue — in my opinion it's more of a Trump supporter/everyone else problem.

Let me ask you two questions:

I've been following this pretty much all along and it's been bs ontop of bs. If you could, please tell me a couple brief things that you have seen that makesyou sure that you "know" what it is you believe to know.
edit on 2017-5-20 by theantediluvian because: (no reason given)

posted on May, 20 2017 @ 11:06 PM
link
Although I do think there's something more to the Seth Rich case than just a botched robbery, I don't disagree. When I heard that Hannity was going to interview Wheeler earlier this week, I was genuinely interested in what he had to say and so I made a point of tuning in. I came away from it thoroughly underwhelmed and it was pretty clear that he didn't have much of anything.

Unfortunately, there seems to be far too much of this type of crap 'journalism' floating around these days from both sides.

I would be VERY interested to know who is paying Rod Wheeler too.