Respect....Obama bowed but the king shakes the hand of the new FLOTUS...

page: 1
21
<<   2 >>
log in
join
share:
matafuchs
+4 more
posted on May, 20 2017 @ 08:02 PM
link
You will not see this in the main stream media. Michelle Obama and HIllary Clinton, both powerful women, bowed down to Islam with wearing head scarves in a modern age where it is not needed. Obama bowed. Those are signs not of respect but of submission in Islam. Was Michelle a Muslim? HRC?
No, but they did not project the power that the US deserves.

We are not below the House of Saud so there is no reason for us to follow their customs. What we see in the trip toe Saudi Arabia with Donald Trump is that he is so respected, the King did something that is even forbidden in the Quran...he shook the hand of a woman.

This is the only link I could find. I know the MSM and those who hate Trump want to make this into a he is selling arms to the enemy but he is not sellingand supporting ISIS like Obama did after he bowed like a bitch. Yup. I said it. I am tired of the you cannot say Obama in an argument. He was the POTUS so he is fair game.

I understand there was a tweet at one time from Mr Trump regarding Michelle. It was a dig. Just like Obama calling Trump a bull#ter recently. They do not like each other. Move on. Obama is a dirtbag for being one of the only POTUS's in a modern era to critcize a setting POTUS. It is classless.

Flotus at that time could have kicked his butt. Sure she gets a handshake. Bet that Barack bowed to Flotus too.

HA! I'll give you that one...she looked like someone who would take off her flat and beat him...

Er, wait, if Obama did something of ill repute then that means it didn't actually happen.

and she didn't even cover her head.

Trump's Wife Keeps Her Head Bare During Saudi Arabia Visit
edit on 20-5-2017 by hounddoghowlie because: (no reason given)

originally posted by: matafuchs
Those are signs not of respect but of submission in Islam.

Lol! So when GWB was holding hands with the Saudi prince it meant he was about to have homosexual sex with him. 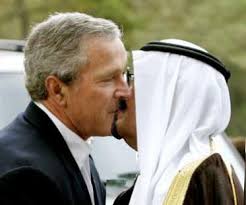 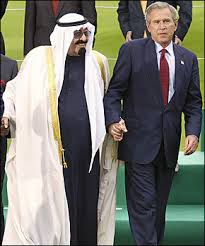 Those are men. Nice of you to miss the point. It is forbidden in the Quran for him to do what he did and it is a sign also of progression.

As far as GWB, I read somewhere they had Jebby ready for the ball in the mouth goat ceremony back when GW visited...

To bow or to curtsy ... decisions decisions.

Michelle Obama and HIllary Clinton, both powerful women, bowed down to Islam with wearing head scarves in a modern age where it is not needed.

Lets tell the truth since there's a lot of talk about fake news...

Michelle Obama did not cover her head when she accompanied Barack Obama on a condolence visit in January 2015 after the death of King Abdullah. Laura Bush generally went without covering her head, though she once briefly donned a head scarf she received as a gift.

As Obama’s secretary of state, Hillary Clinton did not cover her head on visits to Saudi Arabia. originally posted by: matafuchs
a reply to: gortex

and it was a gold medal, trump won`t bow for anyone but you know he will damn sure bow for gold.
he does get to keep that gold medal right?

Barry was the real FLOTUS not Micheal aka Mike

What an incredible and insightful observation! Their should be more threads about this on ATS! That way we can continue to demonstrate our own expert knowledge of protocol and etiquette when meeting middle eastern royalty!

originally posted by: gortex
a reply to: matafuchs

To bow or to curtsy ... decisions decisions.

Liberals either live in an alternate reality or habitual liars, maybe both.

I think it should be recognized as a mental disorder.

There is no way that the most Alpha president we've had since Reagan is going to freakin curtsy. No one will believe that absolute BS.

originally posted by: matafuchs
a reply to: gortex

posted on May, 20 2017 @ 10:02 PM
link
Sure beats pandering and giving legitimacy to islamic oppression of women. 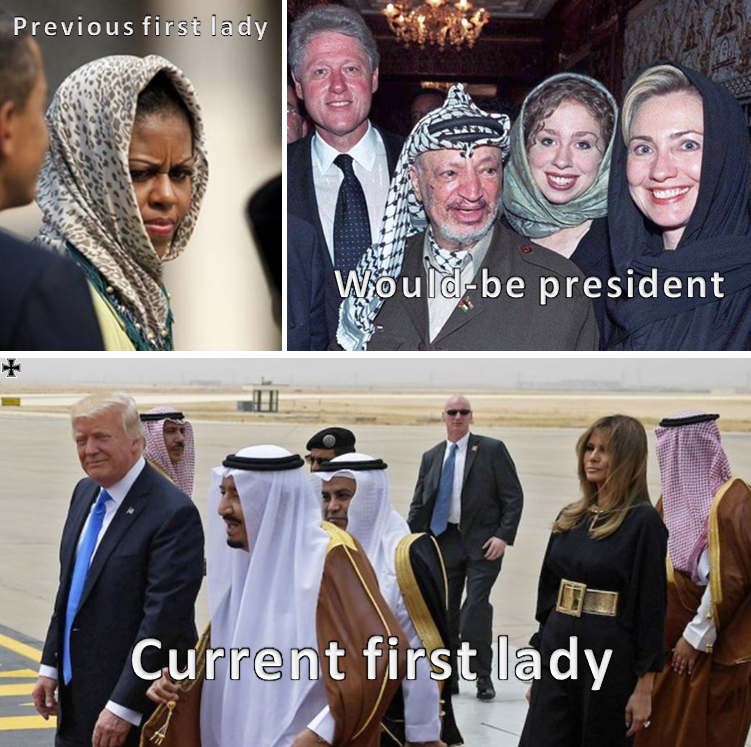 Trumps trip had nothing to do with anything but selling them weapons. That's why the king fakes respect. He wants our weapons. He can't arm the terrorists without our help. King doesn't care about allah , it's all about the business deals.


Liberals either live in an alternate reality or habitual liars, maybe both.
I think it should be recognized as a mental disorder.

I think it should be recognised as having a sense of humour something you lot seem to have lost. 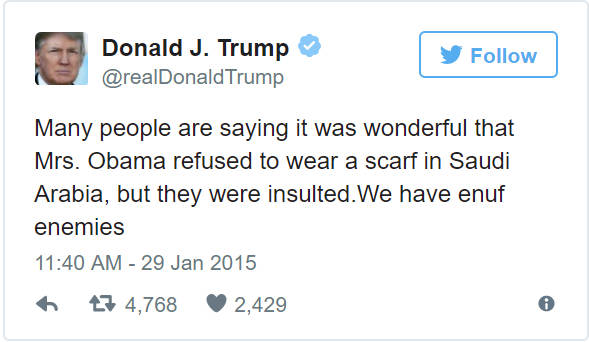 less ignorance found in a kardashian fan chat than the dull drone minds here at times.
Enjoy your night...make sure to wear your helmets