As far as the BBC reporting on WTC building 7 falling before it happened. I have seen the footage you're referring too and I think what happened was the image in the background of building 7 was just that, a projected image, and not actual live footage of building 7. I've seen it often enough on news programs..

I might be wrong of course, but that makes sense to me. As for why building 7 fell at all, well that is a mystery. Office fires don't burn hot enough to collapse steel reinforced structures period.


When people discuss 9/11, I always ask what happened to WTC building 7, and why was it pre-reported on BBC before it happened? Also why does it look like a controlled demo.

One of the reasons we debunk is crap like this ...

BBC "pre reporting" - you are aware that the BBC was quoting a Reuters report, Reuters in turn was quoting from a local
source

FDNY was aware that WTC 7 was in danger of collapse from mid afternoon - they witnessed a growing 3 story bulge on SW
corner of building. That the fires inside were spreading . This lead FDNY Chief Daniel Nigro to declare a collapse
zone around WTC 7 at 3PM (2 1/2 hours before it collapsed) and cleared the area.

As for "looks like controlled demolition" - what is expertise (watching YOU TUBE video does not count) ? Are you
demolition expert, explosives expert...?

Ever seen a building on fire collapse ...?

What is the motivation behind this? "Gee, I would really hate it if that conspiracy turned out to be true."

Ive often wondered this myself. The best answer I can come up with is fear. If these people really thought the conspiracy was ludicrous, they wouldnt waste their time with debunking. There's a few CT's I think are ludicrous, so I ignore them. What someone wants to believe is their business.
Now f I was scared that they might be right, I would probably spend a lot of my time trying to prove them wrong-to put MYSELF at ease, not to try to convince the believers to think like me.

Why don't you debunk the structural engineers body of work then? I mean... come on! You just compared the WTC to the fricken Plasco building. Seriously?

I showed the fallacy of that argument .....

Sure, lets just let all the bs in with no filter.


So there's not a single comment made about 9/11 conspiracy theories that give you pause to think what-if-that-were-true?

If your version of the world is questioned trillions of dollars of military spending will be cut. What will people do to preserve a thousand billion dollar cash flow?

I was okay, maybe this guy has something to say. And then I watch the Plasco building collapse videos and thought Whiskey Tango Foxtrot! I bet the metal in the building was shipped off to China the next day. This play is becoming SOP at this point.

As long as there are trillions of dollars at stake, I will entertain theories resulting from the worse aspects of human nature.

You showed nothing coming up with a lame comparision like that. Which is why nobody can take your kind of "debunkers" seriously, the intellectual honesty for that is kinda lacking. Truth is, that Nist didn't find any evidence for "fire weakened steel" in their micr. analysis either.

Looks to me as if the idiots from A&E are completely unrelated to our little chat, post a 911-myths link or something to take the edge off? Thanks for nailing my point though. No. Yes. Duh!

So threads like THIS one should be welcomed with open arms, yeah?


And what makes that so much worse is that it was probably some 9/11 conspiracy theory debunker that photoshopped that...so they would have something new to try to debunk.

posted on May, 20 2017 @ 10:29 AM
link
All of this is misdirection.
The discovery phase in ligation against the Saudis was stating.
On the U.S. side all this nonsense gets re-released to lead the uneducated away from the facts.
In the mean time, Ishmael gives a 350 Billion dollar bribe.

We need the jobs and the money but are paying one hell of a price in return.

Truth is, that Nist didn't find any evidence for "fire weakened steel" in their micr. analysis either.

Make something up, declare it the truth

WTC 7 collapse was not caused by fire weakened steel, it was expansion of steel column by heat (you are aware
that heat causes materials to expand?) that dislodged critical support bean which started collapse sequence

NIST determined that diesel fuel did not play an important role, nor did the structural damage from the collapse of the Twin Towers or the transfer elements (trusses, girders, and cantilever overhangs). The lack of water to fight the fire was an important factor. The fires burned out of control during the afternoon, causing floor beams near column 79 to expand and push a key girder off its seat, triggering the floors to fail around column 79 on Floors 8 to 14. With a loss of lateral support across nine floors, column 79 buckled – pulling the east penthouse and nearby columns down with it. With the buckling of these critical columns, the collapse then progressed east-to-west across the core, ultimately overloading the perimeter support, which buckled between Floors 7 and 17, causing the remaining portion of the building above to fall downward as a single unit. The fires, which were fueled by office contents and burned for 7 hours, along with the lack of water, were the key reasons for the collapse.[6]:21–22 Incidentally, this made the old 7 WTC the only steel skyscraper at the time to have collapsed from fire

Because it's too easy to fake things now a days. 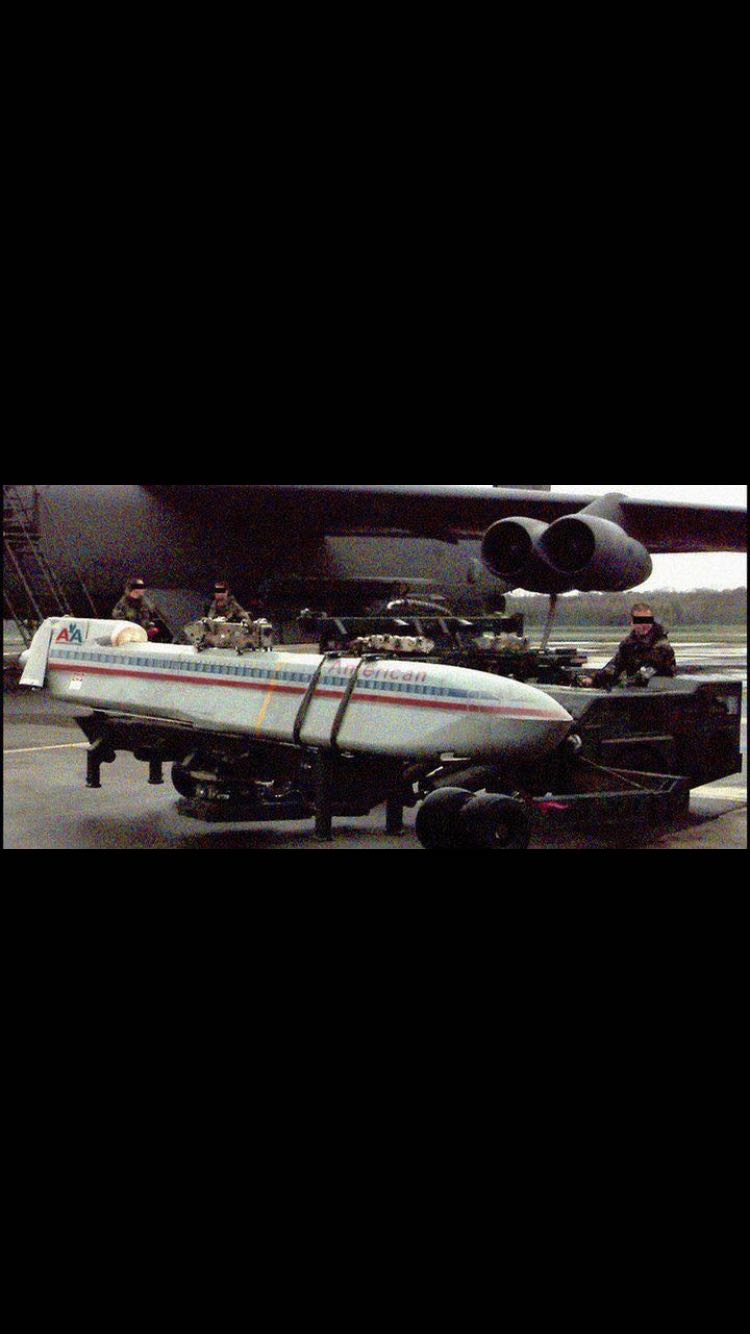 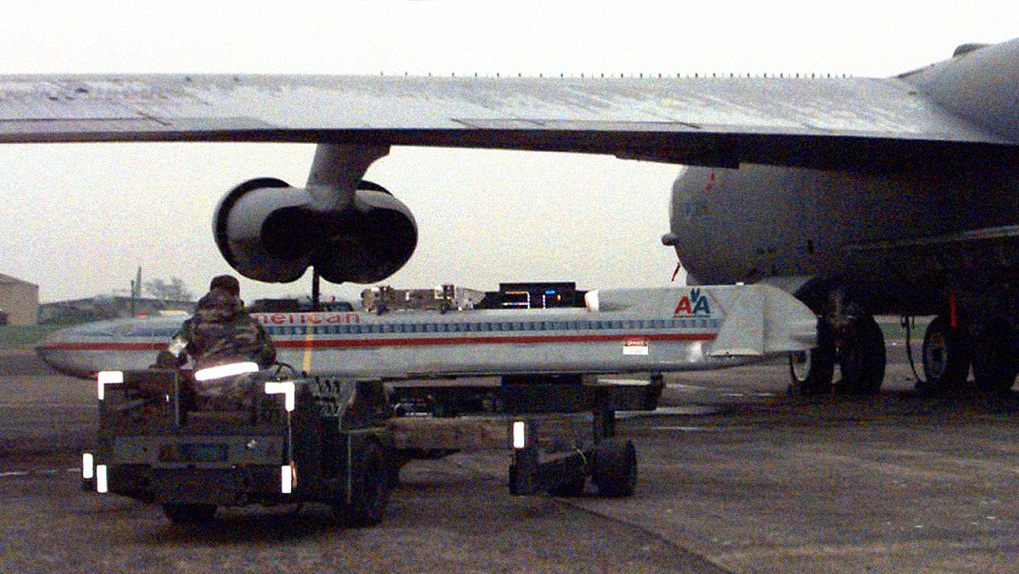 
Make something up, declare it the truth

Look up the microstructural analysis, you don't seem to have a clue on what I was getting at. I'm talking about physical evidence and you jumped to a crooked determination instead. Who on Ceres cares?


But they collapse I85 bridges in Atlanta?

Ever notice that fire departments only fight Walmart type structure fires with hoses attached to ladder trucks?
And that the roof always caves in.
Now look at the underside of your local Walmart roof.
Trusses just like the floor trusses in WTC.

Year after year it's the same crazy theories, just by different people.


This is why we come here.
It's like teasing poor little animals in cages.
It's fun to see the utter ignorance spewed as fact.

A: Because for anything other than the official narrative to be true would shatter their world views and cause them to have a nervous breakdown.

B: Because they are paid shills.

C: Because they really are stupid.


You forgot "D. Because they cannot abide the complete stupidity of many of the conspiracy theorists."

Choice "D" is generally correct, your 'case' notwithstanding.

A: Because for anything other than the official narrative to be true would shatter their world views and cause them to have a nervous breakdown.

B: Because they are paid shills.

C: Because they really are stupid.

I believe the two towers collapsed due to drooping floor trusses and contraction during cooling which lead to inward bowing and collapse initiation? Is that the official narrative.

I believe that the government covered up it was caught asleep and poor immigration vetting for persons from the Middle East that caused 9/11. Is that the official narrative?

Please stop with the insults and straw men arguments.

What you want to talk about, jet deniers?

WTC 7 brought down by nukes in the diesel tanks and a collapse initiated in almost total science.

Steven Jones never proved his thermite in WTC dust by conducting a test in an inert atmosphere.

Jones peer review paper. A paper proven to be improperly peer reviewed by a journal caught in pay for play. That individuals could not replicate his experiments.

Conspiracists posting pictures of columns at the WTC cut by thermal lance during WTC cleanup, and falsely claiming the columns cut by thermite.

The misconception the WTC cleanup was shipped directly to China? When in reality the WTC debris were methodically removed out of fear the slurry wall would give to safe lay down yards to have the steel identified, key pieces tested, and debris searched by hand.

Thanks for the post that outlined why a majority of people gave up on the truth movement long ago. A post with no facts, shows lack of understanding of the entrance holes, and only based on innuendo.


Fake what? the entrance holes at the towers?

Airframe shaped holes in the towers that fit the profile and dimensions of a full sized commercial jet. Not that of a drone.

I doubt it was a plane that hit the Pentagon. The lack of wing span damage alone proves otherwise.