It's not that he was "at" LAX, no surprise there, but rather that he was allowed to "leave" LAX on an aircraft! This is the part which is unbelievable. Further to my ongoing point of the worthlessness of the TSA and politically correct law enforcement at airports.

That's what I mean. We took pepper spray, knives that were too large, and all kinds of other obvious things that shouldn't have been on the plane to begin with, and in the vast majority of the cases, the passengers came through LA. No one there gives a crap. And this was before the TSA.

I've been trying to find an update on this story as far as what he was charged with and the motive. I would think this incident would have gotten more coverage, since it was a possible terrorist attack.

I did find this story with a little background on the person.

Uskanli provided police a home address in the affluent Santa Monica suburb of California. A Linkedin page for someone with his name says he attended film school in London until this year.

It just seems a little strange that this isn't a bigger story. And where is all the cell phone video? I've only seen the short clip of him being handcuffed and led down the aisle.
www.hawaiinewsnow.com...

It's not a bigger story because he actually did something. It's only a big story when people are removed for what is considered a bad reason, or something that can be spun.

Apparently he is in the US on a student visa for acting school . Federal charges are expected for interference with a flight crew.

That's usually the go to charge for incidents like this one. They can charge you with it for just about anything that happens on the plane.

HONOLULU (AP) - The Latest on a disturbance on a flight between Los Angeles and Honolulu (all times local):

Los Angeles Airport police say a 25-year-old man with a Turkish passport who was arrested after walking through a door leading onto an airfield ramp provided an address in Santa Monica when questioned by authorities.

Airport police spokesman Rob Pedregon said Saturday that Anil Uskanli opened the door and walked up to a contractor early Friday to ask where he could get some food.

Airport police say Uskanli had been drinking but was not drunk. He was cited for misdemeanor trespassing and released.

Pedregon says such incidents are relatively common at the airport. He says Uskanli did not appear to have another motive for walking through the door since he stopped almost immediately to ask about food.

Federal authorities say Uskanli was later arrested in connection with a disturbance on a Hawaii-bound flight. 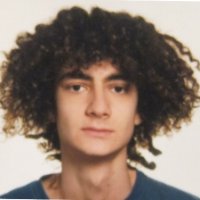 Just an innocent passenger it turns out but nwo got everyone by the balls it seems .

20 years ago this passenger would have been offered a menu and today he gets duct taped to a seat .

If you haven't question the media narrative of this event than you are in a trance .


Towelheaded Turk runs towards the Cockpit while carrying a LAPTOP !!!

Tim Rifat eat your heart out .

Thanks for adding that pic. This story stinks. Anyone who's been in an airport knows where the food court is. I'm not buying that excuse/reasoning.

The airport incident was 3 hours before his flight. The guy is an actor. Something more was going on, IMO.

The lack of MSM coverage and no cell phone videos of the incident. Unheard of in today's world. The guy runs toward the front of the plane with his head covered. He was hiding his face from being filmed. I don't know what his real motives were but apparently we should all just move along folks, nothing to see here .

I could have told you this would drop off the media radar almost as soon as it happened. Any time something happens in flight, if it even gets mentioned by the media, they drop it almost as soon as they report it. There was a passenger arrested the other day for trying to open the aircraft door in flight. I heard about it on an aviation news site. I didn't see anything on regular news sites.

Let something happen on the ground, thar is relatively inconsequential, and we'll hear about it for days, if not weeks later.

I did see the incident with the passenger trying to open the door mentioned briefly somewhere.

Why do you think this current incident is not getting more attention? It seems to have a lot of red flags.

Detained at the airport but then allowed to fly. He was acting strange according to passengers before the plane even departed but was still allowed to fly. He rushed toward the front carrying the laptop. No videos of the actual incident.

The newest terror alerts warned about laptop bombs. I'm not saying he had a bomb, but it's all very suspicious.

Because they can't spin it into the evil corporation being cruel to the innocent people who paid for their tickets with their hard earned money, only to be threatened and dragged off the flight and oppressed. Or something along those lines.

originally posted by: EchoesInTime
a reply to: 23432

Thanks for adding that pic. This story stinks. Anyone who's been in an airport knows where the food court is. I'm not buying that excuse/reasoning.

The airport incident was 3 hours before his flight. The guy is an actor. Something more was going on, IMO.

The lack of MSM coverage and no cell phone videos of the incident. Unheard of in today's world. The guy runs toward the front of the plane with his head covered. He was hiding his face from being filmed. I don't know what his real motives were but apparently we should all just move along folks, nothing to see here .


For a 25 years old California and London educated young guy , he has no other pictures of himself on the web.

I find that exceptional.

posted on May, 22 2017 @ 10:04 PM
link
Update on this story. It gets even more incredible. How the hell did they think letting this guy on the plane in the first place was o.k?

More details from the F.B.I. He had no luggage, only his laptop and cellphone plus charger and appeared to be under the influence of drugs and/or alcohol and needed a wheelchair and assistance to board the plane. He was first to board the plane and sat in first class before being made to move.

The Judge ordered a mental competency hearing for him and he tested positive for benzodiapene and field tests indicated possible use of stimulants or cannibas.

Passengers told the FBI that Uskanli acted strangely on the flight, including talking about being a famous actor and pounding on walls after someone walked into a restroom he had left unlocked.

At one point, he got up from his seat, wrapped a blanket around his head, picked up his laptop and started walking to the front of the plane. A flight attendant used a drink cart to block him. Uskanli put the laptop on the drink cart, the complaint said, which scared flight attendants because they are aware “that laptop computers potentially pose a new threat to airplane security because they may contain explosives that are undetected by airport screening measures.”

The captain initiated bomb threat procedures, and flight attendants barricaded the laptop with crew bags. An off-duty law enforcement officer sat with Uskanli for the remainder of the flight, the complaint said. No explosives were found after the plane landed.

FBI agents then interviewed Uskanli. “When I asked him if he ever had terroristic thoughts, he responded, ‘We all have those ideas,’” an agent wrote in an affidavit. The agent asked again later about terroristic thoughts. In response, Uskanli made a gun shape with his fingers and pretended to shoot her, she wrote.


“He then did a gesture simulating a chopping motion toward my neck,” the agent wrote. He then told another agent, “I’ll kill her, get out the following day and shoot myself,” according to the court documents.