In Appreciation of Alice In Chains

This thread is intended to honor one of the greatest rock bands of all time: 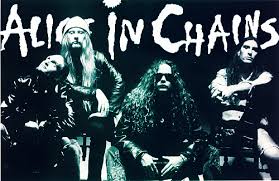 Alice in Chains is a Seattle based rock band which formed in the late 80's. It consisted of Jerry Cantrell, Layne Staley, Sean Kinney, and Mike Star (replaced by Mike Inez in 1993). Although the band never officially disbanded, the height of their artistry was between 1990 and 1996 due to the addiction which plagued Alice in Chains distinctive and talented lead singer Layne. Here is a picture of Layne who passed away in 2002: 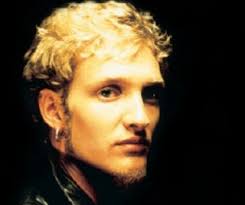 Alice in Chains deserves a place among the very greatest. Their entire body of work is amazing, their albums are masterpieces which all have their own distinctive sound. This band was the real deal.

I think this is my favorite AIC song:


Here are my favorite albums in full:
What a debut! Facelift (1990)

My favorite album! Jar of Flies-- short but so very sweet.

Their self titled album.

Thanks for taking the time out to admire one of the best group of musicians to get together! What are some of your AIC faves?
edit on 12-5-2017 by DrumsRfun because: edited as requested

One the my favs all-time by far. Such a freaking cool sound!

I love this thread!!! Nicely done.

Thank you so much! How nice to hear.

Have a great day, and cheers to your great taste in music

Man, I love this one:

posted on May, 11 2017 @ 10:27 AM
link
There is not really any Bad Apples, but this Would probably be my favorite. No matter who you are, it would still rock Them Bones

Real story though. My brother-in-law and I was fishing many years ago, going down the bank flipping around boat docks. There was this horribly rusted metal chair that was sitting on one of the docks. We dubbed it "Tetanus Chair". So we started singing Angry Chair, but replacing Angry with Tetanus. Sorry, but it was funny at the time, and you would have probably needed to be there.

Thanks for the great post, and the trip down memory lane!

Lol, I love those spontaneous times when life is so fun! My brother and I have plenty of similar tales

Man in the Box certainly is great! Let me drop this one:

I always said this guy and Chris Cornel from Soundgarden,Audioslave were the best voices in music.

Awesome. Can't really argue with that!

Although I would add Geoff Tate and Bruce Dickinson to a list of greatest voices in rock, I was always more of an AIC fan (personal preference I guess).

posted on May, 11 2017 @ 01:05 PM
link
Layne was friggin awesome and jar of flies is up there as one of my favourite albums ever. It's a bit of a shame they kept going really, they sound like an inferior cover band without him.

posted on May, 11 2017 @ 02:14 PM
link
I love Mother Love Bone, AIC, Pearl Jam, and Soundgarden. All connected, and each amazing in their own unique way.
Hey Zos, next time you go to Youtube search Layne Staley Scott Weiland, Got Me Wrong. I need that kid of Bday party!


"Would" is my favorite - sorry can't link right now

I saw AIC in Phoenix, not with Layne but William Duvall. Best concert I've ever seen.

They are my favorite band, fav new song "Your decision".

Hi!
Yep, I totally agree with you about Jar of Flies. Great album that I could listen to again and again.

Thanks my friend and let me know I'll be at your party!!!!

posted on May, 11 2017 @ 05:15 PM
link
Would was such an amazing end to Dirt. High school memories for me. I wish I still had my "AIC" tshirt, with the AIC inside of a psychedelic sun. Cool shirt. Nice thread!

I loved the composition of all their albums! Dirt is an incredible and you're right that Would was a perfect way to end it.

Even though I was a bit of a late comer in my opinion Staley's voice is the best among the Seattle four, not that I'm taking anything away from Peal Jam, Nirvana, or Sound Garden but man he had such a different voice...."Zombie Crooning Agnst" is what I once read about his voice, I think that description fits well.

Alice in Chains will never be the same without him, however it is important to note that Jerry Cantrell did vocals along with Staley in many of the 90's songs, not only that but as I recall Cantrell wrote many of the lyrics. Keeping this in mind considering some of the recent stuff Alice in Chains have come out with I can still appreciate the content they've come out, even with a new lead singer a few of the songs sound almost like something they would have released in the 90's.

Hi there
Great point about Cantrell's contribution in both harmonizing vocals and songwriting!

I also realized after reading your post (hit me suddenly to my embarrassment) that I misspelled Layne Staley's name in OP.