Fox News reporter Catherine Herridge says this is one of the biggest headlines out of the hearing today with the FBI director, pointing out that the FBI had found an email was obtained by Russian hackers that indicated that former DOJ hack Loretta Lynch would do everything she could to protect Hillary from prosecution:

I don’t think he’s just talking about the meeting Lynch had with Bill Clinton. It sounds like she boxed him in – in more ways that just that meeting. If that new email is any indication, she very likely coerced him directly, pushing him to play the ‘no intent’ defense for Clinton and her aides.

As a lot of us have been saying for a long time now the "no intent" bs was made up in order to shield Clinton from criminal prosecution (the standard is gross negligence). Hopefully the new AG will reopen the case and prosecute Clinton and her cronies for their illegal acts. Given new emails were found that were classified even if they can't get them on the old stuff they can go after them for the new emails.
edit on 4-5-2017 by Xcathdra because: (no reason given)

The problem is, she is just sloppy. While she may be one of the worse, this is most of our politicians ladies and gentlemen.


The most depressing part, nothing will ever happen, and my guess is she'll still continue to be a public figure.

I don't think this matter is ever going to go away till The American People get justice. Hillary lost because we know what Hillary is and what she did. You can't put the toothpaste back in the tube and this is one the people want to see prosecuted and resolved.


I'm guessing that BS "no intent" was a smokescreen to keep the charges from being bumped to the SC on appeal.

Comey looked surprised that the congressman brought it up and the fact that Comey couldn't answer indicates that there still is a strong ongoing investigation of some sort.

Also, more than anything, if it is as factual as it looks, is clear indication that there was some very close collusion between the DoJ and a presidential nominee (like we don't know already), which should have everyone up in arms.


Keep pulling threads, it will unravel.

posted on May, 4 2017 @ 09:33 PM
link
I called it. Unfortunately the Leprechaun will never see the inside of a jail cell. Though imagining it gives me a warm and fuzzy feeling. In light of all of this i got a weird vibe that Obama wasn't in charge after all. The Clintons are probably some of the worst persons in human history. I don't believe in Karma but in that case please let them get hit by a 1000 times fold. 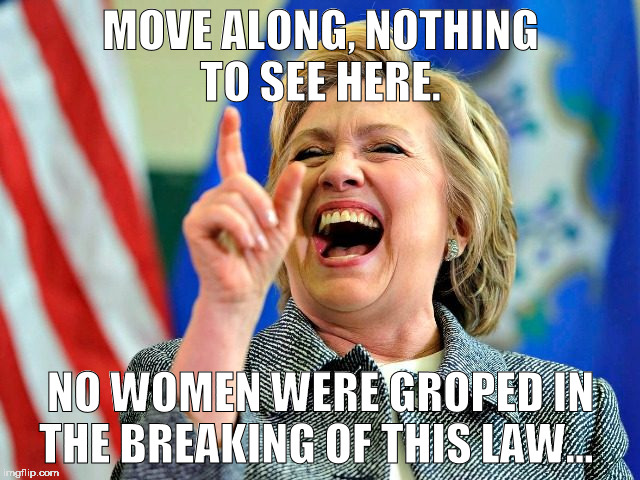 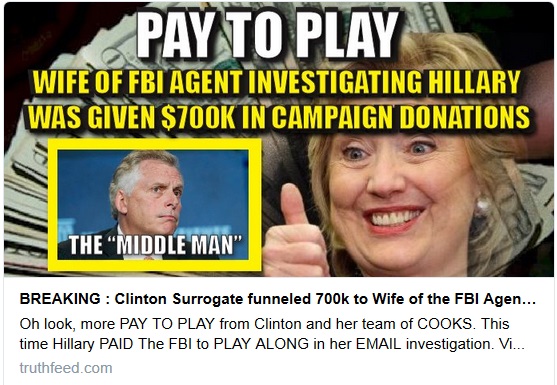 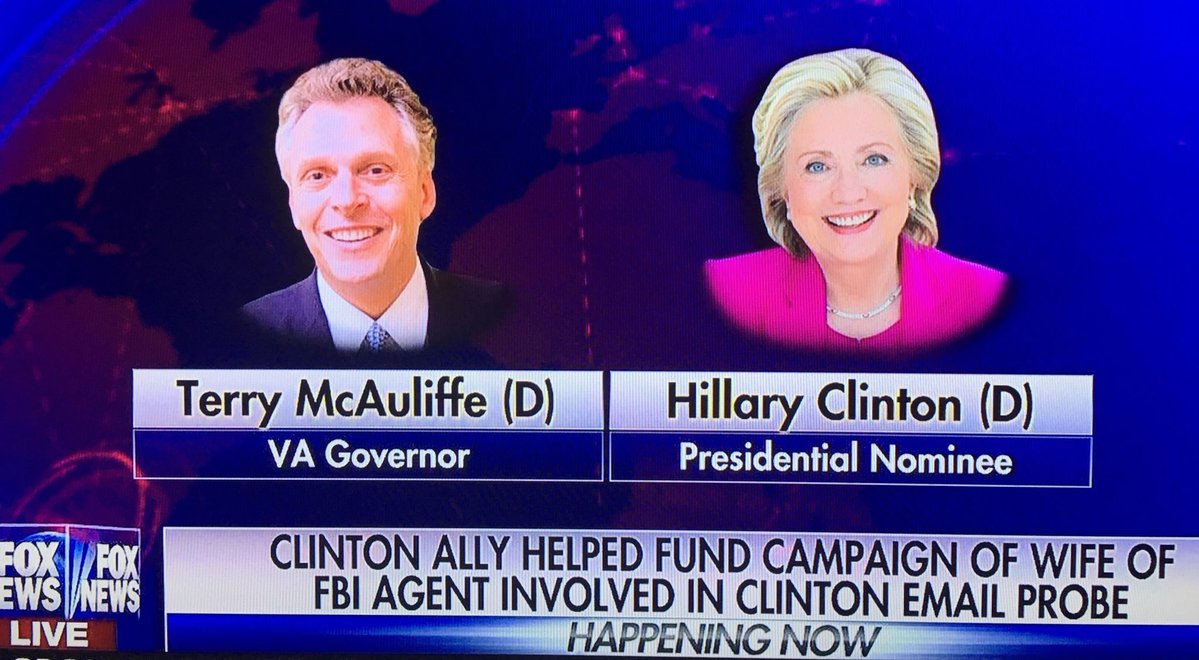 Why did Bill Clinton and Loretta Lynch meet on her airplane in Phoenix this week?
edit on 4-5-2017 by IgnoranceIsntBlisss because: (no reason given)

ketsuko
+10 more
posted on May, 4 2017 @ 09:35 PM
link
So maybe Comey felt sick to his stomach because he knew he was perhaps living on borrowed time?

Xcathdra
+2 more
posted on May, 4 2017 @ 09:37 PM
link
Well this information was uncovered from an Inspector General investigation into Lynch and Comey's actions during the fiasco. The IG can in fact recommend a criminal referral to the DOJ / FBI to investigate any wrong doing. That coupled with the new Anthony Weiner classified Emails that were sent from Clinton to Huma to Weiner's laptop something has to give in regards to charges.

It pisses me off to no end that the IT company Clinton used is being prosecuted but none of the corrupt liars like Clinton and her Cronies.

originally posted by: JinMI
a reply to: ketsuko

Comey has to stick with the "no intent" lie. The moment he strays from that the game is over.


originally posted by: JinMI
a reply to: ketsuko

Comey has to stick with the "no intent" lie. The moment he strays from that the game is over.

What about when "no intent" is challenged? Who can challenge it? Oh I know, the newly structured DoJ!

Big question is...will they? My opinion is that they will keep this as their ace and pull it out when they need to and I'm almost certain they will.

Actually the DOJ can appoint a special council / prosecutor to run the investigation. As for all the aides who got immunity that immunity is contingent upon their cooperation and truthfulness. If they violate either the immunity is gone and they can be prosecuted. I would say there is enough evidence those individuals have lied.
edit on 4-5-2017 by Xcathdra because: (no reason given)

An investigation into HRC and Co, or to the former DoJ and Comey and Co?

originally posted by: ketsuko
So maybe Comey felt sick to his stomach because he knew he was perhaps living on borrowed time?

You know i thought about that too but isnt it more convincing to let him live instead of just silencing him? He can't and won't do anything to harm them so they aren't really at risk from getting exposed. My guess is Huma,Lynch,Weiner,Rice and even Comey will bite the bullet in the end. They are nothing but a human shield to the Clintons and they get treated as such. I expect the leak of the contents of the confiscated Weiner laptop is already the next move.

originally posted by: JinMI
a reply to: Xcathdra

An investigation into HRC and Co, or to the former DoJ and Comey and Co?


There is an Inspector General investigation currently underway into Comey and Lynch and their actions pertaining to the Clinton mess. That IGs recommendation will go to the new DOJ.

The new DOJ can then appoint a special prosecutor to investigate Comey, Lynch, Clinton and her aides.

Still to this day, I can't believe the argument they keep repeating is "no intent".... aye aye aye.. Or in other words what you call gross negligence when you need to cover it up...

Good. Hopefully AG Sessions and President Trump will go along with this. #CrookedHillary & Co. needs to be held accountable for their actions.

originally posted by: jhn7537
a reply to: Xcathdra

Still to this day, I can't believe the argument they keep repeating is "no intent".... aye aye aye.. Or in other words what you call gross negligence when you need to cover it up...

The no intent BS lie was flawed from the start and Comey was called out on it the first appearance before Congress. A person who is driving a car and kills a person can be charged with a crime. One of those crimes is called involuntary manslaughter. The law only requires the person to act in a negligent manner resulting in another persons death. That means the person is being charged NOT because he intended to kill someone, but because he killed someone through his own gross negligence.

There are a bunch of statutes that do not require intent in order to be charged with a crime. Violating 18 USC 793 F is one of those laws. Comey keeps repeating he could not find anyone ever charged under that statute even though several Congressmen did find examples. Secondly neither Comey nor the Congressman could account for people charged under that statute where the person plead guilty instead of fighting it in court.

Finally the constitutionality of a statute is up to the courts and not the FBI / DOJ to decide. They go forward with a prosecution and allow the defense to raise the issue in pretrial motions or on appeal should they lose.