posted on Apr, 23 2017 @ 03:35 AM
link
The Hydra glides, studying the phases of life & death within Existence contemplating, the truth of dualism and non dualism in relation to its CREATOR.

Dualism (from the Latin word duo meaning "two")[1] denotes the state of two parts. The term dualism was originally coined to denote co-eternal[clarification needed] binary opposition, a meaning that is preserved in metaphysical and philosophical duality discourse but has been more generalized in other usages to indicate a system which contains two essential parts.
Moral dualism is the belief of the great complement of or conflict between the benevolent and the malevolent. It simply implies that there are two moral opposites at work, independent of any interpretation of what might be "moral" and independent of how these may be represented.

Nondualism, also called non-duality, means "not two" or "one undivided without a second".[1][2] It is a term and concept used to define various strands of religious and spiritual thought.[3] It is found in a variety of Asian religious traditions[4] and modern western spirituality, but with a variety of meanings and uses.[4][3] The term may refer to:
• Advaya, the nonduality of conventional and ultimate truth in Madhyamaka Buddhism. In Buddhist Madhyamaka it means that there is no absolute, transcendent reality beyond our everyday reality, and while things exist, they are ultimately "empty" of any existence on their own.[5][6] In Yogacara, it refers to the idea of nondualism of cognition and that which is cognized;
• Advaita, which states that all of the universe is one essential reality, and that all facets and aspects of the universe are ultimately an expression or appearance of that one reality.[7] This is an ontological approach to nondualism, and asserts non-difference between Ātman (soul) and Brahman (the Absolute).[8] This idea is best known from Advaita Vedanta, but also found in other Hindu traditions such as the Kashmir Shaivism, popular teachers like Ramana Maharshi and Nisargadatta Maharaj;
• "Nondual consciousness", almost synonymous with "mysticism," the non-duality of subject and object; this can be found in modern spirituality.

After leaving another dimension that it has left yet AN other entangled signature of its incarnated self, it encounters the various vibrations given off from the dimensions it senses that it has yet to visit and has webbed itself within over periods of existence. Some of these dimensions are giving off some of the most peaceful and utopian vibrations full of positivity and benevolence. Yet still other dimensions are giving off some of the lowest vibrations from the inhabitants there of sadness-pain-hate-death which are registering to the Hydras senses as malevolent activity and or energy output…
So the Hydra stops in its glide of exploration of existence once again to study the vibrations being generated, and where they could possibly be resonating from.
As the Hydra stops its tail covered in scales that resemble gemstones that seem to project various color forms of LIGHT* with a plasma spark at the end of it slowly falls down into the deepest dimensions within the ABYSS of CREATION. Sort of doing a survey of the benevolent & malevolent energy out put in those regions.
Its wings reach outside the dimension of its tail and its various dimensions its consciousness collects within… The wings are of a dark material that at first glance would appear as crystal deep blue. Within the wings are metallic like reinforcements that shine upon the dimensions below them. But from above them they appear as shadow to those unaware dimensions of the Hydras presence. One wing reaching higher up into more ascended dimensions the other wing still yet in another dimension.

As of now the Hydra has entangled itself in multiple dimensions of existence to better understand again dualism & non dualism with the local group of CREATOR Creations it has been drawn to due to the malevolent signals it is feeling now no longer just sensing.

The hydra begins to project from its core MER KA BA OF SILVER & BLACK ANU incarnation…
This incarnation shall entangle itself & be projected within or upon a Island of LIGHT* that seems to attract or capture other smaller LIGHTS*.
It shall be a hydra in wolves clothing wearing a raincoat of sheep to better blend and understand how those treated like sheep are treated by those they are unaware of… Portraying the messiahs? 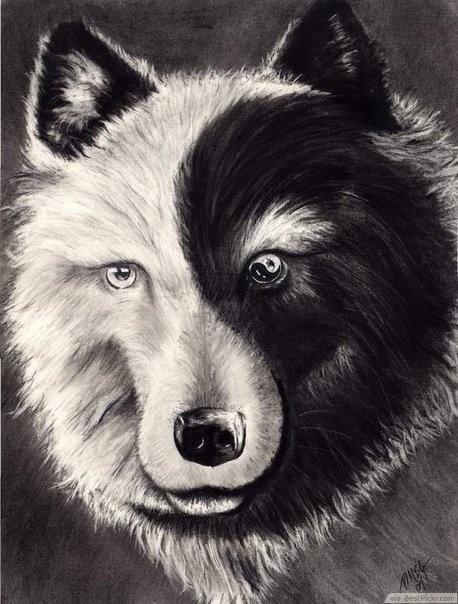 Providing a hands on experience for the Hydra incarnate of the species its projected within to better understand where the low vibrations from the inhabitants there of sadness-pain-hate-death are emitted from?

Therefore in the eyes of the portraying deceptive messiahs and or saviors that are of deceit the incarnate appears 100% = genetically to the species its incarnated within and appears as a sheep, it is only its Hydra SPIRIT that is ALIEN to the aliens… it encounters or webs its entanglements quantumly speaking.

The Hydra as it studies dualism & non dualism within the Abyss of Creation applies this theory to The ABYSS OF CREATION and is its entangled forms of 50% light & 50% non light, allowing it access to higher and lower dimensions due to the form of the Abyss or
The CREATOR or instinct from personal experience within Existences phases of life and death? Or all options together?

In this region the "locals" call the island among many other light islands a planet.

The Abzu or Apsu (Cuneiform: 𒍪 𒀊, ZU.AB; Sumerian: abzu; Akkadian: apsû, ), also called engur (Cuneiform:𒇉, LAGAB×HAL; Sumerian: engur; Akkadian: engurru - lit., ab='water' zu='deep'), was the name for the primeval sea below the void space of the underworld (Kur) and the earth (Ma) above. It may also refer to fresh water from underground aquifers that was given a religious fertilizing quality. Lakes, springs, rivers, wells, and other sources of fresh water were thought to draw their water from the abzu.

Nu (also Nenu, Nunu, Nun), feminine Nut (also Nunut, Nuit, Nent, Nunet, Naunet), is the deification of the primordial watery abyss in the Hermopolitan Ogdoad cosmogony of ancient Egyptian religion. The name is paralleled with nen "inactivity" in a play of words in, "I raised them up from out of the watery mass [nu], out of inactivity [nen]". The name has also been compared Coptic noun "abyss; deep".[1]

posted on Apr, 23 2017 @ 03:36 AM
link
The incarnate breathes atmosphere or is born, the manifestation begins. Though having no memory of its Higher Self immediately does still detect things of and within itself related to its Hydra Spiritual origin behavior wise. So at times as it grows THE experiences times of not fitting in or behaving/thinking like many others it is incarnated like. Possibly the feelings are Hydra collective establishing a link directly to help Guide? The incarnate… among its unaware Dragon Overseer.

YES Hydra detects a Dragon… … …
Incarnate continues to develop under Dragons kingdoms built outside the light, sends transmits or sends uploads in spiritual relays to Hydra. Hydra edits location from its multi located dimensional parts Over riding Dragon.
Hydra knows dragon detects it even if it wont warn its minions. Dragon in fear senses Hydra from same CREATOR…

Contemplates Dualism & Non Dualism and how the dragon likes to play chess even though the Hydras many collectives warn it again... ... ... that its a simple game based on a removable board.

1 tried to keep the story short but full of meta vision be well all.
I may not ping in on ALL* of your well written stories but am paying attention to the talent. 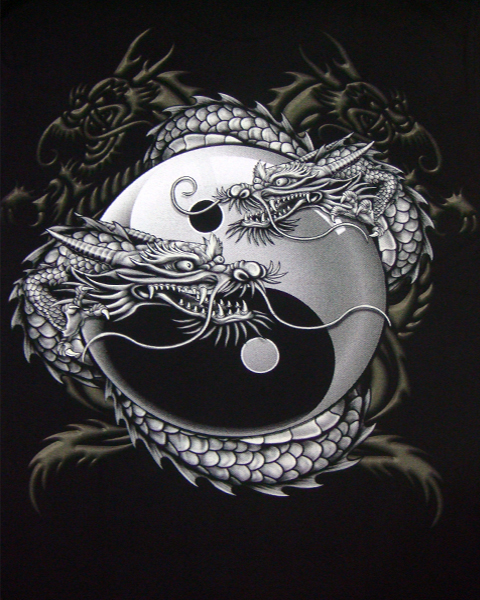 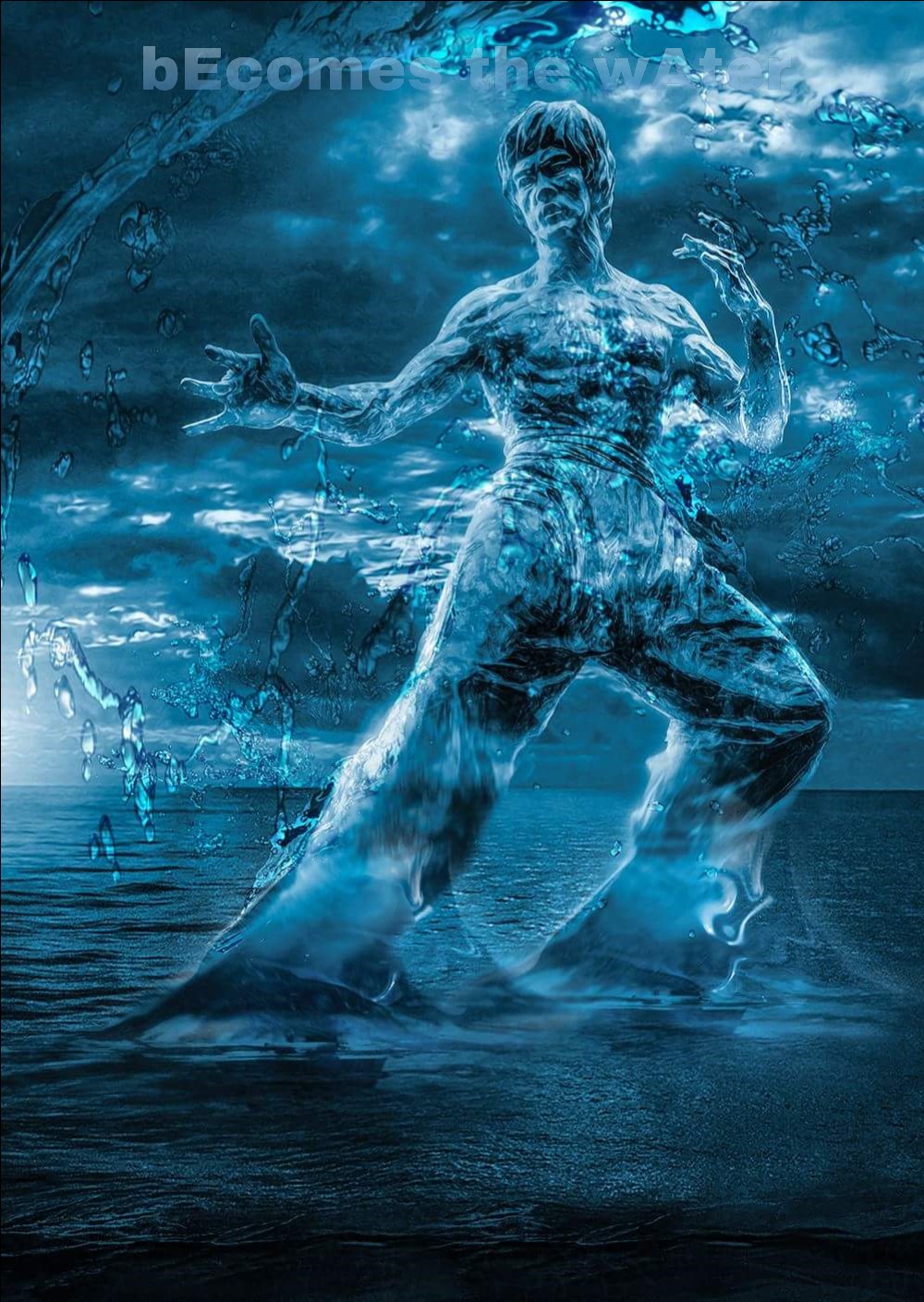 Thou art most welcome!