Gotham Shield is not a hoax. It is a very real FEM FSE (Full Scale Exercise) taking place across multiple east coast states including New York, New Jersey and the US border with Canada. There will be 4 simulated nuclear weapons, 2 which are rendered "safe" by the good guys, and 2 which simulate successful detonations. All the details are available below.

I do not advocate that this may be some kind of false flag attack. Just sharing the information that multiple Federal agencies are going to be conducting a large scale operation that simulates a nuclear bomb detonation in a major US city. Technically the operation has already started. From what I've gathered the date of the FSE is set for April 25. 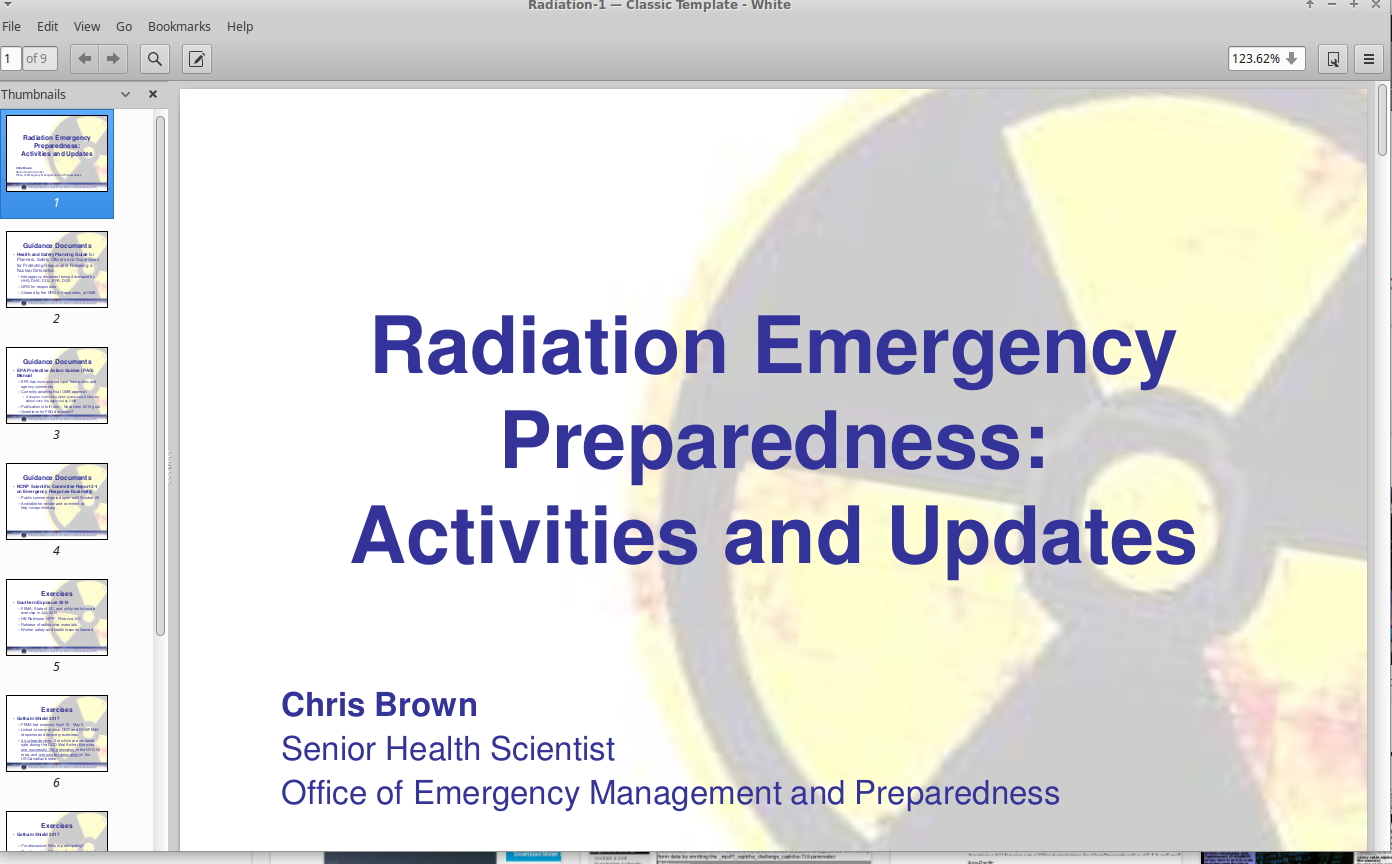 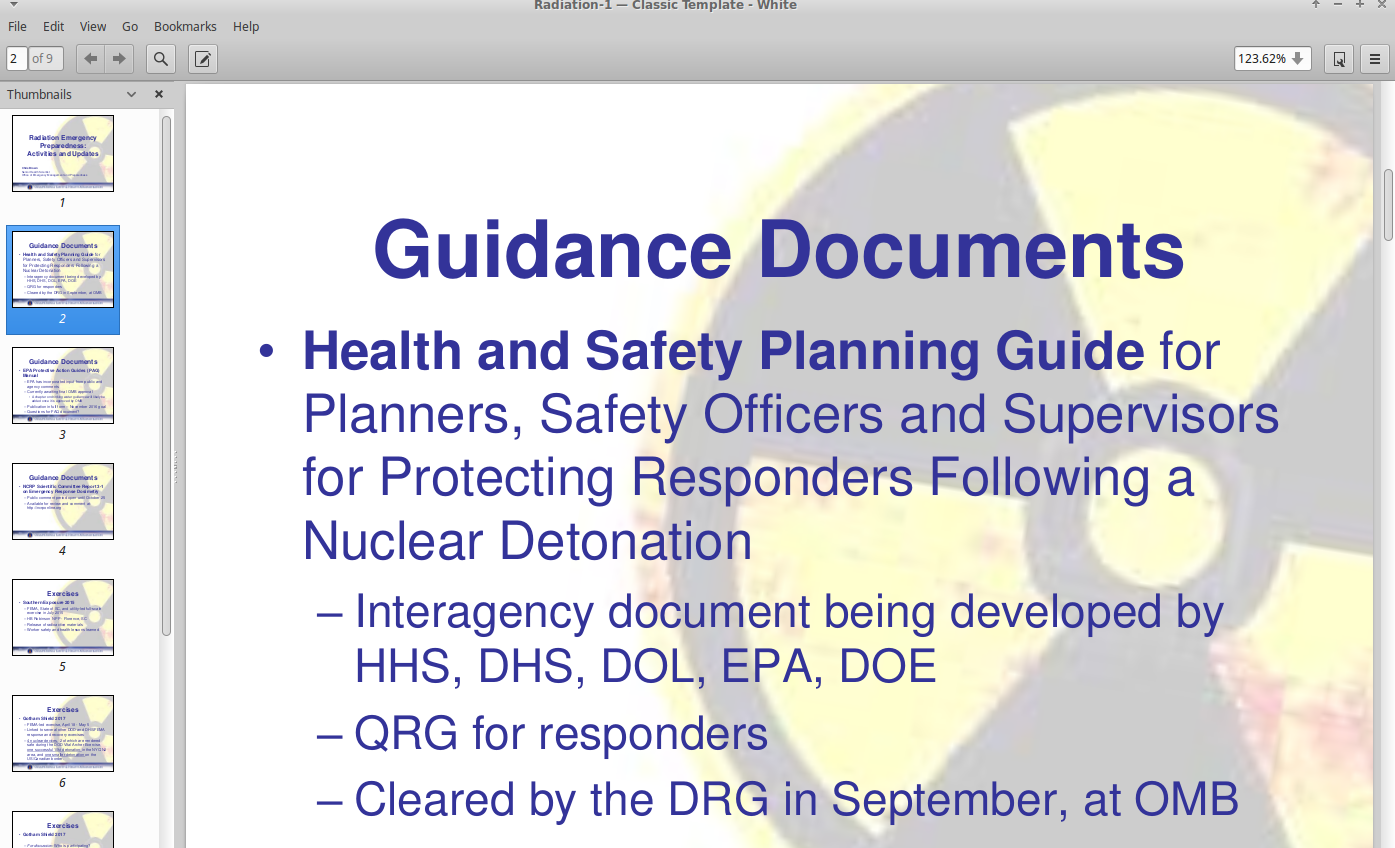 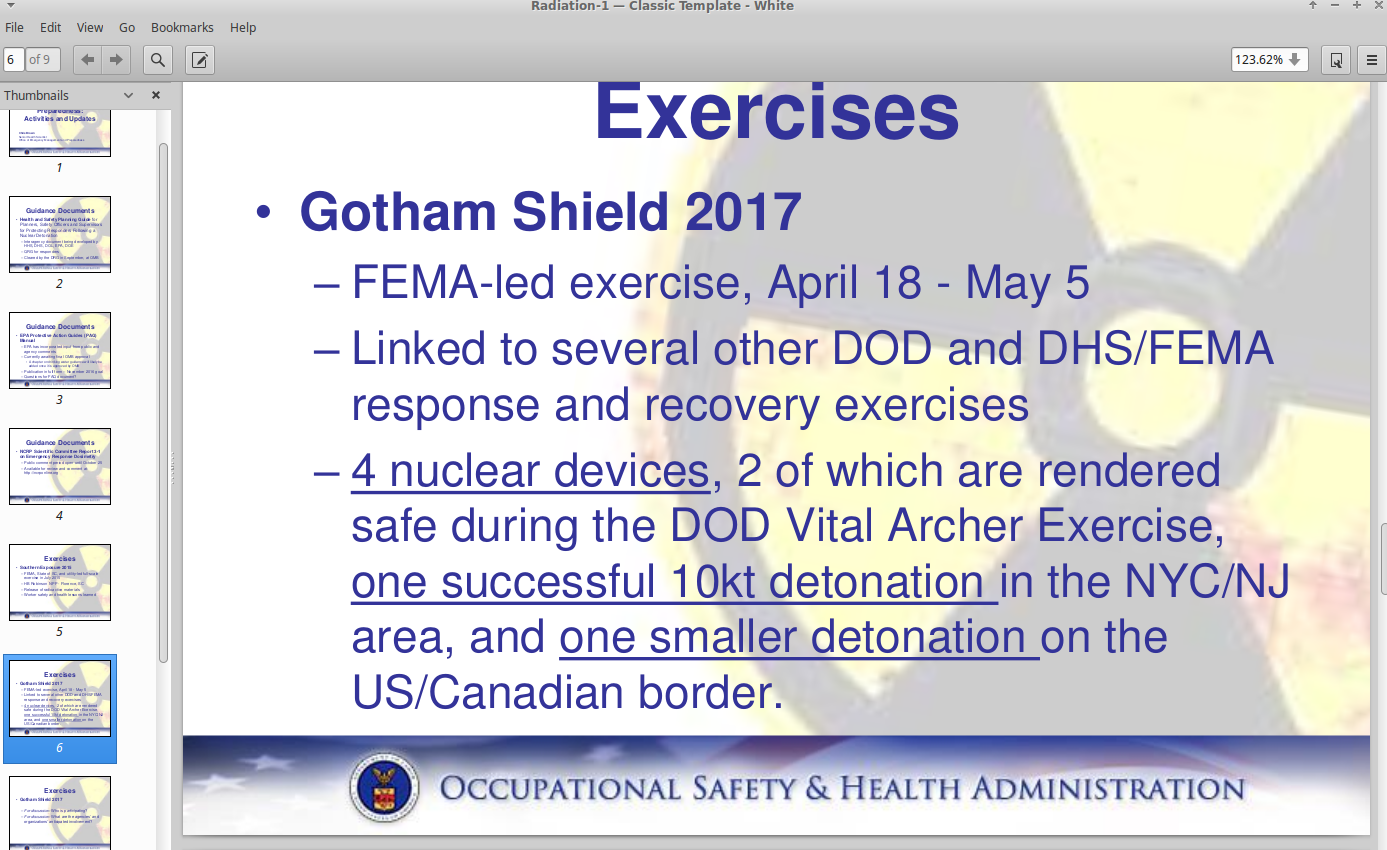 KOPSTEIN : FEMA exercises in 2017?
TUTTLE : Gotham Shield 2017 will take place in the spring of 2017 . It's going to simulate a 10 - K il o ton IND explosion in New York City and Northern New Jersey, look at sheltering, evacuation, communications and infrastructure impacts and things of that nature as part of the Department of Defense Start - of - the - Century exercise series. So there's also g oing to be an exercise tying into that somehow up at the St. Regis Mohawk Tribe on the Canadian border of New York State. So I am working with the tribal representative as well with the federal government to ensure that's coordinated properly.

This ROC Drill was a way to test the IND Response Playbook for Exercise Gotham Shield, an exercise being held in New York City at the end of April. It will test how well this plan works in the field, beyond how it looks on paper. Gotham Shield will be going on in tandem with the DCRF exercise, Guardian Response, and JTF-CS's own validation exercise, Vibrant Response.

Presentation: Gotham Shield Exercise Troop er Tom Walsh provided a broad overview of the Gotham Shield exercise that FEMA is planning in the spring of 2017. This exercise involves prevention, response and recovery efforts related to an impro vised nuclear device in Hudson County. Discussion ensued about the different needs of an even t such as this in comparison to the weather - related events we have experienced over the last decade. More details will be forthcoming about the role of NJVOAD me mbers and partners.

A full - scale exercise ( FSE ) will be conducted on April 25, 2017 named Operation Gotham Shield. The exercise will center on an improvised nuclear device detonated on the New York/New Jersey border with mobil ization of the entire MAB fleet, 5 to 10 rotary aircraft and will be sta ging at MET Life Stadium . T hey will be reaching out to Connecticut for resources. There was discussion at the task force meeting on Connecticut developing a drill to run simultaneously with the April 25, 2017 FSE . As more information is available Bill wi ll share it with the group, Jon Best and Raffaella Coler. Jon Best noted travel outside Connecticut for state employees has to be preapproved and requires a minimum of 30 days’ notice. Jon Best also noted there is a conflict on April 25, 2017 with the DPH /DEMHS/CCM Emergency Management Conference.

has anybody panicked about impending martial law yet or nah?

posted on Apr, 20 2017 @ 04:24 PM
link
Just wanted to drop by and give you a huge thumbs up for picking up the torch on this topic, and making a new thread. I was hoping someone would remake this to be "mod friendly"... We shall see. Great work.

I'm curious to see how these next few weeks will play out.

One part of me thinks this is a smart idea, and it never hurts to be more well equipped and prepared for an EMP/nuke type of situation on a large scale.

Then the other, conspiracy theorist part or me goes "Oh jeez........ here we go"

posted on Apr, 20 2017 @ 04:37 PM
link
With all the drumbeats that may lead to war soon, and with a seemingly majority of people not in support of the wars, could go either way. To say that if not preparing for something that could happen when the buttons are pushed making something happen to lay blame to help rally public support.

I wonder if Vermont is on the list - I feel like this is going to be another Jade Helm hype up with no large impact on the public but I could certainly be wrong. Good topic to be discussing - thanks for sharing OP

I haven't found anything that mentioned Vermont specifically. It's probably reasonable to assume that an exercise of this scale would include support of some kind from all the states in the area.

They did a nuke explosion exercise some years back.

Where in Vermont? I am in Windham.

originally posted by: Shamrock6
Forgive me if there's another thread on this that I missed but....

has anybody panicked about impending martial law yet or nah?

To me and some others I'm sure, it has to do more with how often drills and simulations go "live."

Suffice to say the track record is not the greatest.

I hope they do a very thorough examination of the waters off the eastern coast. With NK making all of their threats it would be a perfect time for them to strike. Even if they don't have launch capabilities yet they can still run a sub ashore and detonate. If I were in charge I would look for something like this.
edit on 4/20/2017 by brutus61 because: Spelling correction

How many drills do you think occur, across the US each day? It would be hundreds. Every. day.

That would be tens of thousands a year.

This is a pretty specific drill wouldn't you say? Not exactly a fire drill or other common natural disaster.

Regardless, it is enough to raise eyebrows.

Here's a another specific one.
www.mlive.com...

A coordinated attack in every one would shake this country to the ground.

I wonder why they don't drill for that.

Anyone with half a brain can see it happening.

originally posted by: Phage
a reply to: JinMI

Here's a another specific one.
www.mlive.com...

The University of Michigan campus has been exposed to virulent pathogen,

posted on Apr, 20 2017 @ 06:43 PM
link
As I mentioned in the other one; I canceled a business trip to the East Coast and might take an extended vacation somewhere else outside the 48.

I don't trust the Trump WH, it seems to be filled with neocons and the military; a deadly combination.
edit on 20-4-2017 by olaru12 because: (no reason given)

Well my point was more along the lines of Jade Helm: everybody was all agog that it was for martial law but now that there's been an administration change, I was curious to know where all the similar talk was.

That being said, there's drills and training happening all day, every day, all over the world. There's bound to be occasions when training is happening and something real happens nearby.