UPDATED 4:00 PM EDT (See Bottom) A Joint Operation, code named Gotham Shield is scheduled for Apr. 24 & 25. The premise of this simulated crisis will be the detonation of a 10,000-ton nuclear device in the air over New Jersey.

The electromagnetic pulse (EMP) caused by the detonation of this device will cause the disabling of most telephone, internet, and other electronic devices in a 20 kilometer radius around the detonation site.

The original article speculates that because in the past similar preparation exercises were conducted before, or on the dates when terrorist attacks occurred, they claim this could mean this exercise could lead to actual events.

...
The information about whether such services are "fully operational, rolling outages, partial availability or completely destroyed" will be transmitted to NORAD and to the National Command Authority.

The problem with this "exercise" is that, many times in the past, federal "exercises" have become actual events! A scanned image of the document appears below, click image to enlarge:
...

I did find that it is true this preparedness exercise will occur from mid-April through early May.

...
Upcoming Gotham Shield Exercise
Murad Raheem, Field Supervisor, HHS Region II, Regional Emergency Coordinator Program, shared information about a national, FEMA-led exercise scheduled to take place from mid-April through early May. "Gotham Shield" is the name for a collection of smaller, separate exercises "to evaluate the whole community effort to prevent, protect from, respond to, and plan initial recovery after the effects of an Improvised Nuclear Device attack." The exercise will involve multiple Federal, State, and City agencies. New York City plans to activate its Emergency Operations Center on a single day of play, and test its ability to respond 24 hours after an initial attack. During the March EPCC meeting, participants brainstormed ways that a small number of hospitals could explore how facilities at various geographic distances from the point of detonation would likely respond. GNYHA is working with various government response agencies to plan this complementary exercise.
...

Here is a map where these exercises are supposed to occur. 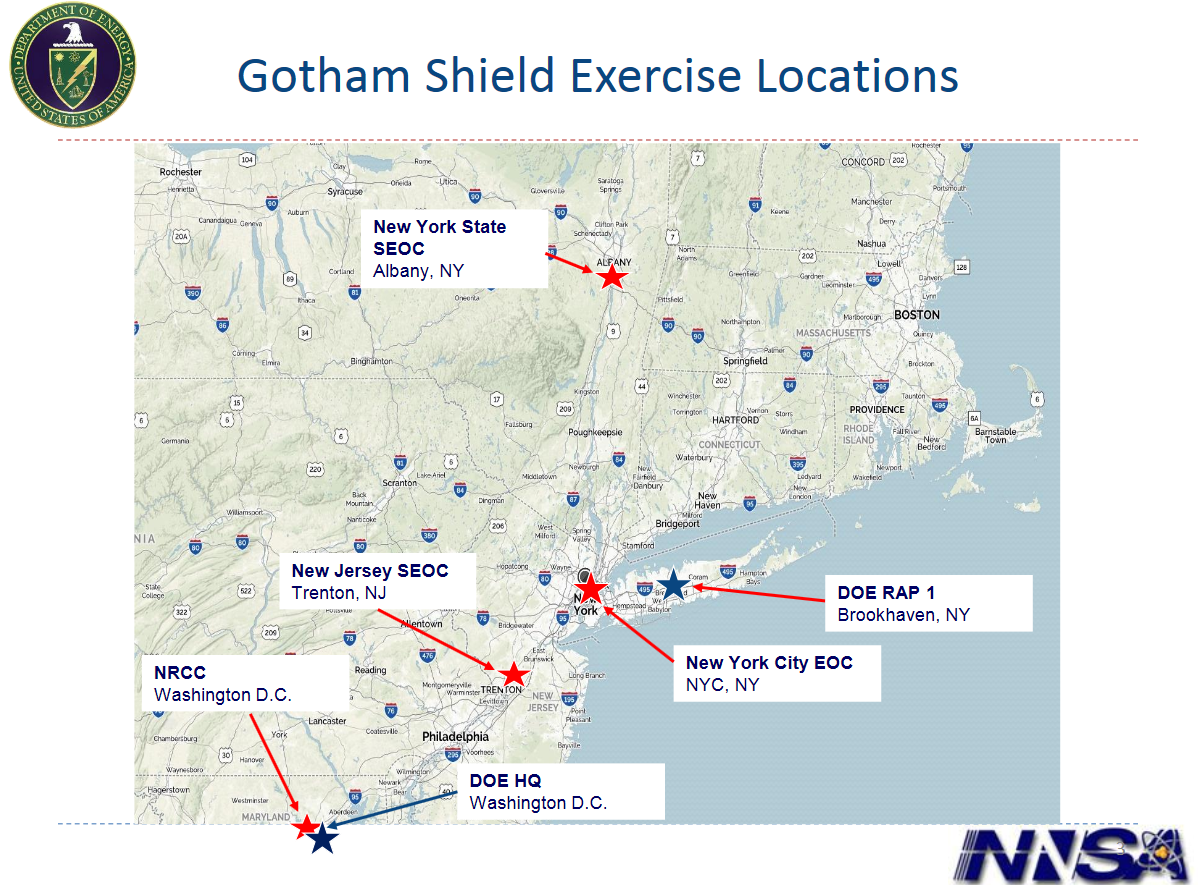 Here is a picture of the operation logo. 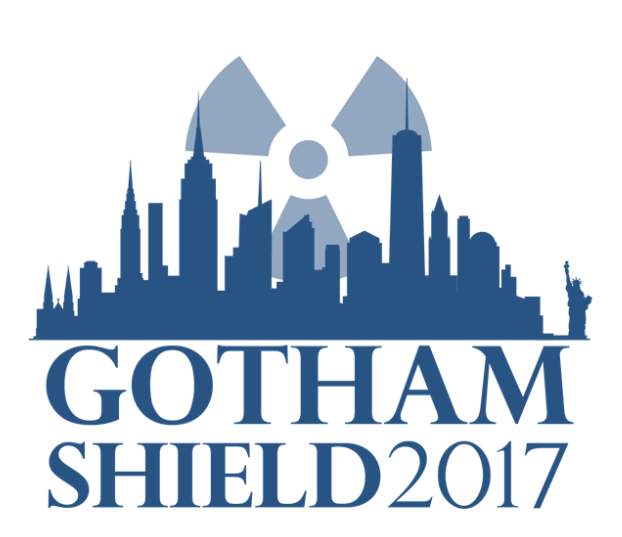 All the above can be found at.

I am posting this so people in the area have a heads up that these exercises are occurring.

And then there's the whole coincidence thing with these drills and actual events of the same caliber. Yikes.

Well now ya done it! I'm spooked a lil bit now. The government has such a great track record with simulations and exercises that suddenly "go live."

I'm not big into the fear monger thing but this makes my neck hairs stand up. Stay vigilant folks.


I am all for a good conspiracy, but Superstation95 is a joke! Not once have I seen anything they reported on, and I use that term loosely, ever be found to have anything factual to back it up nor did what they report on EVER hit daylight even on the several conspiracy and alt news sites I peruse....

We could also argue that when these exercises have occurred in the past, it could be that enemy nations, or terrorist organizations were aware these exercises were/are taking place, and they would make the exercises into actual events by attacking the areas and around the time of such exercises.

That would be a way to make Americans become suspicious of the government and could lead to riots within the U.S. What better way for enemies of the U.S. to turn Americans against the government than by attacking during, or around the time and location these exercises occur?

I do hope everything goes smoothly and no enemies of the U.S., or rogue agents of the U.S. would try to use these exercises to try to incite suspicion or riots against the U.S. government. Such an attack in itself would be devastating for us.

edit on 19-4-2017 by ElectricUniverse because: add and correct comment.

I am not saying anything will happen, and hope nothing happens. But there is the coincidence that in the past similar exercises seemed to lead to actual attacks against the U.S.

originally posted by: ElectricUniverse
a reply to: seeker1963

I am not saying anything will happen, and hope nothing happens. But there is the coincidence that in the past similar exercises seemed to lead to actual attacks against the U.S.

However, I got burnt believing in something this site said in the past when a friend of mine sent me their link, and never again.

posted on Apr, 19 2017 @ 08:08 PM
link
Gotham Shield? That's oddly specific for a codename. I mean Gotham gets hit by all kinds of attacks on a daily basis since the first comic. No freeze ray,hidden bombs or poisonus gas drills? Well this also sounds like the perfect opportunity for all cosplayers. Join the drill dressed up as your favorite character and enjoy the show. Hmmmmmmmm this looks like another distraction. I hope someone keeps an eye on Antarctica during this.

Btw isnt this kinda pointless anyway? If a nuke explodes over a city then it's gone. There is not much left after a detonation of that magnitude. This really reminds me of the great show Jericho.

just to name a quick few.

originally posted by: xuenchen
There were drills and exercises happening on 9/11/2001 too.


I'm sure if you look hard enough you can find some type of drill or training exercise occurring someplace everyday of the year. That doesn't make it a conspiracy, it's just training.

I guess somebody has dusted off the old tried-and-true "Let's Scare the Hell Out of the General Populace" playbook.

What are they gonna impose on us next to guarantee our safety and strip us of a little more Freedom?

Reminds me of operation blackjack

Well boooooo this drill then.


originally posted by: xuenchen
There were drills and exercises happening on 9/11/2001 too.

I'm sure if you look hard enough you can find some type of drill or training exercise occurring someplace everyday of the year. That doesn't make it a conspiracy, it's just training.

Which drills were going on in Fresno, CA yesterday ?