What lead you to discovering ATS?

posted on Apr, 18 2017 @ 10:57 PM
link
'Twas 9 ish years long-ago when I was on my way from the Great White North to the Great Barrier reef. My father suggested "why not save a bit of money and take the long way there?", little did I know, that $200 saved meant heading from my home town, to Toronto, to Calgary, to Las Angeles, to Taiwan, To Singapore, to Brisbane with a total of 24 hours on planes and 50 hours in airports.

And that was the last time I ever listened to him

However! 9 ish years ago was just the right time to catch the ever popular first Transformers movie, ready to be played over and over again for 24 hours in the span of 3 days (that didn't actually happen, but I did play it more than once). I'm halfway from the Singapore Changi Airport to Australia, and Michael O'Neil (playing Tom Banachek) pops onto the screen 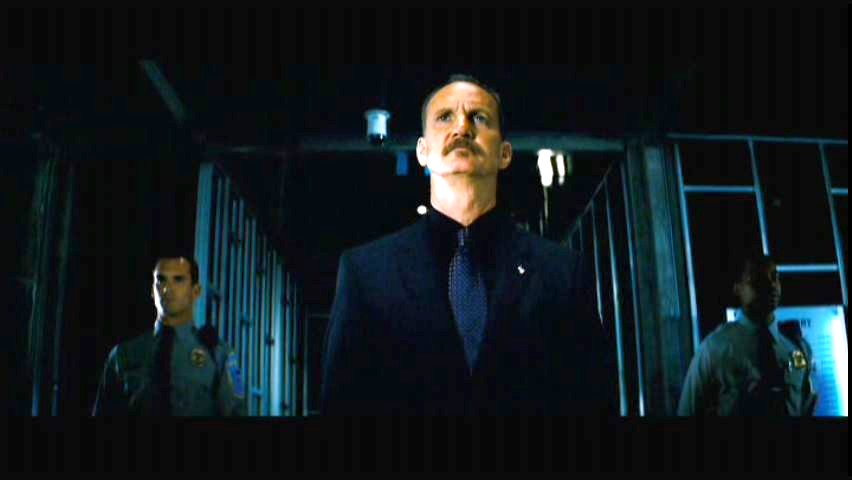 You have to accept that there are certain things you won't understand right away. Sector Seven is a special access division of the Government, convened in secret under President Hoover eighty years ago. You might remember NASA JPL lost the Beagle 2 Mars Rover? We told them to report the mission a complete failure. It wasn't. Beagle 2 transmitted for thirteen seconds. This was classified ABOVE top secret...

[Banachek plays a video of a giant lifeform crushing the Beagle]

For some reason that line "This was classified ABOVE top secret..." stuck with me. I stopped watching the film and just contemplated "IS there an event so profound that the government would label it 'Above' top secret?" For the next several hours I sat next to an incredibly talkative Australian man who must not have bathed in what could have been a month, decked out in a full-on Steve Erwin outfit - you know, what all Australians must wear by law. As he talked to me I was lost in my mind thinking "hmmm... ABOVE top secret".

3 weeks later after the worst sunburn of my life, I was stuck inside my hostel, shielded from the ozone hole letting all the rays in on Australia's Mooloolaba beaches, and nothing but a pay-per-hour computer that no one used. So I google the term "Above Top Secret", and there it is, a forum with like-minded friends and foes obsessing over all the things I wanted to know about throughout my entire life; Aliens, Cryptozoology, Religion, Blacked-Out Government letters, and the love of my life, nightstar (haha, happy birthday, again)

I was hooked and forever will be!

So! How did you discover ATS?

posted on Apr, 18 2017 @ 11:03 PM
link
Bob Dean, the ufologist I think. I became mildly interested in the subject, seen one of his videos, and fiction or fact, it was a fascinating accounting and wanted to know more..see if the guys legit, etc.
Eventually floated here.
When arriving, I seen a number of other subjects that triggered my interest, so signed up..

I dont feel like, after all these years, I am any closer to knowing what "truth" is...but man do I have a lot of new info to imagine on.

I heard it referred to on a "Where Did the Road Go" podcast. I checked it out. I lurked for a few months and then joined. It covers so many of the topics that I'm interested in but have few people in my life that share these interests. There is some idiocy, and pedantry, but there are so many well-spoken and thoughtful people that they really outshine any negativity. I've learned so much in the few short months I've been a member.

posted on Apr, 18 2017 @ 11:12 PM
link
I'm going to have to plead Alzheimer disease on this one. I have been coming to ATS for many years to check out different things and finally joined around 2012. I joined because we were expanding our prepping and was looking for more ideas.

I have no idea what I originally came here to check out, that must have been ten to twelve years ago when I first came here.

As I said earlier in other threads, the John Titor threads.
edit on 4/18/2017 by starwarsisreal because: (no reason given)

I think it was a weird fetish I have of reading silly prophecy or predictions when I try to go to sleep. I like the psychics.

Either that, or aliens. But for sure was just plain tired of main stream news. Was tired of msn before I found ATS.

posted on Apr, 18 2017 @ 11:43 PM
link
Years ago, I was playing Deus Ex (the first game in the series, not any of the recent ones). The game had a setting that related to many conspiracy related topics, such as Area 51, MIB, Illuminati, MJ 12, etc... I found these topics interesting and wanted to know more about them, outside of the video game.

After spending a bunch of time on the internet looking these things up, I eventually landed on ATS.

Google lead me here. And thennnn

:9/11
:Secret Aircrafts-looking into the Ufology threads in search of possible new aircraft sightings
&
:fascinated by John Titor too


Edit for above post: I lived in Nevada. So Area 51 was a thing before George Knapp made it a thing.
As an extra added bonus; George Knapp is a member here.
edit on 18-4-2017 by Bigburgh because: (no reason given)

posted on Apr, 19 2017 @ 12:10 AM
link
It was 9-1-1. My late buddy was going off on me about the ludicrous conspiracy theories and I hadn't heard a thing until I googled 911 conspiracy. Joined years later. I use ATS as my primary news source, just headlines.

Googling stuff about 9/11, made my way here, read for a decade, joined. Not too much of a writer but i read stuff here on a daily basis.

posted on Apr, 19 2017 @ 03:36 AM
link
I was a reader of What Really Happened,and they had a few links,one was ATS had a variety of topics,and after a few years I joined,was quite different then

posted on Apr, 19 2017 @ 03:36 AM
link
I was a reader of What Really Happened,and they had a few links,one was ATS had a variety of topics,and after a few years I joined,was quite different then

posted on Apr, 19 2017 @ 05:15 AM
link
After catching a broadcast o C2C am when Art Bell had the helm. He was interviewing John Lear and ATS was mentioned.

I lurked forever and was really intrigued by the vast amount of info here. Just recently jumped in feetfirst and joined in.

posted on Apr, 19 2017 @ 05:34 AM
link
a reply to: Ghost147
2012.
In conversation with my brother's family, when I was about to move to a new town, I made some flippant reference to the fact that somebody had reported seeing a UFO. My sister-in-law took it more seriously, commenting that we needed help of that kind "because they say the world is going to end in 2012".
I had not heard of this theory before, so I started googling "2012" and "end of the world" to satisfy my curiosity about the weird things people believe in, and of course came across ATS.
What kept me on ATS, in the medium term, was the long-running thread on "What's happening in Yellowstone?"