page: 1
50
<<   2  3  4 >>
log in
join
share:
Shamrock6
+20 more
posted on Apr, 18 2017 @ 02:01 PM
link
There's a book coming out that's written by a couple of journalists that "embedded" themselves with the Clinton campaign and, even according to the NY Times, it doesn't shy away from pointing out what many on ATS have said about her campaign: the albatross of all things Clinton, from past history to current ego, brought down her campaign.

In their compelling new book, “Shattered,” the journalists Jonathan Allen and Amie Parnes write that Clinton’s loss suddenly made sense of all the reporting they had been doing for a year and a half — reporting that had turned up all sorts of “foreboding signs” that often seemed at odds, in real time, with indications that Clinton was the favorite to win. Although the Clinton campaign was widely covered, and many autopsies have been conducted in the last several months, the blow-by-blow details in “Shattered” — and the observations made here by campaign and Democratic Party insiders — are nothing less than devastating, sure to dismay not just her supporters but also everyone who cares about the outcome and momentous consequences of the election.

The Daily Fail has a rather lengthy article on it as well, with some interesting quotations and excerpts.

According to the book, Obama was ‘determined to make sure that his friend understood that the election was over’ and that she had to accept the loss with dignity to counter Trump’s attempts to undermine the electoral system. Obama said that he ‘didn’t see any point in prolonging the inevitable’ and didn’t want to turn the election into a ‘recount mess’ - then having delivered his message he hung up.

(No apparent mention of anything about the DNC/Sanders, though)

Apparently at least some people, including Billy, were trying to clue her in to the danger Trump posed if not taken seriously.

Bill too had sensed that his wife and her campaign team were not grasping the danger that Trump posed. The authors contend that Bill felt that Brexit showed there was a ‘strong contempt for existing power structures that reflected the mood of the American electorate’. The book says that Clinton felt his wife’s team were ‘underestimating the significance of Brexit’.

And on and on and on. Some of the quotes and excerpts I saw had me thinking "ah...perhaps they finally understand?" but they were often followed by another quote that made me think "nope, you still don't quite get it, do you?"

A final quote, though -

In fact, the portrait of the Clinton campaign that emerges from these pages is that of a Titanic-like disaster: an epic fail made up of a series of perverse and often avoidable missteps by an out-of-touch candidate and her strife-ridden staff that turned “a winnable race” into “another iceberg-seeking campaign ship.”

So it appears that at least on some level, somebody in the vast Clinton universe has some handle on why what happened, happened. Just doesn't seem to be anybody in a position to have done anything to have fixed the campaign (and no, that's not wishful thinking on my part: simple statement of fact).

I put this in the mudpit because I presume if there's any traction with this thread, it'll be pretty partisan. Have fun, tip your wait staff!

Times article about charting a course into an iceberg


GuidedKill
+3 more
posted on Apr, 18 2017 @ 02:05 PM
link
I don't think this book is going to be that earth shattering....We already know she ran a terrible campaign and was basically unelectable.....

and there are people that still want her to run again in 2020.

As we like to say here in the South....Bless their hearts...

only if they are willing.

posted on Apr, 18 2017 @ 02:09 PM
link
They should have just named the book "The Emperors New Clothes". It is pretty much what it all came down to. No one in her campaign paid attention to the third grade fable.

originally posted by: hounddoghowlie
a reply to: Shamrock6

and there are people that still want her to run again in 2020.


He he he, hope that she does!

another we like down here is, a hard head makes for a soft a@@.

I think that's what was more interesting to me than anything else: some people did pay attention to it. Even Bill was sounding the alarm, to a certain degree. But the ego of her innermost of inner circles (of which I'm not convinced Bill is a part of) kept the alarm from getting through and even if it had, zero changes in behavior occurred.

originally posted by: GuidedKill
I don't think this book is going to be that earth shattering....We already know she ran a terrible campaign and was basically unelectable.....

Honestly, Trump was about the worst candidate out there, but, that being said, he connected with the people and he got the votes.

She didn't, and she ran a horrific mess of a campaign, right on down to committing a Romney by more or less insulting half the electorate calling them deplorable.


originally posted by: GuidedKill
I don't think this book is going to be that earth shattering....We already know she ran a terrible campaign and was basically unelectable.....

Honestly, Trump was about the worst candidate out there, but, that being said, he connected with the people and he got the votes.

She didn't, and she ran a horrific mess of a campaign, right on down to committing a Romney by more or less insulting half the electorate calling them deplorable.

That's pretty close to what Gavin McInnes says about the whole election: "we" tried Cruz, "we" tried this guy, "we" tried this other guy and you shot them all down so we had to go get this clown and then you somehow managed to lose to him.

So all of us who are slapping our selves on the back should take heed of what the media can do. They took this dead fish and almost got her elected.

WUNK22
+5 more
posted on Apr, 18 2017 @ 02:25 PM
link
I live a few miles from her alleged home in westchester. I personally know from some local law enforcement that the election night drunken rampage did in fact happen. My buddy was there, this truly is an unstable women that was almost in power of the nuclear codes. Scary stuff!

Konduit
+5 more
posted on Apr, 18 2017 @ 02:26 PM
link
I think the Obama presidency was really hard on her. Those were suppose to be "her" years, and it was stolen by a community organizer who her party thought was more qualified because of the color of his skin.

Then she goes for a second run against a candidate who her minions said no one could lose against... but she did, badly. She must go through an existential crisis every morning.

originally posted by: seasonal
a reply to: Shamrock6

So all of us who are slapping our selves on the back should take heed of what the media can do. They took this dead fish and almost got her elected.

Let's be honest though. Put lipstick on the pig and he's still a pig. I may mostly agree with Trump's policy positions, but he's like the frog prince before he got kissed and become the prince.

All ugly exterior and with weird free verse style 3am tweets-storms and all.

Nah, her party just knew that Obama had the ability to connect with people. Hillary doesn't have that and will never have that, not like she needs to be president.

It would have been a travesty if Hills had got in by the chicanery of bumping Sanders off the Dem road. Like the article says, 'Epic fail.'

Trump said, "I'll see your epic fail and raise you."

She needs a better therapist if she thinks running again is a winning idea. The Dems seem to be leaderless with no sign of succession. If they don't look at their policies and candidates, they'll be second string for a few years.

posted on Apr, 18 2017 @ 02:36 PM
link
I'll leave you with this classic rant from Jonathan Pie, the first liberal pundit to take his head out of the echo-chamber for 5 minutes and point out the glaringly obvious truth. 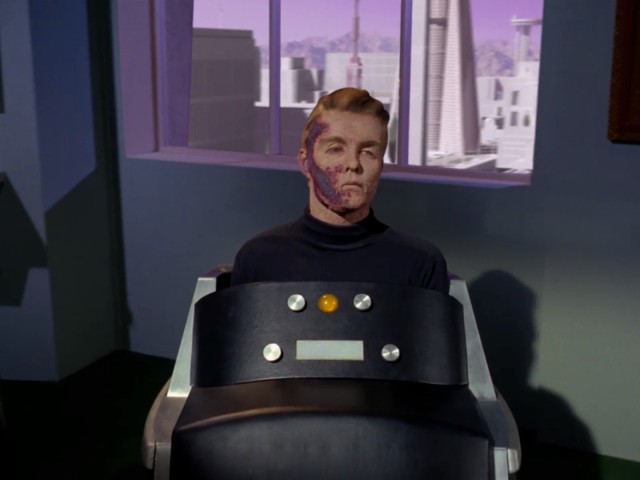