The End of the World Revolt of the Machines RPG

posted on Apr, 18 2017 @ 07:51 AM
link
I had an Amazon gift card Friday and decided to order a game. Amazon said it would be here Thursday but it came yesterday instead, much to my delighted surprise.

I got The End of the World Revolt of the Machines by Fantasy Flight games. 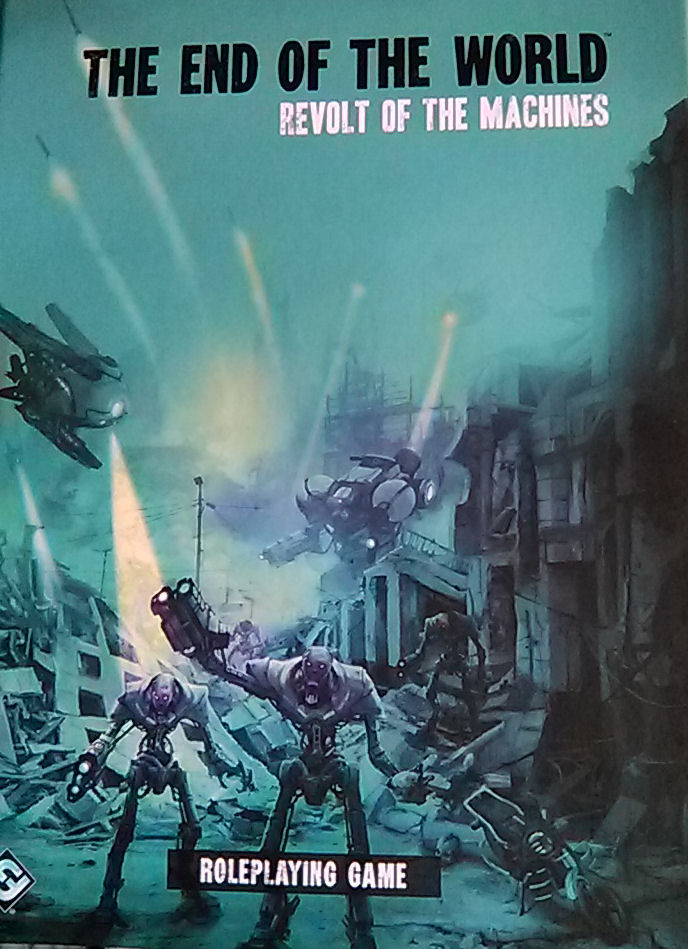 In the game you play yourself trying to survive the apocalypse. There are five scenarios in the book featuring robot uprisings, nono machines gone mad, and a Maximum Overdrive type situation where everyday technological object such as planes, trains, automobiles, and really everything turns against humanity.

It looks like a good game. I've seen the Alien Invasion, Zombie Apocalypse, and Wrath of Gods games played but not this one. I can't wait to get players. Anywho, the game uses a dice pool system. You have a certain amount of positive dice and negative dice based on certain factors on what you're trying to do. Rolls equal to or under the target number are a success. Failure means that you get a stress. Also, instead of hit points you have stresses and traumas. Once your boxes are filled you're dead.
edit on 18-4-2017 by Skid Mark because: Too early. I can't type lol

I will once I get to play it. I'm playing the Wrath of Gods (Cthulhu) in a week or two as part of an ongoing campaign. They all use the same rule system.

Here is an example of what the game play is like. This is one of the Wrath of Gods games.

Yeah, they make it look fun. Here is the "gag reel" from that game that one of their community members put together:


They play a lot of different games.They're live on Wednesday nights.Tomorrow they have a Dragon Age game.
edit on 18-4-2017 by Skid Mark because: (no reason given)

The game has five scenarios and the rules are flexible enough so you can run homebrew scenarios.