Rand Paul, Trump and McCain as reported by Ben Garrison.

Ben Garrison is an American political cartoonist who lives in Lakeside, Montana.[1] His political views have been described as libertarian, and his cartoons often portray President Donald Trump in a favorable light.[1][2] In a 2015 interview with Breitbart News, he said he did not support any presidential candidate in the 2016 election, but also said he admires Trump for "shaking up the neocon-controlled Republican Party."[3] 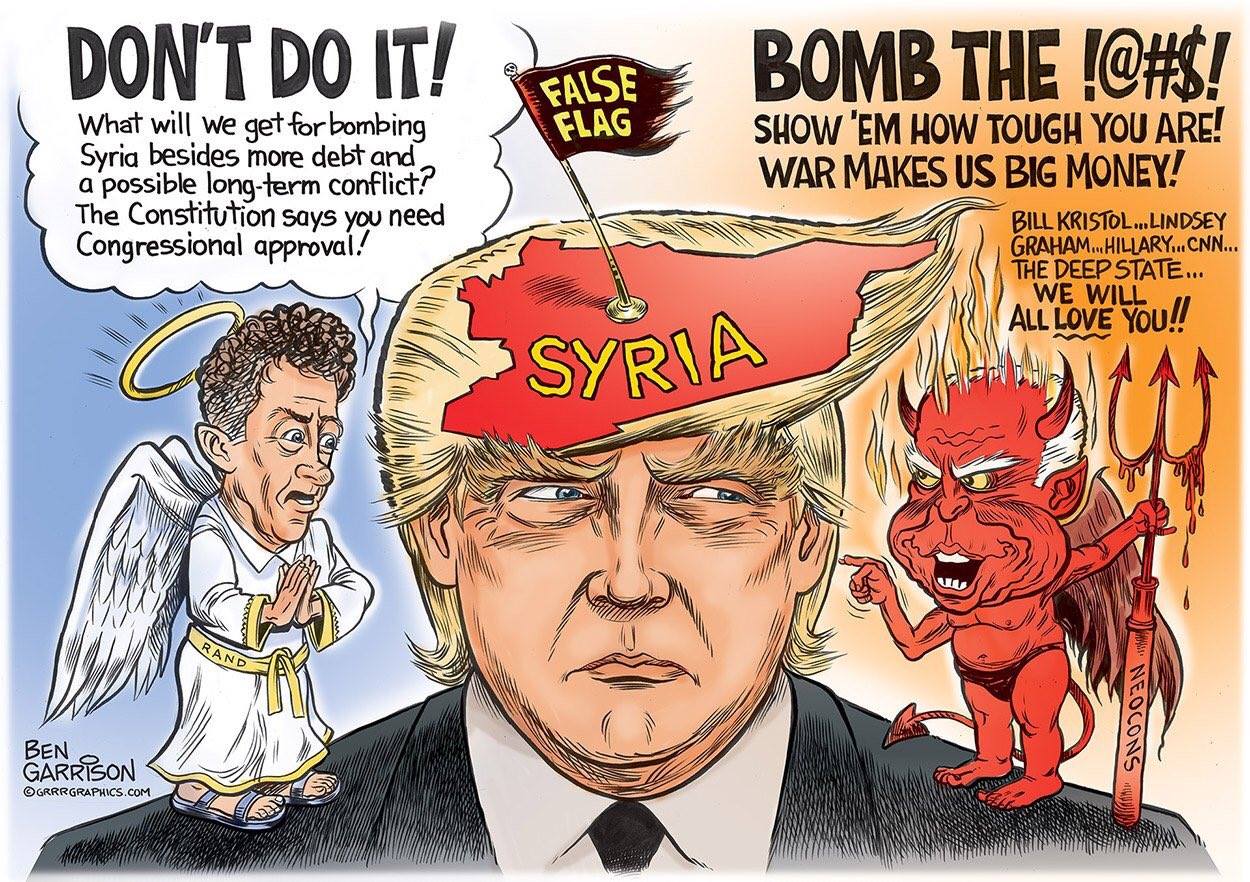 I like it.
I wish Rand would've had a chance last year..