posted on Apr, 6 2017 @ 05:09 PM
link
OK I'll get right down to it. If anyone has seen the movie JFK (100% historically accurate by the way), you may recall that a character played by Kevin Bacon identified Lee Harvey Oswald as having been at a gay party where the assassination of Kennedy was discussed. He said Oswald was going by the name Leon Oswald. OK, simple enough right?

Now, last week I was visiting my parents house. My father's name is Leonard. While sitting at the dining room table I noticed some mail addressed to a "Leon [my father's last name]". Huh? To my knowledge he has never gone by Leon. Sometimes Lenny or Len. That got me wondering if there could be some connection. He says he has no recollection of where he was when Kennedy was assassinated. I found that somewhat suspicious, so I tried to further my investigation by tearing the house apart and going through old stuff. I was digging through the family photo album when I came across this picture: 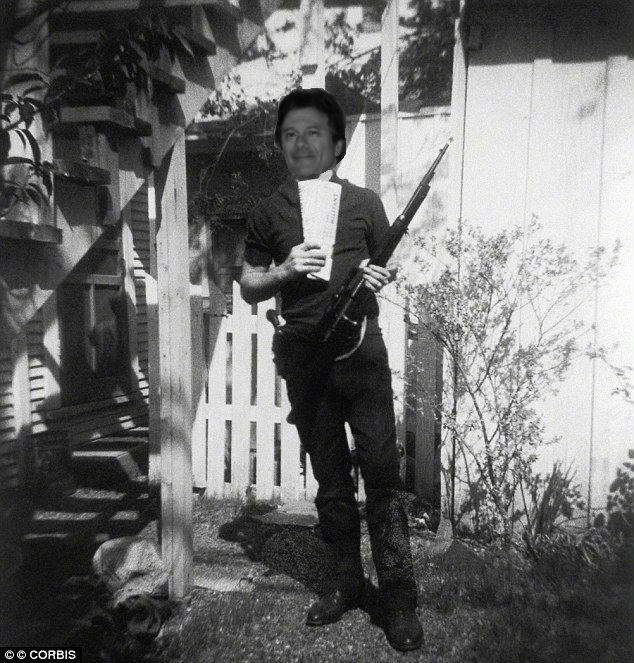 It's my dad holding a rifle! Apparently the same model that supposedly shot Kennedy in 1963! Now, I know what you're thinking. That looks just like the famous photograph of Oswald holding his rifle that was circulated by the #fakenews media to implicate Oswald. Everyone knows that photo was a fake. Oswald said so himself! (very honest man, by the way). Could my father have been involved in the JFK assassination? And then they pasted Oswald's face onto this photo, planted some fingerprints and boom, instant patsy?

I have a hard time believing my father could kill anyone, let alone President Kennedy, a man with true panache, and a wife with impeccable taste. So where was my father that day? I asked my mother if she knew his whereabouts. I must be getting close to the truth, because she also purported not to know either. Now come on, they weren't married then but they lived in neighboring small towns. It was the 60s. We've all heard these old timers say how in the small towns back then "everybody knew each other". They of course mean this literally. Now if they knew who everyone was, it stands to reason they would know where everyone was as well. It's a logical extrapolation. Is my mother lying?

In November 1963 both of my parents were about 2 and a half years old (I admit it's possible this has something to do with their inability to remember where he was, but c'mon, who doesn't remember their Toddler Years?) What were most 2-going-on-3 year olds doing in the 60s? Pretty much everybody was high as balls back then. He could've been all hocked up on goofballs and some deep state operatives convinced him to shoot the president.

And it gets even stranger! Now we're going deep down the rabbit hole here but, has anyone here noticed that nobody talks about Gaddafi anymore? He's supposedly dead but I mean, isn't everybody? I'll cut to the chase here: 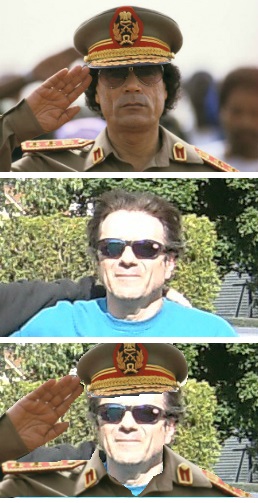 I'm really not even sure what to make of that.

I think you're on to something.

Is that the supposed "alien" pic that shut down 4chan, not alien fter all

originally posted by: Cobaltic1978
Are you calling yourself the Bastard Child of Gadaffifiifii?

Not sure where you got the idea I was born before my parents married? Please don't make things up...

That supposed picture of your dad holding a rifle looks like a piss-poor photoshop job, and that's giving it too much credit. Your dad also looks nothing like Gaddafi.

Good thread for a laugh, but you're a little late for April Fool's.
edit on 6-4-2017 by Aldakoopa because: (no reason given)

really sad piss poor taste. both the jfk assassination and the overthrow of gaddafi,were turning points in the world and to mock and make fun of them is pitiful, just pitiful.

and yes there are several threads on ATS within the past couple of years about both.
edit on 6-4-2017 by hounddoghowlie because: (no reason given)

Just wondering what your intent with this thread was. The copyright on the photo with the cropped head is interesting. Is it accidental or purposely that the photo is obviously a fake?

It was meant as a satire on the loose "logic" that people use to connect things in some of the conspiracy theories that get thrown around on here.