Another day, another seemingly innocuous tie between a member of the Trump administration and Russia. This time around, it's Ezra Cohen-Watnick, who was identified by The New York Times as the administration staffer responsible for digging up the reports that were then fed to Nunes at a clandestine meeting at the White House before being foisted on the public the next morning as part of an obvious attempt to derail the House Intelligence Committee investigation, shift the focus away from #RussiaGate and as stated by Nunes himself on Seans Hannity's Faux News Trumpsterfire HQ Show, "I felt I had a duty and obligation to tell him because as you know he’s been taking a lot of heat in the news media."

Before I get into the newest tie — which could be nothing — here's a brief background on Cohen-Watnick. Even if you're not interested in the latest not-very-conclusive-but-still-wtf-is-up-with-all-these-damn-ties-to-Russia link, you might find something interesting you've overlooked in the the deluge of counternarrative propaganda blasting from the failing Trumpster Fire Administration.

Ezra Cohen-Watnick is 30 years old and grew up in Chevy Chase, MD, a suburb of DC. After graduating from the University of Pennsylvania in 2008, he went to work as an intelligence analyst at the DIA and that is where he met the then DIA Director, Lt. Gen Michael Flynn. Haaretz describes him as a "fast-rising protege" of Flynn, who hired him onto the Trump transition team.

Back on March 15, The Washington Post reported that after the ouster of his mentor Flynn, Flynn's replacement, H.R. McMaster, moved Cohen-Watnick out of his role as senior NSC director for intelligence programs. According to the WaPo sources, this move was done on the advice of CIA Director Mike Pompeo because some intelligence officials had problems working with him and didn't feel he was up to the job.

That happened on a Friday. Apparently Cohen-Watnick had become close with both Kushner and Bannon and according to Politico's reporting from March 14, they appealed to Dear Leader and he was back in place by Sunday. 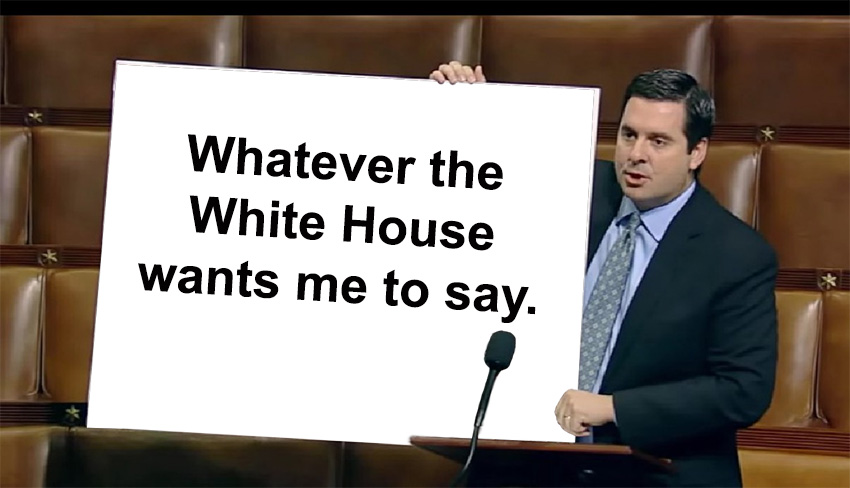 Two weeks later, the NYT outed the Flynn protege as the person responsible for digging up the reports that the WH fed to Nunes for release to the public, not unlike how Russia released hacked emails through Wikileaks — it was meant to disguise the source but nobody's really buyin' that #.

There were conflicting accounts of what prompted Mr. Cohen-Watnick to dig into the intelligence. One official with direct knowledge of the events said Mr. Cohen-Watnick began combing through intelligence reports this month in an effort to find evidence that would justify Mr. Trump’s Twitter posts about wiretapping.

But another person who was briefed on the events said Mr. Cohen-Watnick came upon the information as he was reviewing how widely intelligence reports on intercepts were shared within the American spy agencies. He then alerted the N.S.C. general counsel, but the official said Mr. Cohen-Watnick was not the person who showed the reports to Mr. Nunes.

Officials say Mr. Cohen-Watnick has been reviewing the reports from his fourth-floor office in the Eisenhower Executive Office Building, where the National Security Council is based.

Okay, now that we've got that out of the way, here's the latest. The person responsible for digging this little tidbit up, as it turns out, is E. Randol Schoenberg, an attorney and genealogist known for recovering art and other valuables stolen by Nazis during the Holocaust. He was played by actor Ryan Reynolds in the movie Woman in Gold.

His research, which was posted to his blog, was picked up by The Jewish Journal.

Specifically, it’s the Jewish wedding of Ezra Cohen-Watnick, the White House aide whom the New York Times identified as having leaked sensitive intelligence to a high-ranking Republican congressman in March. New information suggests Cohen-Watnick’s wife worked on behalf of the Russian government as a Washington D.C-based public relations specialist before they married.

In November, the 30-year-old Trump aide celebrated his upcoming wedding with Rebecca Miller, a content executive at the multinational public-relations firm Ketchum, which was retained until 2015 by the Russian government. While at Ketchum, Miller reportedly worked to “make Russia look better.”

The information comes from an oral history interview of Miller’s mother, Vicki Fraser, by the State Historical Society of Missouri in August 2014 (Fraser was born in St. Louis).

“Her big challenges right now are Ketchum is responsible for providing PR and marketing to try to make Russia look better,” Fraser told the interviewer of her daughter, “which is particularly difficult when they’re invading other countries and when Putin is somewhat out of control.”

Be very afraid of we genealogy nerds.

Here's a link to the oral history (PDF). If you're unfamiliar with Ketchum, take a minute to Google them. This excerpt from an article in The Atlantic describes a little of Ketchum's work in regards to Putin (they also represent Carter Page's favorite state-owned Russian natural gas company, Gazprom), one of the many unsavory political clients they've represented:

What Exactly Did Paul Manafort Do Wrong?

Around the time Manafort’s contract with Deripaska was up, another Western company took over: Ketchum. One of the biggest American PR firms, Ketchum was hired by Putin when, in 2008, Putin stepped aside after two presidential terms and became prime minister. Ketchum helped soften Putin’s image in the West—very necessary after the war with Georgia—by printing ads in Western newspapers and schmoozing up Western journalists in Moscow, pitching us skeptics stories on the Russian government’s drive to modernize and diversify the resource-dependent economy that had fared so poorly in the financial crisis. In 2013, at the height of the stand-off over the use of chemical weapons in Syria, Ketchum placed a controversial op-ed in The New York Times, one they claimed Putin wrote himself. It ran on September 11, and cautioned the U.S. against getting militarily involved in the Syrian conflict, trying to create public support for the deal Obama would eventually cut with Putin to get Bashar al-Assad’s chemical weapons out of Syria. Many Republican commentators blasted Obama for the move, saying he had caved to Putin and that the weakness opened the door for Putin to invade Ukraine. Had Ketchum and the Times, in effect, advanced Putin’s interests and “greatly benefited the Putin Government”? 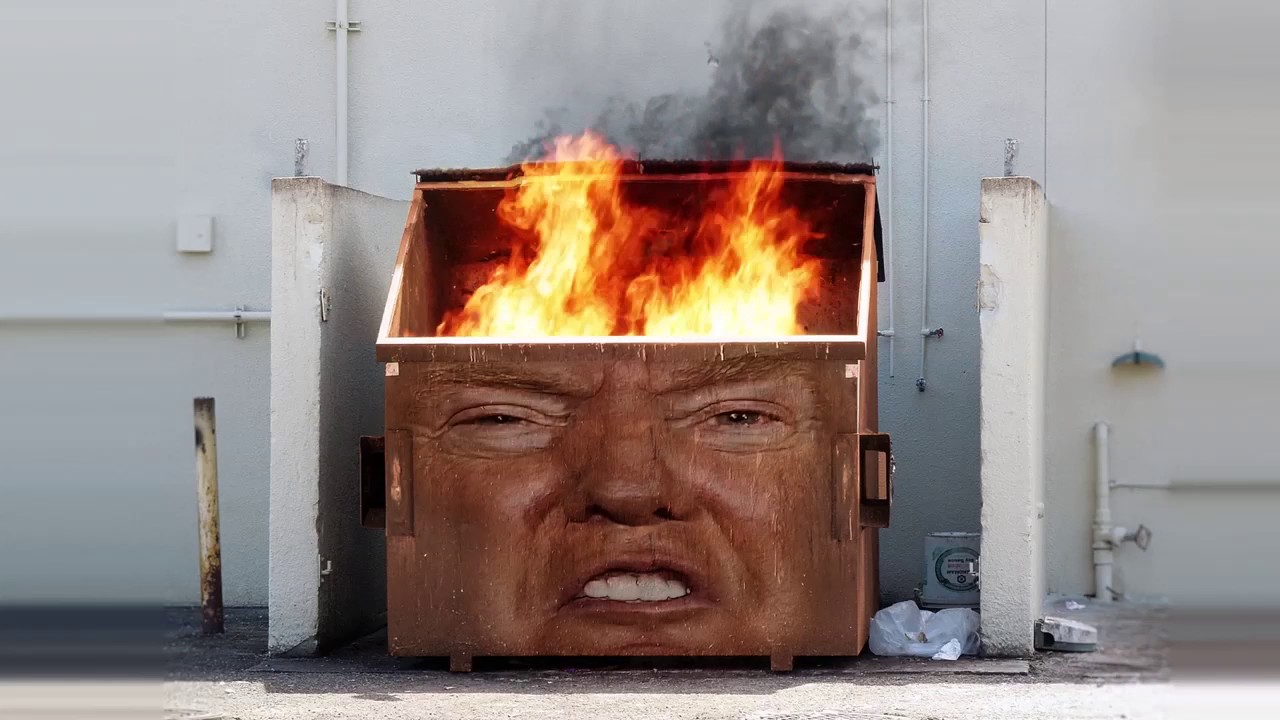 posted on Apr, 5 2017 @ 04:46 PM
link
It seems a lot of Jewish Americans are high supportive of Russia. Russia has lots of Jewish people and is on good terms with Israel even though Israel uses no Russian hardware.

NthOther
+7 more
posted on Apr, 5 2017 @ 04:51 PM
link
It's frankly a little depressing to watch your thread construction skills being wasted on baseless propaganda.

originally posted by: NthOther
It's frankly a little depressing to watch your thread construction skills being wasted on baseless propaganda.

He should be getting paid for his work.

Not he, he spouts talking point worthy propaganda.

Must be young, haven't properly had his dreams crushed.

You know you're getting somewhere by the measure of resistance you get.

Keep up the good work; you make those of us who still care about the truth very proud.

posted on Apr, 5 2017 @ 05:49 PM
link
As a Jew myself, I do wish for a good relation between Russia and America. Both are strong allies of Israel and the Jewish people. I think both should work together against jihadists and Islamic terrorism.

originally posted by: allsee4eye
As a Jew myself, I do wish for a good relation between Russia and America. Both are strong allies of Israel and the Jewish people. I think both should work together against jihadists and Islamic terrorism.

Perhaps then you might work on getting your Russian friends to stop aiming thousands of nuclear warheads at us?

posted on Apr, 5 2017 @ 05:59 PM
link
When Trump gets exonerated, all of these threads you have made will look extremely foolish.

Take it to the bank.

originally posted by: ColdWisdom
When Trump gets exonerated, all of these threads you have made will look extremely foolish.

Take it to the bank.

Who has accused Mr. Trump of anything?

It's the folks around him that are dirty, or well, seem to have a strong tendency to lie about what they do.

How do you know Russia is aiming nukes at America?

originally posted by: NthOther
It's frankly a little depressing to watch your thread construction skills being wasted on baseless propaganda.


I thought it was hilarious.
I laughed the whole way through it.

originally posted by: allsee4eye
a reply to: Gryphon66

How do you know Russia is aiming nukes at America?

How do you know that you have a brain?

Soviet Union / Russia have ALWAYS had Nukes aimed at America.. LOTS OF THEM.

Russia has Borei nuclear missile subs. They can aim at any country within seconds. Anyway, arms race is good for both countries.

posted on Apr, 5 2017 @ 07:24 PM
link
All the anti-Russian stuff comes from the Saudis, their main rival for the oil etc markets of Eurasia.

Starving children in Yemen. Illegal war in Syria to build the Saudis an empire. Regional depopulation by war and by making people run for Europe. That's what the OP is fighting for with his propaganda.

originally posted by: allsee4eye
a reply to: Gryphon66

Russia has Borei nuclear missile subs. They can aim at any country within seconds. Anyway, arms race is good for both countries.

originally posted by: 11andrew34
All the anti-Russian stuff comes from the Saudis, their main rival for the oil etc markets of Eurasia.

Starving children in Yemen. Illegal war in Syria to build the Saudis an empire. Regional depopulation by war and by making people run for Europe. That's what the OP is fighting for with his propaganda.

You better check the playbook ... Trump made a policy reversal on Russia today.